Garmin just brought solar power to its Forerunner line, a cult-favorite among runners.

Along with some other devices, the company took the wraps off its new Forerunner 995 Solar today. The $600 running watch packs a new touchscreen display, physical buttons, up to 20 days between charges via its “Power Glass” charging lens, multiband GPS and a new heart rate variability feature, among other things. Garmin is also selling a standard 955 (sans solar), which shaves $100 off of the price and five days off of the effective battery life.

Toward the lower end, Garmin also announced the Forerunner 255. As the Verge pointed out, it isn’t all that different from the earlier Forerunner 245. The $350 device adds multiband GPS, contactless payments and some new software features. It comes in two sizes, each with optional music features that’ll set you back another 50 bucks. All of the new watches are available as of June 1. 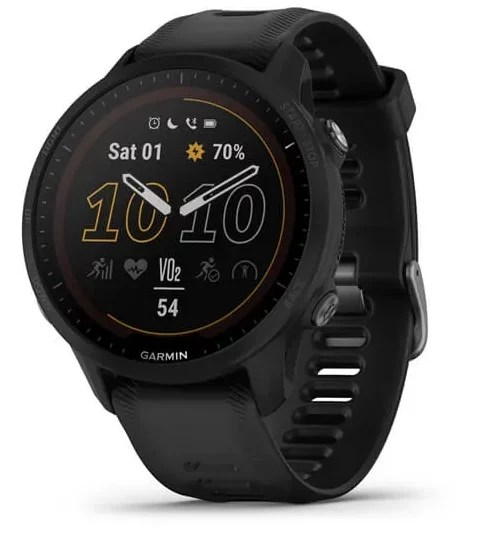 Solar-powered digital watches date back to at least the early 70s, so this isn’t what you’d call a groundbreaking launch. Garmin released its first GPS watch with solar power back in 2019 and expanded its solar lineup a year later. But it’s still pretty exciting to see solar on new feature-packed watches, in part because keeping them charged is still a pain.

Though specialized watches like Garmin’s can go a lot longer than generalist smartwatches between charges, never having to plug one in again is the dream. Plus, wearables often require proprietary cables to juice up — the sort that can easily get buried in a drawer somewhere. It’d be nice to lose those, too.

Sadly, you’ll still need a cable if you decide to snag a 955 Solar. In Garmin land, solar power simply stretches out each charge by a few days. For the 955 Solar, Garmin says the extra $100 for the charging lens can boost its life by as much as five days, with caveats: It assumes the wearer will spend three hours in 50,000 lux conditions per day — that’s about three hours spent outside in indirect sunlight. Office-bound city dwellers won’t hit those numbers year round, at least not in places like New York.