Discord is giving its voice channels text-based chat too. The company announced Wednesday that it would roll out text chat for the platform’s voice-based chat rooms, adding a way for anyone hanging out out loud to easily share links and other text without having to channel hop to go find it.

The feature will roll out globally to all Discord servers by June 29. Servers that haven’t enabled community features will see text chat for voice pop up right off the bat, while community servers will need to opt into the new feature. The 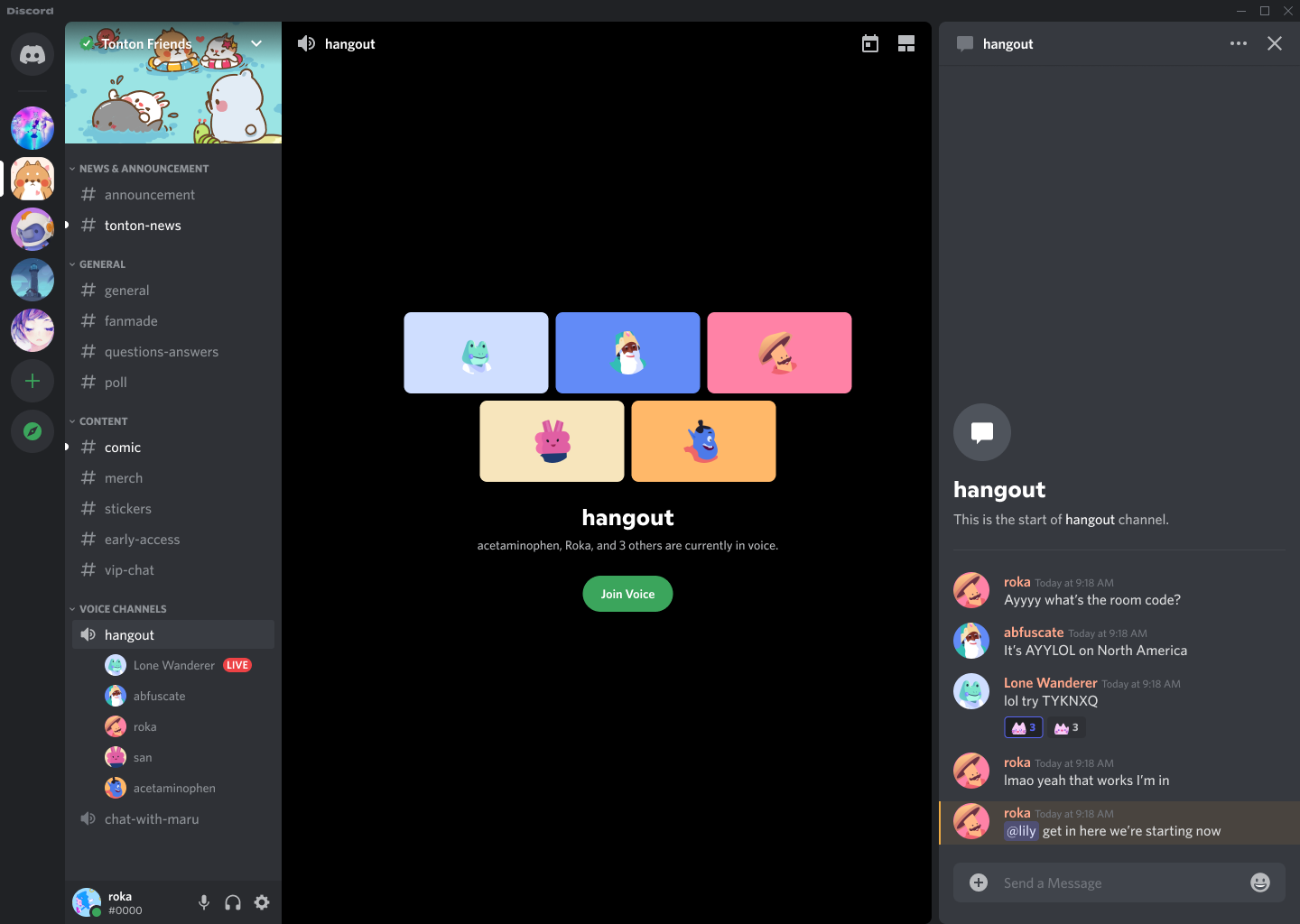 Discord tends to be keenly aware of community pain points and the measures its enthusiastic users take to make things work for their communities. Splicing text chat into voice-based chat channels gives those communities some overdue functionality to make their experience on the platform a bit smoother.

In big Discord servers, it’s not uncommon to see voice chat channels with their own dedicated text-based chat channel, a workaround that gets out of hand quickly when you’ve got a ton of different voice chat rooms. The new feature rollout will solve the need for redundant channels that people have to go digging around for if they want to share something they just mentioned via voice.

Like normal text-based channels, text chat in voice channels will allow Discord users to share links, messages, emojis, GIFs and stickers. Mods can customize these permissions on a granular level like they’re able to with existing text chat channels.

Server members who don’t want to voice chat will still be able to check out a channel’s shared text and links by hovering over the channel and selecting the chat icon.

Discord notes that mods and server owners can choose which voice channels will have text chat enabled and who is able to use the text chat feature within voice channels, based on permissions level. The company says that it worked with developers before the launch so many moderation bots are ready to handle text chat in voice channels out of the gate.

Discord is testing forums, new mod tools and homepages that surface hot topics in some servers