If a kid is having trouble at school, one of the standard steps is to schedule an assessment for conditions like dyslexia, ADHD or anything else that might require a special approach. But with teachers and psychologists overworked and in short supply, Parallel Learning is hoping that remote options can help get kids back on track with less delay, and has raised $20 million to expand its reach to new states.

The New York based company was started when it became clear that a new approach was needed in the assessment and therapy space. In past years, if a kid needed an assessment, they got it and then they got the tutoring or accommodation suggested.

But the numbers of kids qualifying for special education have increased in recent years, and districts have struggled to even keep up with the assessments, let alone the special teaching load this growing cohort needs. Parents may wait half a year before a kid can be given an official diagnosis or recommendation, and all that time they may be struggling to read, keep up in class or relate to their peers. And that was before the pandemic, during which these same numbers, along with comorbidities like depression and anxiety, shot up even higher.

Parallel provides the same types of services a school district or parent has used in the past, just in a telehealth setting.

“We haven’t reinvented the wheel — we’re sticking with the research that’s already done,” said CEO and founder Diana Heldfond. “These are proven methods of helping kids overcome all of these challenges; we’re just thinking of how to make them better, how to build tools to better deliver that curriculum.”

The process of assessment and tutoring works much as it did before, when schools would contract out to private psychologists in their areas to perform in-person interviews. Parallel just does them online, doing the same switch that other medical and professional contexts have done — not without some speed bumps — over the last two years. But the alternative is kids being, essentially, neglected at scale. 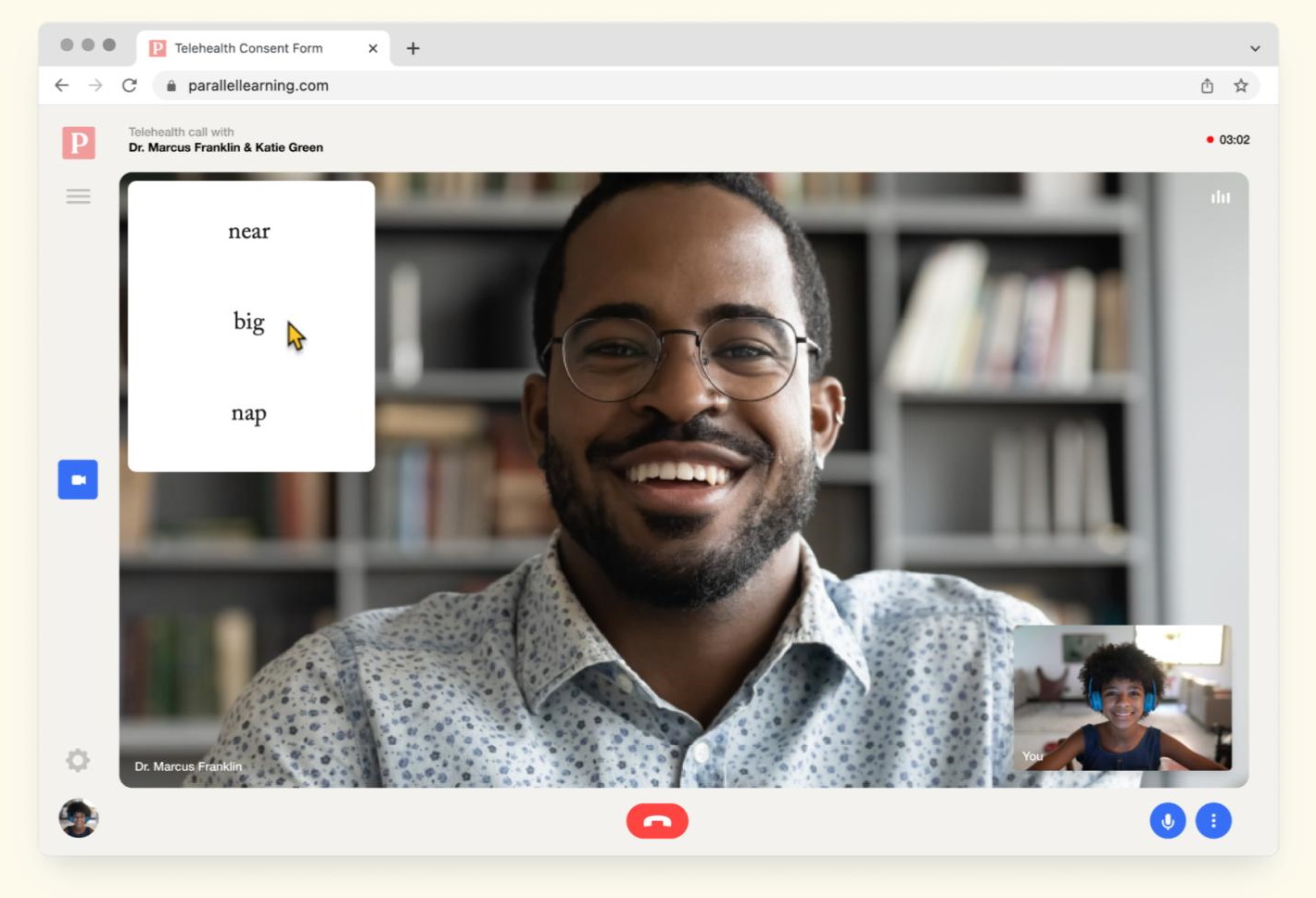 “There’s just a drastic shortage of actual providers,” Heldfond said. “The reality is not all students are even going to get to the point where they get qualified. And teachers across the board have been overburdened over the last couple years — special ed teachers used to have case loads of 30, now they’re looking at 60. We’re able to scale because at the end of the day, we’re a tech platform, and we can be efficient with providers’ time.”

Parallel employs providers in the assessment and special education capacities, first allowing a quicker assessment turnaround and then optionally the extra help that comes after. But Heldfond was quick to note that this isn’t some diagnosis mill.

“We work with partners who have full clinical teams putting together these test materials, and they’re widely accepted by schools for assessments,” she said — in fact, doing it virtually may have some advantages. “When it comes to psychological evaluations, even the tiniest distractions can throw it off. Being able to do this in a comfortable space like a child’s own home or a classroom is better than going to a psychologist’s office, being pulled out of class and being told you’re different.” 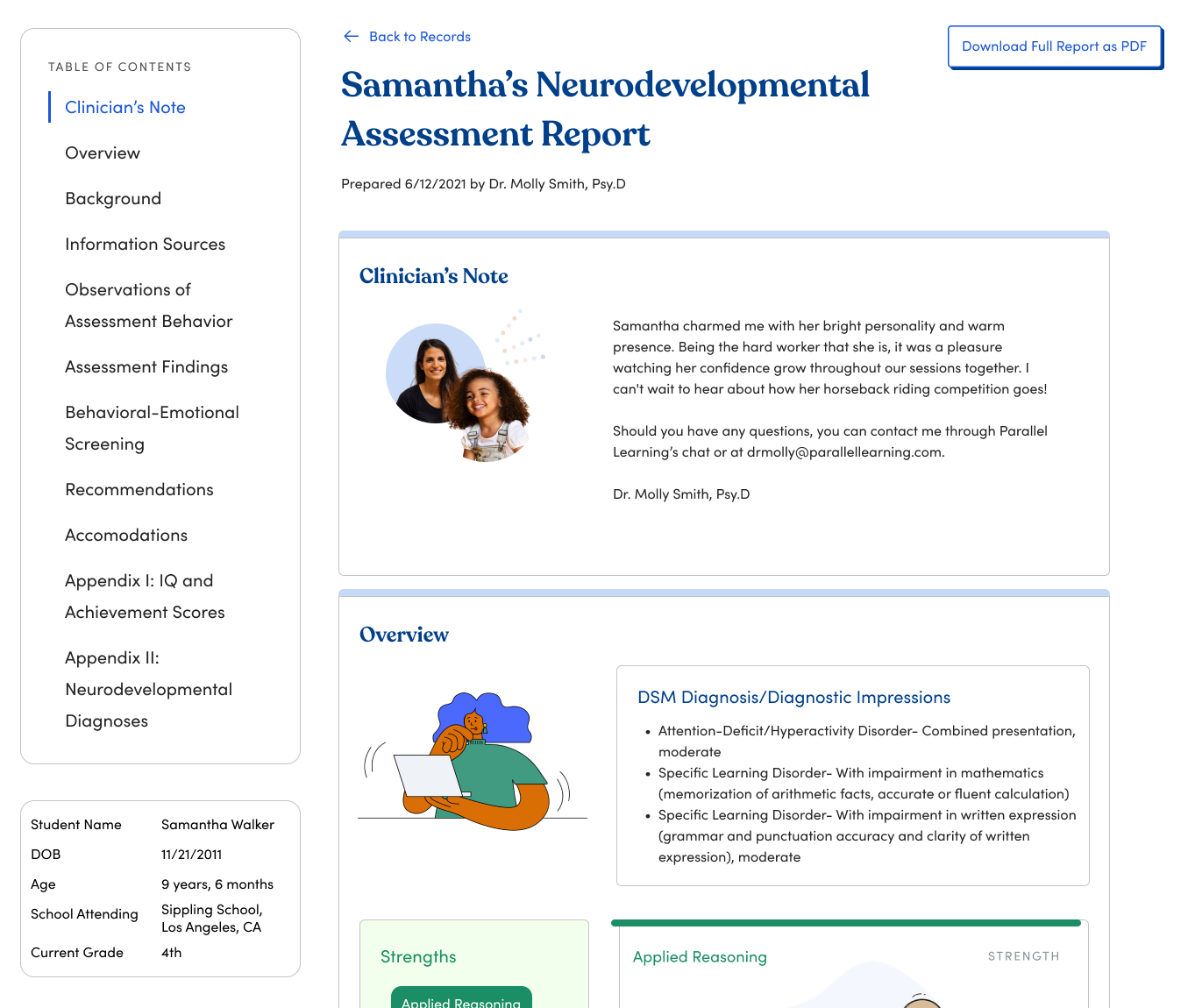 The business model is straightforward, and not dissimilar to how agencies and psychologists work already, but with the added bonus of tech-enabled streamlining of paperwork and scheduling. And then of course there’s the benefit of not having to drive anywhere to get or provide the services.

The $20 million A round follows a $2.8 million seed way, way back in December of 2021. This new one was led by Tiger Global, with participation from Obvious Ventures, Jaws Ventures and Vine Ventures.

The money will allow Parallel to scale up, since although as a tech platform it’s easier, they still need to scout new psychologists, communicate with new school districts and continue working on and supporting the product itself.

“We’re working in five states now, and hoping to launch in 12 more by the end of the year,” Heldfond said. “We’ve taken a very slow and thoughtful approach to expansion because we realize how personal and important these services are.”

Going from zero to 17 states and $23 million in six months might not be everyone’s idea of “slow and thoughtful,” but it seems Parallel doesn’t want to hit the same obstacles as in-person testing and just be another service parents have to wait for.