Actiondesk is a new spreadsheet solution for the software-as-a-service era. It connects with the databases, CRMs and SaaS tools that you already use so that you can build dashboards and generate reports without having to manually import data.

The startup raised a $3.9 million seed round from Tiger Global, Bling Capital, Y Combinator, Speedinvest, FundersClub, Liquid2 and others.

“Actiondesk is really a spreadsheet software solution that is quite similar to Excel or Google Sheets,” co-founder and CEO Jonathan Parisot told me. “Actiondesk can connect with 200 databases and SaaS products. It lets business teams create databases and reports with spreadsheet skills and without having to use a complicated business intelligence tool.”

There are two ways to track metrics and use reports to run a business. You can do it in Microsoft Excel and Google Sheets. Once you have created your spreadsheet, you’ll have to export data from various SaaS products and then import those CSV files into Excel. It’s a cumbersome and error-prone process.

Otherwise, you can build a full-fledged data strategy. It often starts with a data warehouse to collect all your data in a single place. After that, you can use a business intelligence tool, such as Tableau or Power BI.

“It requires significant investment and some companies aren’t capable of doing that,” Parisot said.

For companies going down the Excel route, I asked Parisot about general purpose no-code services like Zapier. With a tool like Zapier, you can configure some automated tasks and cut down on repetitive import tasks for instance.

“Zapier hasn’t been created for that. Zapier is really good for things like ‘if this happens, let’s do something.’ Let’s look at HubSpot for instance. For example, Zapier is going to work really well to create a new row when I have a new contact in my CRM. But when the contact is updated in Zapier, it’s not going to work really well,” Parisot said. You may have to create a trigger condition for each value in your CRM.

For this reason, Actiondesk believes the right tool is a brand new spreadsheet product. When you first start using Actiondesk, you connect it with several data sources. The startup has integrations for various CRM solutions, databases, data warehouses, support software, such as Zendesk and Intercom, billing software like Stripe, marketing and ads services, etc. Most clients have at least two data sources. 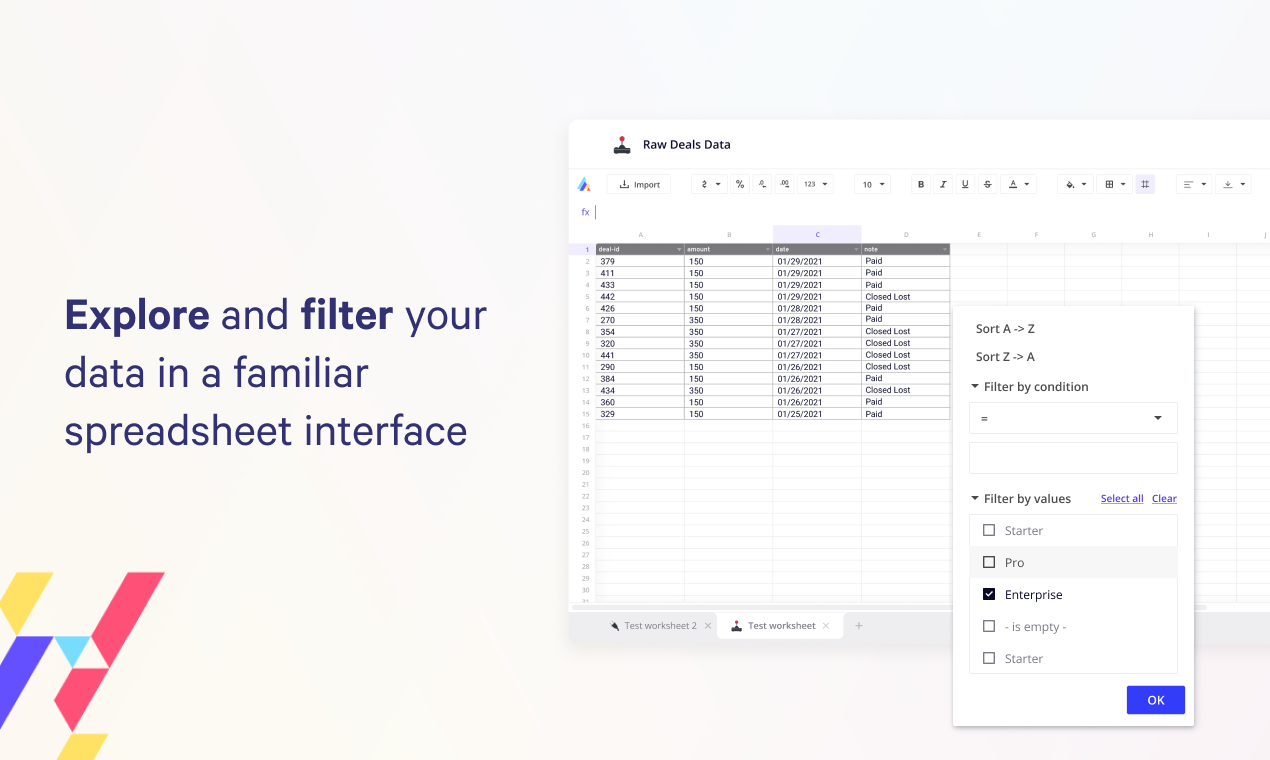 After that, your data is imported in Actiondesk. It is regularly refreshed so that new data appears every hour or so. You can manipulate these datasets without worrying too much as it’s just a replication of your live databases. It won’t alter your databases.

Companies can then add formulas, create charts and start working on these datasets like they would do in Excel or Google Sheets. Actiondesk says it supports the most common Excel formulas, including pivot tables, filtering, ordering, etc.

You don’t need to learn to write SQL queries to start using Actiondesk. There are also some templates to help you get started. Finally, you can schedule weekly reports via Slack and email in case that’s useful.

Essentially, if you currently use Excel to track your company’s performance, Actiondesk lets you generate better reports without having to learn new skills. Of course, competing with Excel is no small feat. So it’s going to be interesting to see how Actiondesk performs over the coming years. 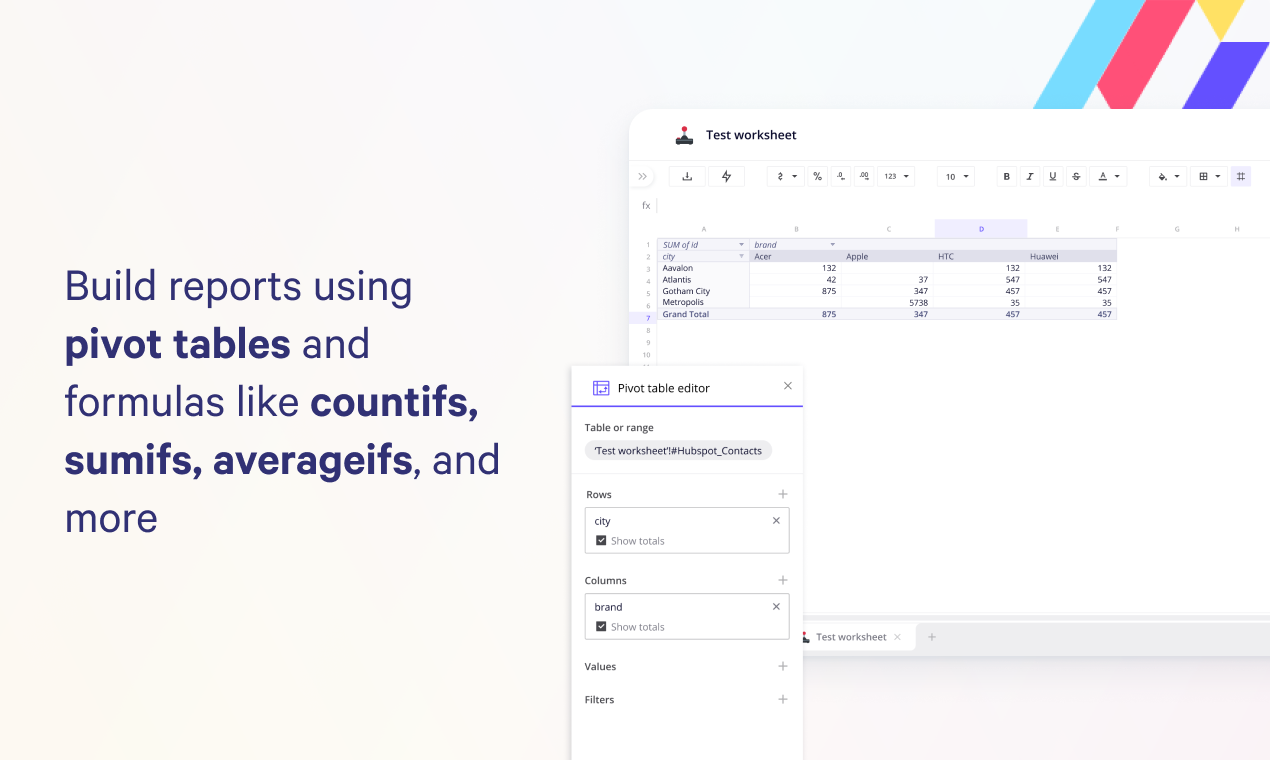