Hi frens, welcome back to The Station, your weekly guide to everything going on in the world of transportation.

First up, TechCrunch finally got back onstage and in person for our fourth annual TC Sessions: Mobility event in San Mateo! Our three-day event (two days in person and one day online) featured some of the best and brightest minds in mobility.

We had live demos from the likes of Arrival, Holoride, Nuro and Zoox, panels about everything from robotaxis and urban air mobility to electric vehicles and micromobility, an early-stage startup pitch competition, roundtable sessions, networking and even some news.

If you weren’t able to catch the event, no worries. We have the highlights. Also, if you’re a TC+ subscriber or bought a ticket to the event, you have access to all of the sessions, which are available via on-demand video.

Luminar founder and CEO Austin Russell gave a bit of a spicy interview that described how a skeptical eye during peak lidar hype helped them focus on real markets into lidar.

Nuro co-founder and CEO Jiajun Zhu hinted at plans to expand Nuro’s autonomous delivery operations to LA, plus other key takeaways from his panel.

Ralph Gilles, chief design officer at Stellantis, gave an insightful interview with TechCrunch’s Matt Burns. One item that surprised me: One of the top vehicle designs he wants to be remembered for is the Chrysler Pacifica minivan, which he called an “unsung hero” and described as a “Swiss Army knife.”

Swyft Cities, a startup that’s building autonomous gondola networks, won the mobility pitch-off and is now fast-tracked into the Battlefield 200 at TechCrunch Disrupt in October. Beyond Aero was the runner-up.

VW Group CEO Herbert Diess provided a few more details about plans to increase its market share in the U.S. to 10% by the end of the decade, including that a new standalone factory with a capacity of about 300,000 vehicles a year will be built to support the new independent Scout brand.

Waymo co-CEO Dmitry Dolgov announced that the company is pulling the human safety driver out of its recently expanded robotaxi operations in downtown Phoenix.

Zoox shared a close-up of its commercial electric robotaxi, a four-passenger, cube-like vehicle with large black sliding doors, floor-to-ceiling windows and plenty of other high-tech innovations.

As always, you can email us at kirsten.korosec@techcrunch.com and rebecca.techcrunch@gmail.com to share thoughts, criticisms, opinions or tips. You also can send a direct message to @kirstenkorosec or @rebeccabellan. 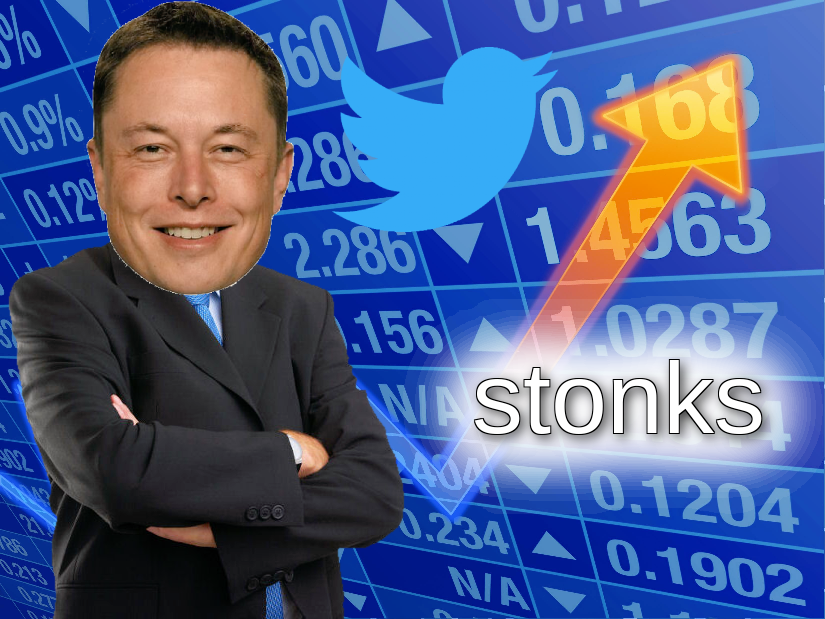 Tesla CEO Elon Musk has used Twitter to weigh in on a trove of topics over the years, from EVs and COVID-19 to space, manufacturing, tunnels and his plans to buy the social media network.

Musk ramped up his rhetoric in recent days and he is now playing political pundit slash victim of a leftist agenda.

On Wednesday, Musk tweeted: “In the past I voted Democrat, because they were (mostly) the kindness party. But they have become the party of division & hate, so I can no longer support them and will vote Republican. Now, watch their dirty tricks campaign against me unfold.”

Why the sudden turn against a party that, aside from supporting some of his same efforts around climate change, also provided substantial support for Tesla during the Obama administration years? In Musk’s view, it’s a trifecta of “dirty tricks.”

A day after his political tweet, a Business Insider story came out detailing a $250,000 settlement back in 2018 over allegations of sexual misconduct against him.

Another dirty leftist trick, per Elon, was Tesla’s removal from the S&P 500 ESG Index. While there are valid criticisms around the ESG Index, Tesla appears to have been kicked off not because of the “environmental” piece but the “social” and “governance” parts. The company has had complaints, and even settlements, around racial discrimination. Musk’s response was to call “ESG a scam” and to share a meme that says the ESG score just “determines how compliant your business is with the leftist agenda.”

One result of this internet drama has been “#PoorElon” trending on Twitter this week, mostly by users who mocked the CEO for complaining about being attacked by Democrats — this from the richest man in the world — and also for siding with Republicans who they say probably won’t help the EV initiative.

Tesla shareholders are begging the executive to quit his divisive political attacks. Shareholders are particularly keen for Elon to pull out of the deal to buy Twitter, which has likely been the cause of Tesla’s stock plummeting in recent weeks.

One major individual investor, Leo Koguan, has publicly called on Musk to buy back shares. Tesla bull Gary Black, portfolio manager at The Future Fund, told Reuters, “If he (Musk) could get out (of the Twitter deal) Tesla’s stock would go up 10%.”

Even stalwart Tesla and Elon supporter Whole Mars’ account has issued a plea.

“Elon, I listen to a lot of Tesla shareholders and they are feeling the pain in the market and do not appreciate your political comments,” the Whole Mars account said on Twitter. “Many of them are Democrats like you were and take offense to your comments. I wish you would talk more about Tesla and less about this BS.”

Our takeaway? After enjoying years of undying support, it seems Elon is losing ground with the group of consumers that helped Tesla become the largest EV seller in the world.

Arcimoto and Joco have teamed up to bring Arcimoto’s Deliverator, a tiny e-vehicle, to Manhattan’s streets as an option for Joco’s delivery partners.

Bird presented its first-quarter earnings this week, showing year-over-year growth but quarter-over-quarter losses since the company went public via SPAC last November. The company is tightening its belt and narrowing its resources, which translates to pulling back retail sales of its e-bikes and e-scooters and instead focusing on the core sharing business. Bird might also pull out of markets that it’s finding unprofitable or unfavorable.

Delfast e-bikes are being used by Ukrainian armed forces to fire rockets at Russian troops.

Dott is making its first move outside Europe and bringing its shared scooters to Israel.

England has announced £200 million in funding for cycling and pedestrian infrastructure, including a series of €1.5 million grants for cities to conduct “mini-Holland” feasibility studies.

Harley-Davidson said it needs to stop assembling and shipping motorcycles for two weeks, aside from its electric models, due to a problem with parts from a supplier.

While we’re on the subject, Harley-Davidson’s Serial 1 e-bikes will apparently be integrated with Google’s software products, like digital security with pinpoint location accuracy, route planning and navigation and a real-time ride data dashboard. In other news from HD, the company’s electric subsidiary, LiveWire, just announced its most affordable e-motorcycle yet, the S2 Del Mar.

Micromobility Newsletter has just launched an Investor Index, a searchable database that identifies leading VC firms that have made significant investments in the micromobility space.

Spin CEO Ben Bear is stepping down from his role and leaving the company. We had a chat with Philip Reinckens, a Tier veteran who is taking Ben’s place and leading the further integration of the two companies.

Voi presented a report with Women in Transport to the U.K.’s parliament about the use of shared e-scooters and gender equity. The report found that eight in 10 women feel there’s not enough being done to provide appropriate infrastructure to make them feel safe while using micromobility vehicles. As a woman, I concur.

See ya next week!

Optibus, a startup that uses AI to help public transportation bodies and their mass transit partners plan and operate networks, raised $100 million in funding this week. It’s not everyday we see big VC money going toward things that are public transit-oriented, but with regular life returning post-COVID, mass transit is making a rebound. As excited as we all are to be back on the Tube, people are re-recognizing what they already knew before — public transit needs some work.

Optibus’s Series D included investment from Insight Partners, Bessemer Venture Partners, Verizon Ventures, Pitango First & Pitango Growth, Tencent and SOMV Momentum. The round brings the startup’s total funding up to $260 million and its valuation up to $1.3 billion, which the Israeli startup says makes it the first unicorn in the public transportation tech space.

Other deals that got my attention…

BMW i Ventures has invested in Mangrove Lithium, a feedstock-flexible platform producing battery-grade lithium hydroxide and carbonate to improve the sustainability profile of lithium.

ChargeLab raised a $15 million Series A round to build up and scale out its software that operates and optimizes EV charging equipment for fleets and commercial customers.

Instant delivery giant Gopuff has brought on a big-name investor and advisor, Bob Iger, former CEO and chairman of The Walt Disney Company.

Rivian founder and CEO RJ Scaringe bought 41,000 shares of company stock worth about $1 million. It’s unclear what prompted the executive to buy the shares.

Argo AI is launching driverless testing operations in Miami and Austin, a step in the right direction toward commercialization.

Aurora has expanded its autonomous freight pilot with FedEx to include a new lane from Fort Worth to El Paso, Texas.

Gatik, an autonomous vehicle technology developer focused on middle-mile logistics, is expanding operations to Kansas following the signing of Senate Bill 313 into law by Gov. Laura Kelly. The law allows fully autonomous trucks on public roads in the state.

Uber Eats launched two autonomous delivery pilots in LA — one with Serve Robotics that focuses on sidewalk delivery and one with Motional on self-driving car deliveries.

Ferry, EV subscription service, has begun its first round of deliveries in Austin and is expanding to launch in San Francisco and Los Angeles.

Ford is recalling 39,000 SUVs after reports of 16 fires and has advised owners to park vehicles outdoors and away from structures until they can fix the problem.

Hyundai plans to invest $16.54 billion through 2030 on the expansion of its EV business in South Korea. The company also announced it will build a $6.5 billion factory (that includes a $1 billion from suppliers) in Georgia.

M Auto, an e-mobility startup, is launching in West Africa with the goal of becoming the largest e-vehicle company on the continent.

Rivian filed a complaint against Commercial Vehicle Group for allegedly violating a contract and nearly doubling prices on a custom seat package bound for the e-vans the company is producing for Amazon.

Tesla released a new “full self-driving” beta software update (2022.12.3.10) and it appears to be one of the most extensive updates yet. The company also opened up Supercharger stations to non-Tesla EVs in Belgium, the U.K., Austria, Spain and Sweden.

In addition, Tesla has started to push a new software update to increase the top speed limit of Autopilot for vehicles with Tesla Vision to 85 miles per hour. Probably not the smartest move right now what with that NHTSA probe.

BlackBerry is working with Magna to accelerate the deployment of select integrated ADAS solutions.

The National Highway Traffic Safety Administration issued a sobering report on 2021 crash data that showed one of the largest annual increases in motor vehicle fatalities.

Uber launched a slew of new products in both its ride-hail and delivery segments that are designed to attract and retain users.