Arrival, the U.K.-founded commercial electric vehicle company, unveiled the first prototype of its purpose-built electric vehicle for ride-hailing on the TechCrunch Sessions: Mobility stage on Thursday. The company, which is perhaps best known for its potentially revolutionary goal of building multiple automated microfactories to produce vehicles regionally and locally rather than one big production line, is building the vehicles in partnership with Uber in the U.K.

Arrival president Avinash Rugoobur, who joined TechCrunch’s Kirsten Korosec onstage on Wednesday, also shared that it has signed a memorandum of understanding with Breathe, a U.K. car subscription company, to make the its ride-hail cars available to drivers. In addition to selling vehicles through Breathe, Arrival will also sell the vehicle through its own channels, said Rugoobur, noting that the vehicle isn’t limited to ride-hail.

The partnership with Uber was first announced a year ago, and Arrival revealed the final design of the boxy-yet-sleek electric vehicle, which looks like something between a small van and a hatchback, at the end of 2021, although Rugoobur said the design has changed somewhat since then. Arrival has previously said it hopes to begin production in the third quarter of 2023.

“We’ve partnered with Uber, and we have the Uber drivers coming in and giving us feedback on the type of vehicles that they want to use and really going through the aches and pains,” said Rugoobur on Thursday. “Right now what happens is you have to buy a vehicle that’s not designed for ride-sharing at all, right? So you buy a regular retail vehicle and then use it as your earner. It’s an asset to you as an Uber driver, but it’s not really built around, it’s not easy to clean, not easy to maintain. The way you think about adding new experiences to that, it’s actually quite limited.” 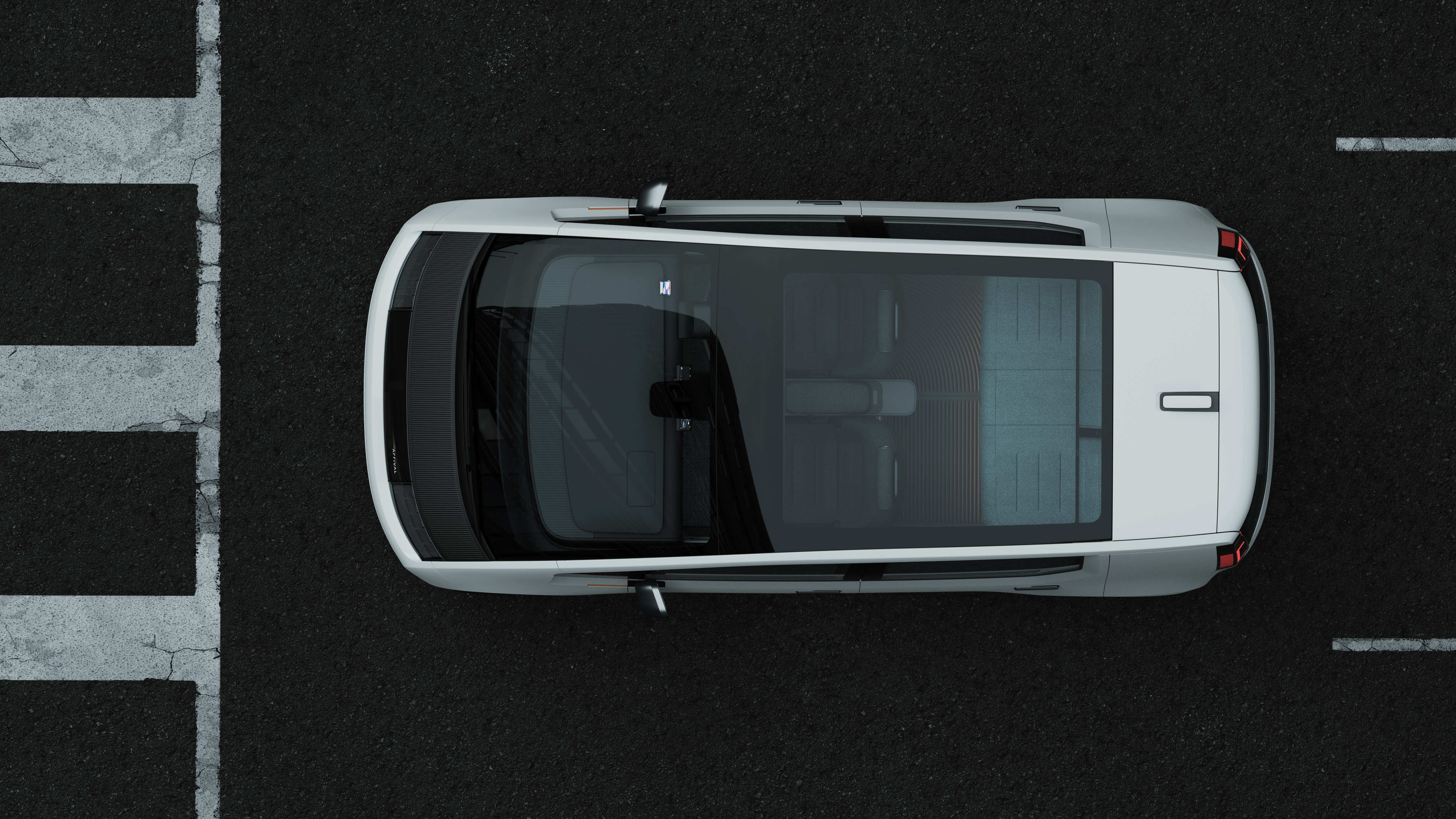 The vehicle, which Arrival says has over 200 miles of range, was built with feedback from over a hundred Uber drivers, said Rugoobur, and it shows in the design — huge windows and a massive windshield optimize visibility for the driver, as does a short front overhang and angled nose. The materials Arrival used on the interior, as well as the shapes of the interior components, are all designed around being easy to clean as quickly as possible, according to Rugoobur.

In addition, while there is a touchscreen near the steering wheel that plugs into Uber’s back end (or that of any other ride-hail organization), Arrival’s design is all about simplifying the “sheer amount of digital equipment” that drivers said is “distracting and confusing … and wastes a lot of their time,” said Rugoobur.

The passenger experience is also taken highly into account here, with space for luggage, plenty of legroom and a high-ceilinged moonroof that provides a feeling of airiness.

“Why the shape and size of the vehicle? So the footprint is almost of a Golf but it’s got the seating room of a Maybach,” said Rugoobur. “The reason for that was mobility inside cities where a lot of rides are occurring so having a vehicle that’s a little bit smaller footprint with the right amount of space for the driver and the passenger was critical.”

Rugoobur pointed to the fact that form follows function with the Arrival car. For example, Arrival optimizes for space with design choices like allowing the front passenger seat to fold down and putting all of the components, like the drivetrain, in the center under the fully flat floor of the vehicle.

“We use new composite materials. So we use polypropylene glass fiber instead of metal,” said Rugoobur. “No metal stamping, no paint shops, 100% recyclable material … and then we write all the software, so we get all the data and the code even from the components level.” 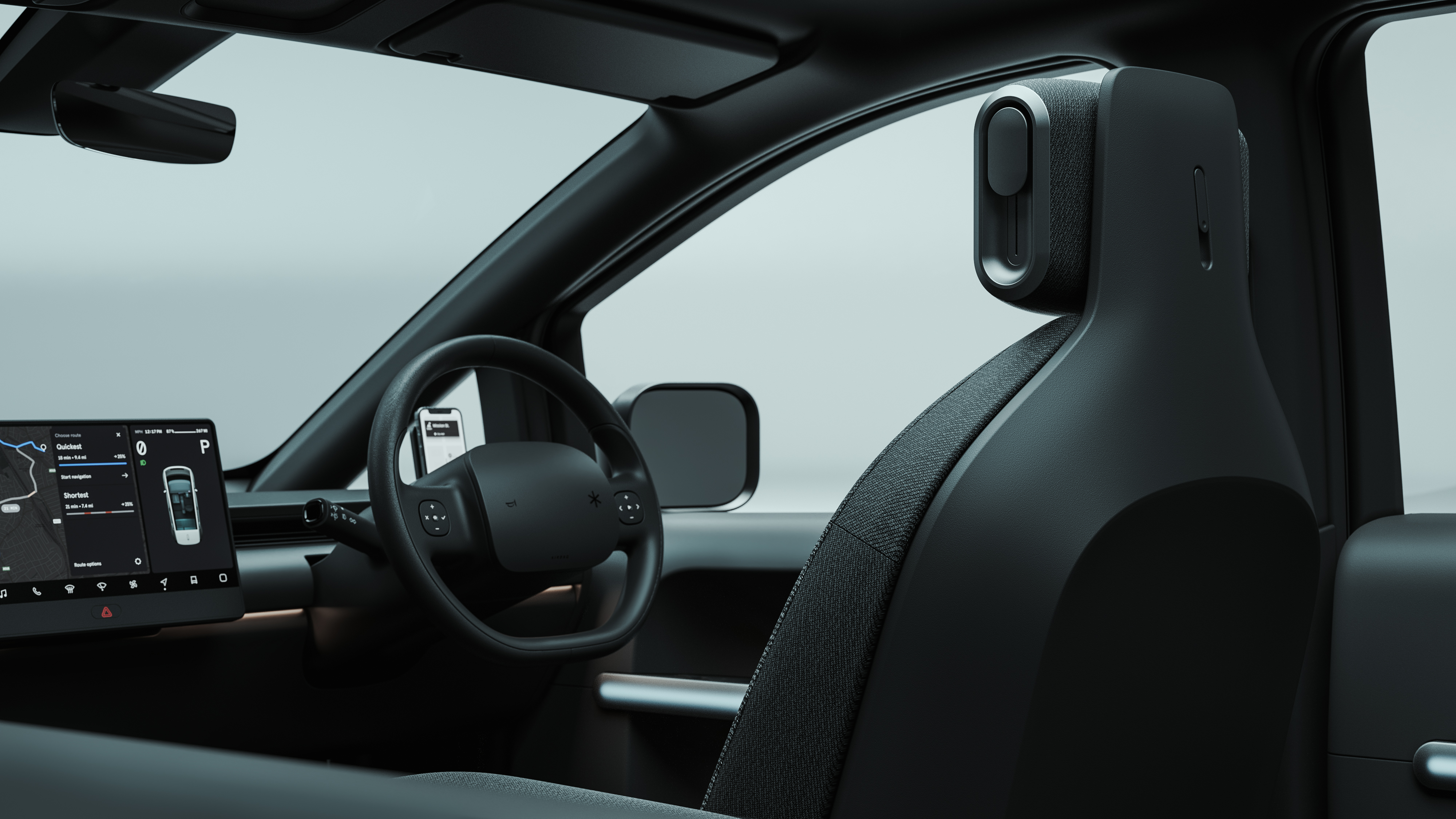 Being able to collect data from the back end of the vehicle is one of Arrival’s biggest selling points, says Rugoobur, who noted that all information about every component of the vehicle can go to the driver so they can operate their vehicle better and learn how their driver behavior affects things like battery life and total cost of ownership. The data will also be shared with Uber so the ride-hailing company can better optimize its fleet and, of course, back to Arrival so the company can get insights into the performance of things like its battery management system.

Because there’s “two-way communication” between Arrival and the vehicles, the EV startup can use information about how different components are performing and, if necessary, swap in and out damaged hardware or simply upgrade it to keep up with the innovations of tomorrow.

“For the drivers, that reduces the total cost of ownership but also improves the residual value at end of life because you’re refreshing the vehicle,” said Rugoobur.

“It’s very hard for the traditional players to custom build a vehicle like this, whereas for us, because we’ve essentially created this toolkit of technologies and our factory can produce at different volumes, when typically you would have to produce to 300,000 just for it to make sense from a business perspective, we can do it at a totally different scale and then scale it up as we need,” added the executive.

Arrival’s ride-hail van will be priced somewhere between an internal combustion engine and a competitive electric vehicle, according to Rugoobur. When reminded that most EVs are branded as luxury vehicles and have a steep upfront price, Rugoobur said the target is to make the car “affordable, affordable, not affordable through [total cost of ownership].”

For comparison, General Motors and Honda recently partnered to build an affordable EV, which Honda has said would go for around $30,000.

Earlier this month, Arrival said its planned electric Bus model has achieved certification in the European Union and is conducting closed course trials, with customer models expected to be produced by the second half of this year. The startup also said its Van model is almost through its own certification process and expected to enter production in Q3 of this year.

Arrival expects to produce 400 to 600 Vans plus low-volume production of Buses in the second half of 2022, according to the company’s Q1 2022 earnings report. The report also notes that Arrival has collected a total of 143,000 non-binding letters of intent and orders for its vehicles as of May, including the commitment from UPS to buy up to 10,000 vehicles from the startup in the U.S. and Europe.

Arrival’s Denis Sverdlov on the new era of car manufacturing