Javaughn Lawrence was wandering around Eniac Ventures’ entrepreneur-in-residence program in 2020 looking for a product, and found inspiration from some Pokémon cards.

He joined a Facebook group for Pokémon collectors and started watching people host what he called “ripping and shipping,” where they were ripping open packs of Pokémon cards and selling them.

“It was interesting, but the actual experience was very bad,” Lawrence recalls. “The video was slow, the chat was laggy and you also had to pay using five different payment methods. However, people were still coming on to buy, and they were super engaged, super kind and super involved with it.”

Lawrence came away with a pack of cards for himself, but also the idea of building something better. He and Sameep Sheth began hacking together what would become Drip in January 2021. 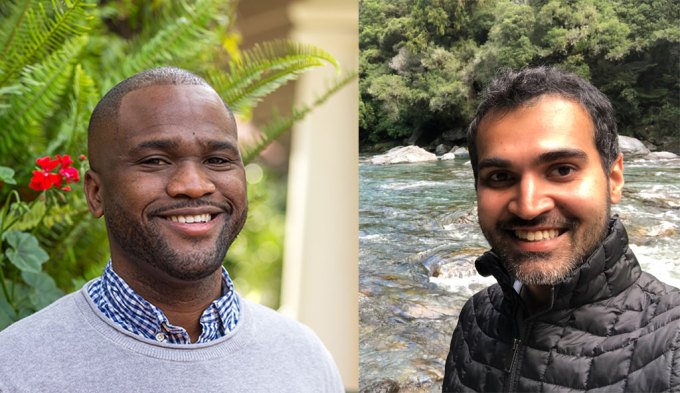 Live commerce is most popular in China where sales are expected to hit $423 billion in 2022. That compares to the U.S. live commerce market, which is poised to reach $35 billion in sales by 2024.

Drip is also competing in an increasingly crowded landscape dominated by Whatnot and Popshop. To leverage that future demand, the company is also developing some unique features to allow users to embed the livestream into their web properties so they can simultaneously capture the majority of their audience and for third-party developers to build experiences on top of our ecosystem.

In addition, sellers can collect cash or cryptocurrency for their physical products and soon Ethereum-based NFTs. Drip takes a 6% cut of the transactions for now, with Lawrence saying they may create a subscription product down the line.

The company initially brought in several hundred thousand dollars in seed funding, but began growing over 20 times in monthly volume and grew to a team of 19. That’s when Lawrence and Sheth decided to go after additional funding. They raised another $28.5 million in a combined seed and Series A round that included $23 million in Series A dollars at over a $100 million valuation.

The rounds were led by Base10, Kindred, Eniac Ventures and Harlem Capital with participation from a group of angel investors, including Axie Infinity founder Jeff Zirlin; Nick Tomaino, a general partner at 1confirmation and early Coinbase hire; Brian Long and Andrew Jones at Attentive; Ramnik Arora, head of product at FTX through his fund Toy Ventures; and Chris Bennett, CEO of WonderSchool.

With this new round of funding, Drip will scale its NFT selling efforts, including on-chain transactions on Ethereum and seller acquisitions, as well as decentralizing access to its live selling capabilities and growing the team, especially in engineering, product, partnerships and operations.

One of the emergent behaviors the Drip co-founders have seen is some users actually taking screen recordings of the NFT reveal or having a friend on a video chat with them. That is what the company is out to change.

“The NFT purchasing experience, on a whole, is a very social experience,” Lawrence added. “Right now, people are kind of hacking that together. Being a part of a community is the core interaction and video will solve that and help to engage the community afterwards as well.”