Arrived has raised $25 million in a Series A funding round led by Forerunner Ventures to give people the ability to buy shares in single-family rentals with “as little as $100.”

The concept of fractional ownership in real estate is not new, and in recent years we’ve seen a flurry of startups focused on the space. In the past 14 months alone, for example, TechCrunch has reported on Fractional and Fintor, which are also focused on residential real estate. Others like Fundrise and Cadre are focused on commercial real estate investing.

Seattle-based Arrived claims that it is different from others in the category in that it is “fully SEC-qualified,” meaning that it has approval from the Securities and Exchange Commision to offer shares of individual homes.

CEO Ryan Frazier said he originally started Arrived with Kenneth Cason when they both lamented the fact that they knew people that had been “wildly successful” investing in property, but that they had “been left out” because they “just didn’t have the time or weren’t in the same place long enough to do that.” The pair were soon joined by Alejandro Chouza, who grew up in Mexico and saw firsthand how difficult it could be for minorities to access property ownership.

And so Arrived was born.

Put simply, the startup’s mission is “to make real estate investing easy and accessible” to people “who don’t have the expertise, time or large amounts of capital needed to buy a rental property on their own.” People can invest anywhere from $100 to $10,000 to $15,000 per house with the ability to build a portfolio of rental properties without becoming accredited investors, which requires that an individual’s net worth exceeds $1 million. The startup manages the operational work and claims that investors using its platform can earn passive income. About two-thirds of the investors who use Arrived today are non-accredited, according to Frazier.

Investors currently receive their share of rental income through quarterly dividends. The startup plans to offer monthly dividends in the coming months.

Arrived spent about one year working with the SEC “on regulatory setup” to simplify the approval process for potential investors. As a result, interested parties can browse a property listing and then hit a “Buy Now” button to buy shares “in under four minutes,” according to Frazier.

To date, Arrived has fully funded more than 102 properties in 17 cities across Alabama, Arizona, Arkansas, Colorado, Georgia, North Carolina and South Carolina, for a total of over $40 million invested. Currently, homes on the platform range in price from $165,000 to $650,000 and are typically turnkey properties. No one investor can have more than a 9.8% stake in any given property, which is intentional to allow for “more favorable tax treatment,” said Frazier.

“If you were to buy 1% of one of the properties, you’d get 1% of the income after expenses paid out in the form of dividends,” he explains. “And then as the property value grows, you’ll get 1% of any increase in the price per share or the proceeds when the property is sold down the line. And so it really recreates the full economics of owning direct real estate. If you buy 100 homes, then it might be proportionally equal to exactly owning one home on your own, but you’d be diversified by markets and over time, that really creates some benefits beyond owning on your own.”

While the concept of giving average Americans a way to become real estate investors certainly has its advantages, there is concern about the general practice of investors buying single-family homes making it harder for others to purchase homes to live in by taking inventory off the market, or making it more difficult to compete.

Rather, Frazier views Arrived as a means to give people access to investing that they might not have otherwise had. It has on average 100 to 200 investors per property, and many of those people are first-time rental property owners. So far, it has helped 5,000 investors buy shares.

“Our view is that we are leveraging a lot of the work that institutional investors in single family homes have done to recreate that same experience — but for retail investors,” he said.

Meanwhile, if property values decline, then the value of an individual share may be less than what the investor purchased it at originally, but the investor would not “lose money” until they sold their shares or the property was sold, according to Frazier. And, he added, investors would still be earning rental income to support their returns.

“The ability to earn in multiple ways is a part of what has made real estate such a consistent driver of wealth creation over time,” Frazier said. “Essentially, we’re creating these individual house IPOs — where we go under contract, we buy a property, we register it through our public offering with the SEC, and then we allow investors to buy shares of that individual house.”

An advantage for investors, he added, is that each house is owned by a limited liability company, or LLC, specific to that property, and all investments are structured as REITS (real estate investment trusts). So when one of those LLCs enters into a loan agreement, that loan is not in the name of the investors and they do not have to go through a credit report process or be liable for the performance of that loan.

“That means that investors who are investing in individual properties can’t go underwater on their investments,” Frazier told TechCrunch. “We won’t go after them if there’s a larger expense beyond the current cash reserves of the property.” 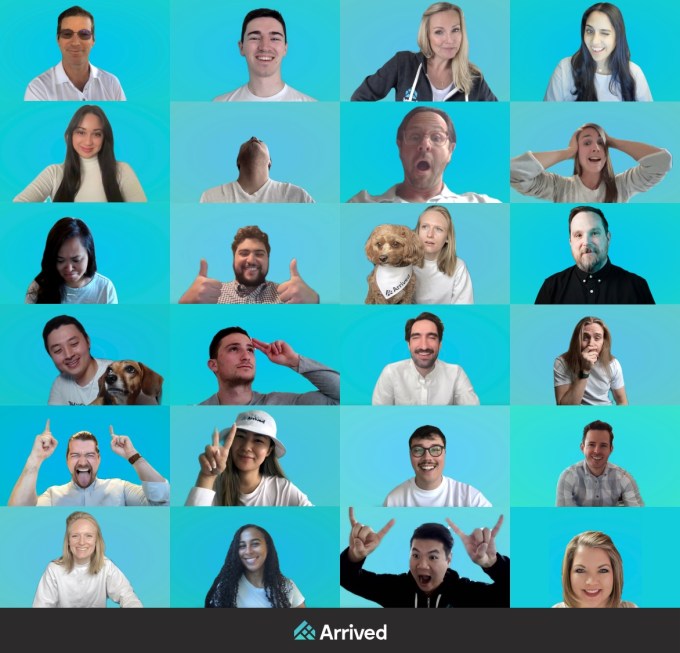 Arrived makes money in two ways. For one, it charges a sourcing fee, which works out to about 3-3.5% for almost acting as an agent on behalf of investors. It also charges 1% per year of the equity that’s invested as an asset management fee that gets paid out of rental income so that the dividends investors receive are after those fees.

Arrived secured $10 million in seed funding and $27 million in debt financing in June 2021, as well as a $100 million credit facility in December of 2021. This latest financing takes its total equity raised to $35 million since its 2019 inception. Part of the proceeds of the new funding will go toward an expansion into new markets such as Florida, Texas, Nevada and Indiana. The startup also plans to expand into giving people a way to invest in short-term rental properties such as those listed on Airbnb.

To Forerunner Ventures Partner Brian O’ Malley, Arrived opens up the real estate investment category to retail traders by taking a page from the stock market and issuing shares in individual properties.

“Real estate has been an important investment category for wealthy Americans, given the steady appreciation and consistent dividend payments,” he told TechCrunch. “This is even more important as debt pays very little today, and equity and crypto can be described as volatile at best….To date, there has been far more demand than supply as Arrived opens up the platform more broadly and enables simpler liquidity for investors.”

Indeed, Frazier said recently, the company launched 12 new rental properties in four markets, and they sold out in four hours.

“We find ourselves constantly selling out each time we launch new properties,” he added.

Hustle Fund backs Fintor, which wants to make it easier to invest in real estate