When it comes to headphones, Sony’s got to work harder than many. Apple, Samsung, even Google — these companies are able to move a lot of product based largely on their smartphone businesses. That’s not a knock against any of the above — all make varying degrees of perfectly fine to great headphones — it’s just a truth. There’s a little bit of brand loyalty packed in, a little retailer proximity and a degree of knowing that the product will work with your device right out of the box.

Yes, Sony makes phones. In fact, the company just announced a nice-looking Xperia device earlier this week. But the company really doesn’t have enough of a foothold in the mobile market to drive meaningful sales. What the company lacks in mobile toehold, however, it more than makes up in audio pedigree.

I was smitten with the WH-1000XM3 the first time I laid ears on them. Strangely, I remember exactly where I was the first time I tried them. Sitting in a boardroom with a bunch of Sony execs, the company played a clever trick of flipping on some airplane noise that I only noticed when I took them off. The over-ear headphones entered the world fully formed, with Bose’s perennial favorite Quiet Comfort line firmly in their sights. And they delivered. 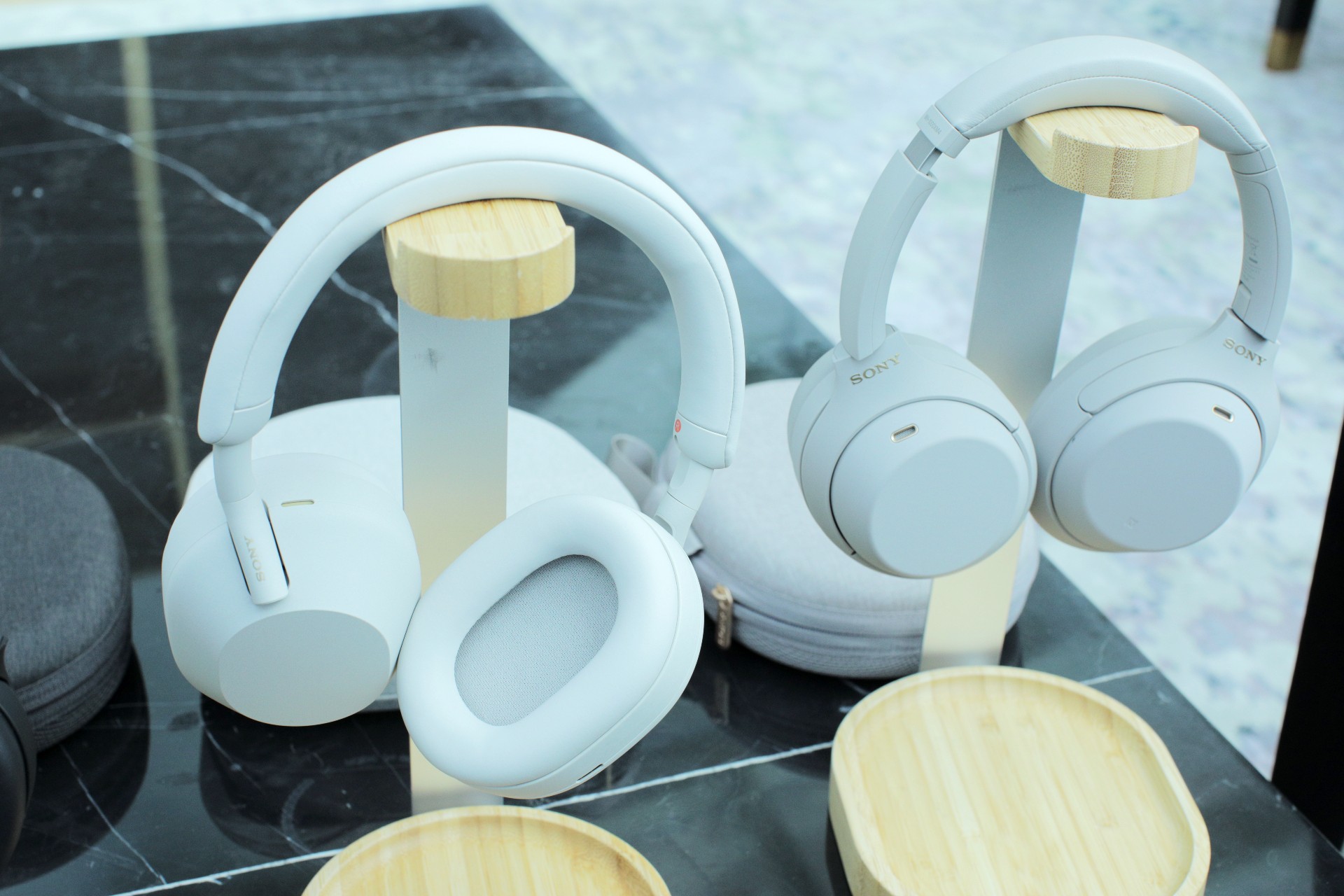 The followup M4s didn’t receive as exciting a demo (owing to their August 2020 launch), but they’ve been a mainstay in my life ever sense. If you’ve been on a conference call with me or seen me host a live panel or podcast, you’ve seen them on my ears. The fit, the noise cancelation, the sound quality — all of these things add up to a truly excellent pair of headphones. Whenever someone asks me to recommend a great pair of over-ears, I invariably point them in Sony’s direction.

Today, after a seemingly unending string of leaks, the company finally unveiled the latest addition to the line, named, get this, WH-1000XM5. If your naming scheme ain’t broke…

The new version of the headphones feature the biggest product redesign since the M3, coupled with some big improvements to sound quality. On the whole, there’s not enough here to recommend M4 or M3 owners bite the $400 bullet to upgrade, but there’s more than enough here to keep Sony at the top of my recommendation list for the fourth year running. That is to say, look forward to seeing them on my head during conferences calls for the foreseeable future.

Sound quality is obviously number one on the list of things we look at for headphones (spoiler: it’s very good), but at the end of the day, that doesn’t matter much if you don’t want to wear the things. All of the entries in the line have been extremely comfortable, and Sony’s managed to outdo itself here. The headphones weigh 250 grams — shaving four grams off the M4s. That’s not a lot, but it’s enough to notice a difference when holding both pairs in your hands. It also adds up if you plan to wear them for extended stretches, be it while listening to music, in a meeting or on a flight. 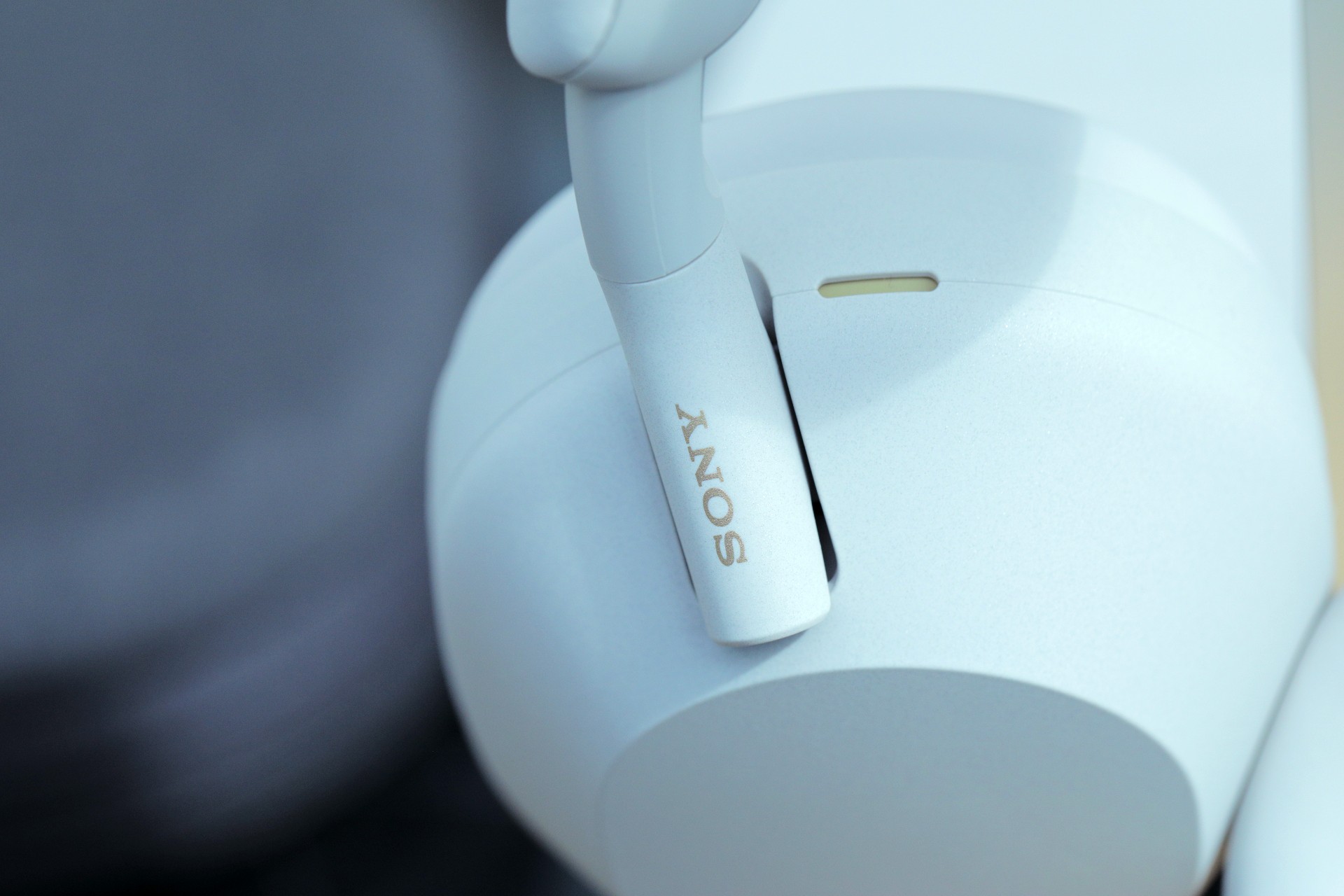 The earcups are a bit larger than last time. It’s a subtle change, but a nice one that makes for more comfortable wearing. I must have sensitive ears, since even comfortable headphones can wear on me, but I haven’t had a problem with these, thus far. That’s helped, in part, by the addition of a new, soft synthetic leather material. The biggest concern in all of this is the headphones can get a bit sweaty in warmer environments, but that’s a complaint with most over-ear headphones.

As with its predecessors, the system relies on a more standardized form of noise canceling, rather than the adaptive variety employed by some of the competition. But all told, it’s excellent here. I’ve not had the opportunity to wear these on a plane (though I expect to in the next month or so), but wearing them around the apartment and in the city, they do the trick nicely. Sony’s doubled up the ANC processors and microphones to two and eight, respectively.

Vocie quality is great. I’ve been using the headphones to make calls and conduct  meetings. I’m not ready to ditch my standalone USB mic for podcasting, but they’ll do the trick just fine for Zoom calls. With a new 30mm driver on-board, the audio quality is excellent and immersive. You can always fiddle around with the EQ in Sony’s Headphones app, but I’ve thus far been happy with the default setting for all variety of different music. I’m currently using the Endel music app to focus on banging this post out, but I’ve been happy with the mix on all sorts of genres, from Hip-Hop to Classical to Country. 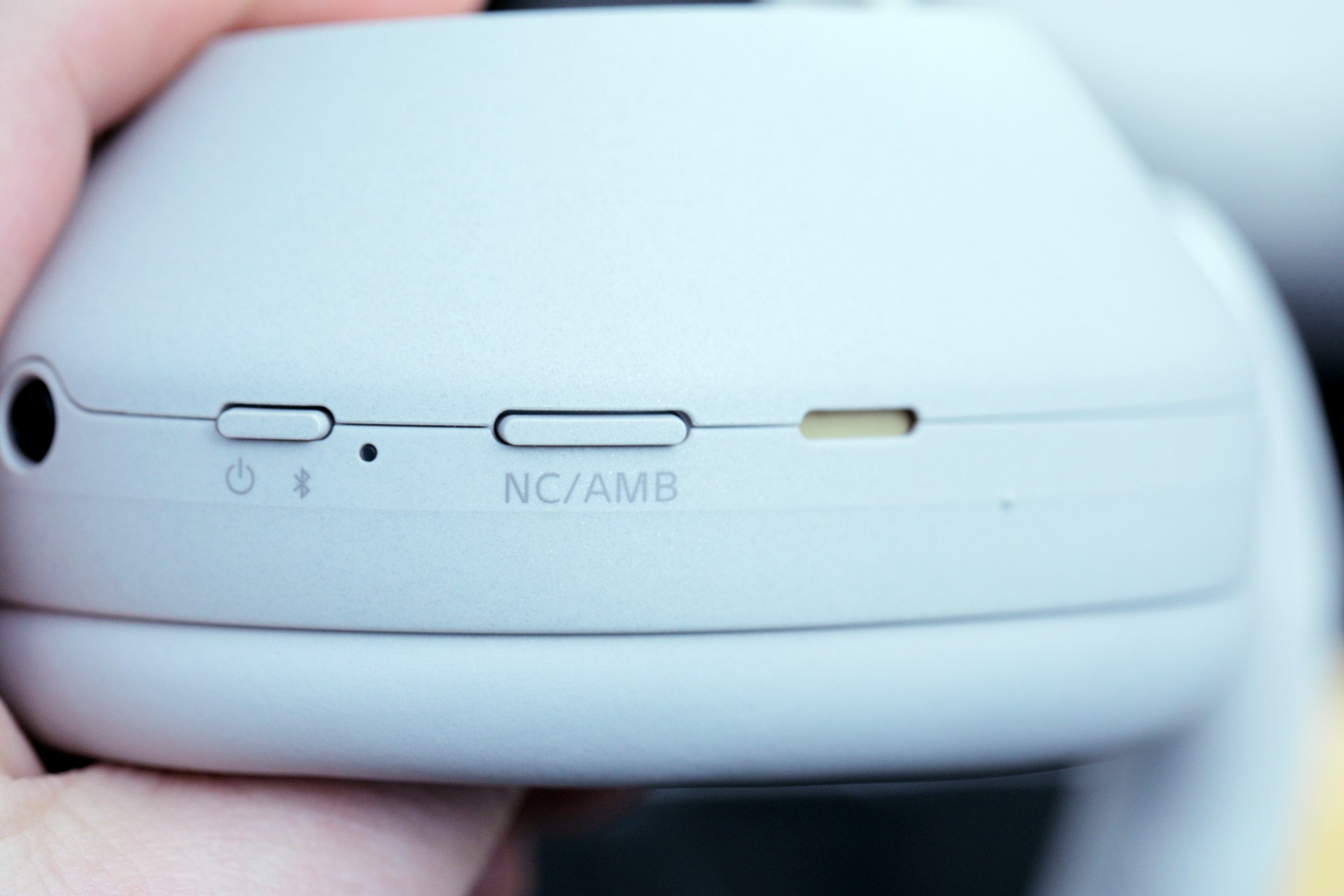 The headphone band was redesigned, which shaved some precious grams off the overall weight. The downside of all of that is that M5s don’t collapse down as small as their predecessors. That means, among other things, that the carrying case has a larger footprint — something frequent travelers should be mindful of. The stated battery life is the same as their predecessor, at 30 hours — which, when you’re coming in at almost double the world’s longest non-stop flights, you’re in pretty good shape. They also feature quick charge, which will get you to three hours in three minutes.

The Bluetooth connection — an oft-overlooked element — is excellent. These things connect in a snap. The default “device one connected” voice is now a simple (and for more soothing) effect that sounds a bit like stringed instrument being strummed.

The button layout is the same here. You’ve got two on the left cup, for power/Bluetooth pairing and toggling ANC on and off. Using the Sony app, you can also assign different features by double- and triple-clicking the buttons, which can do things like launch Spotify. Both also feature large touch pads on the cups. By default, double-clicking the right will pick up a song where you last left it. The left cup also features a headphone jack, mercifully. The system ships with that cable, so you can hard wire to the seat-back or plug into your laptop. 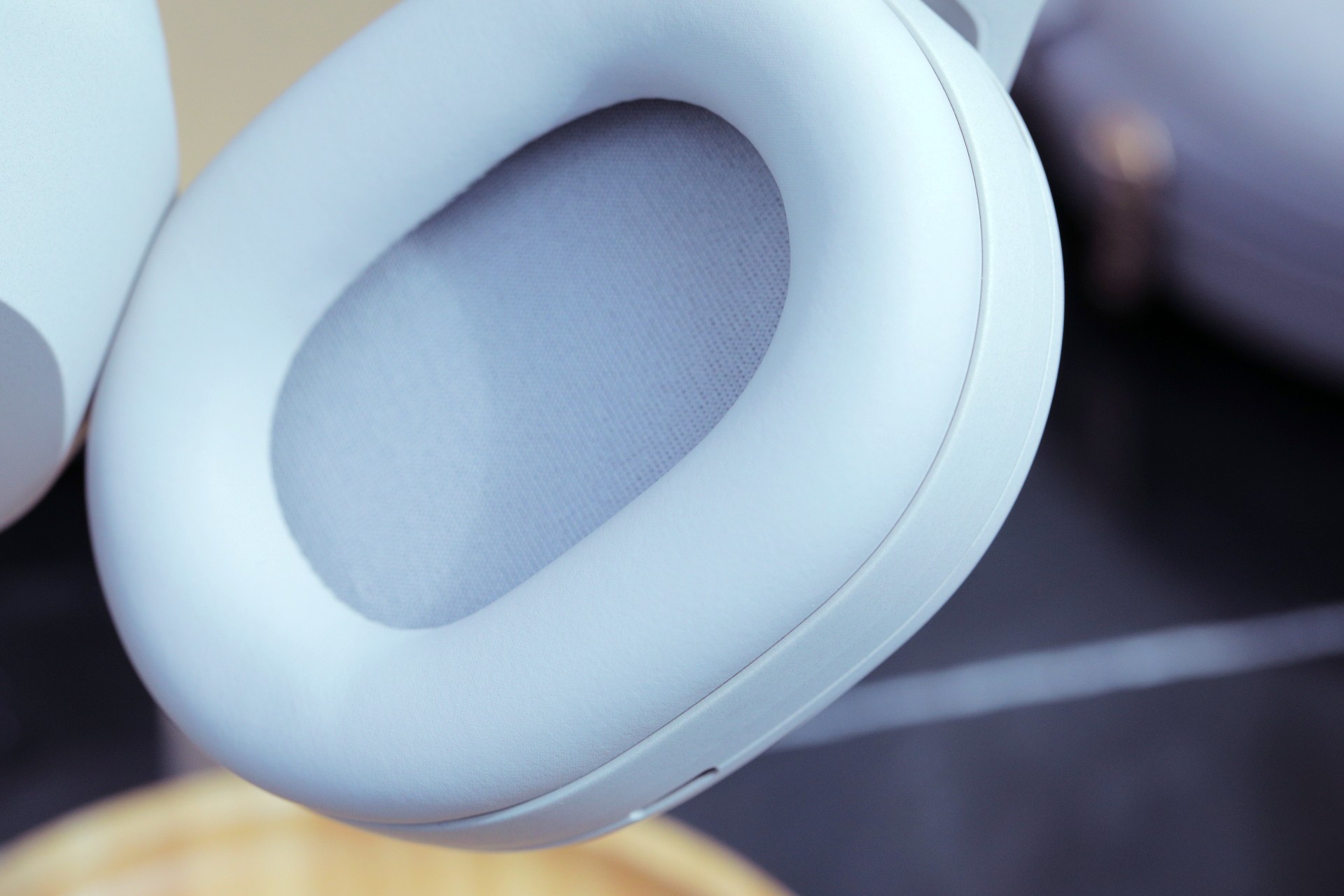 The headphones run $399 — a $50 premium over the already pricey M4. So they’re definitely not right for every budget. The company chalks that price jump up to new materials, but who knows. For what it’s worth, it’s keeping the M4 around at $350, and those remain an excellent pair of headphones, if you don’t want to spend another $50.