Desktop 3D printing firms MakerBot and Ultimaker this morning announced plans to merge. The new single company will be backed by NPM Capital and MakerBot-owner Stratasys and co-led by existing CEOs Nadav Goshen and Jürgen von Hollen. Existing offices will also be maintained in both Brooklyn and The Netherlands.

Both firms rode an initial wave of excitement around additive manufacturing 10 to 15 years ago, becoming two of the most prominent players in the desktop 3D printing space. MakerBot was founded in 2008 as an offshoot of the open source RepRap project. In 2013, the company was acquired by industrial 3D printing giant Stratasys. Founded in Utrecht, Netherlands in 2011, Ultimaker’s team was similarly formed around attempts to productize the RepRap project.

Exciting news! We have agreed to merge with @Ultimaker, a leader in 3D printing, to accelerate 3D printing innovation and global adoption. We look forward to innovating and growing desktop 3D printing together. https://t.co/O29BTwXs7s pic.twitter.com/98dUfNXwmB

The last several years, however, have been less kind for the category. As a consumer technology, it’s had difficulty expanding far beyond the fairly niche hobbyist market. Both parties are bullish about today’s announcement, which is backed by an additional investment of $62.4 million. The money will go toward R&D and market expansion. Ultimately, however, the combined company will have to grapple with the same question of “why” that’s plagued much of the market outside of some cutting-edge industrial additive manufacturing applications.

The new entity doesn’t have a name yet (UltiMakerBot has a nice ring to it). We should be getting that when the deal closes. The companies will also spend the intervening months determing how staffing will shake out.

“In the next few months, we will go into a sessions of integrating the companies into one,” MakerBot CEO Goshen said, addressing a TechCrunch question about potential staffing redundancies. “That process will involve combining teams together and some growth opportunities. That process is taking place as we speak. Once we have that, we will be able to communicate better to [the press] and employees how the new structure looks.” 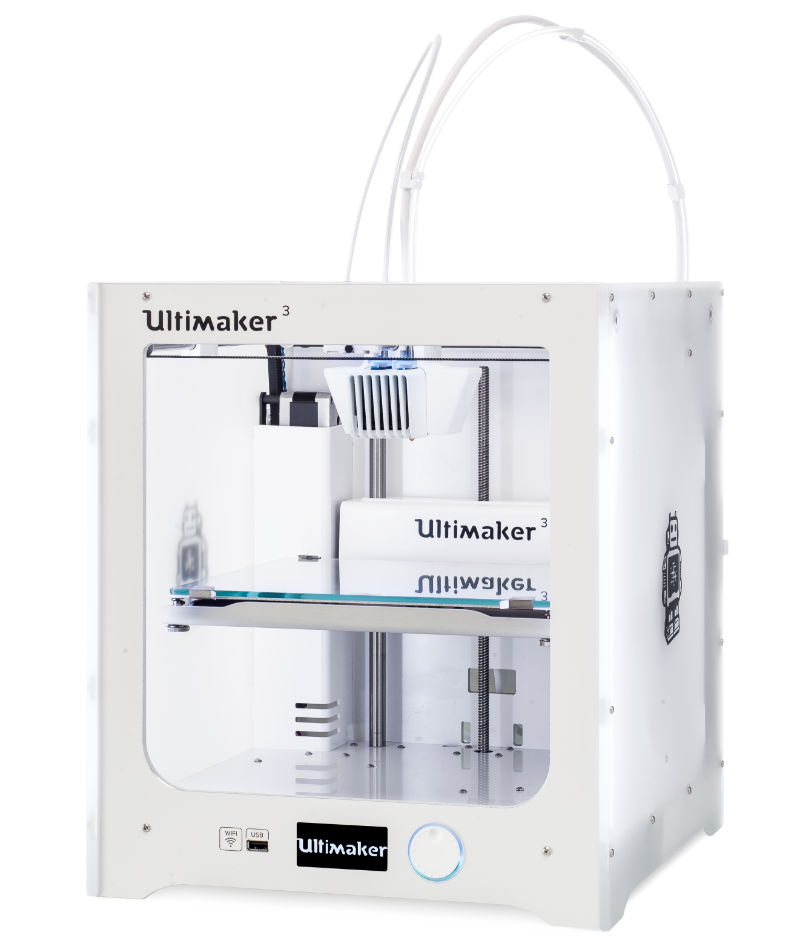 The newly formed company will spin out from Stratasys, though the parent company will maintain a minority (45.6%) stake. NPM Capital will control the other 54.4%.

“We are very complementary in many aspects of the business,” Ultimaker CEO von Hollen said on a conference call. “From a sales perspective, if you look at the go-to-markets, Ultimaker is 100% channel and MakerBot are going direct and are more diverse. For us, that go-to-market pieces is interesting. The processes are very similar in many aspects, but we can accelerate relatively quickly, because of how complementary the two businesses are.”

As for the existing lineup, the executives seem confident that the merger will increase existing product offerings. Goshen acknowledged the struggles of the desktop 3D printing market in recent years, noting, “The market,  instead of stepping up into a more professional product line, went in the other direction. That created confusion among customers and more fragmentation. It’s a very complex technology. We need to invest. By combining the two companies, we now have the scale to invest and step out of the low-end solutions that are out there, to provide something that is engineering grade, easy to use, but still affordable. This is where the market stopped developing. The need to scale and further invest comes from the market and the need to fuel that innovation.”

The two executives say they are exploring the “light industrial manufacturing” space as a potential market for a combined product, but getting there will require more robust 3D printing technologies.

Pending regulator approvals, the deal is expected to close in Q2 or Q3.