Faire, which has built a marketplace connecting retailers to indie brands globally, has raised a $416 million extension to its Series G financing, more than doubling the size of the round, the company confirmed to TechCrunch today.

With the additional capital, Faire is now valued at $12.59 billion post-money, or just under $200 million more than its valuation in November, according the company. Durable Capital Partners, D1 Capital Partners and Dragoneer Investment Group co-led the first tranche of the financing.

Faire raised $400 million last November in a tranche that valued the company at $12.4 billion. Since then, it raised an additional $196 million from Sequoia and Y Combinator, as well another $220 million from other existing investors, taking the total raised in the Series G financing to $816 million.

Typically, extensions are flat rounds, so this is not uncommon. But what we might be seeing more of in an increasingly challenging fundraising environment is that companies will choose to go the extension route as opposed to raising fresh capital as a new funding round.

“We’re not that surprised that extensions are happening. Extensions are easier from a paperwork perspective,” noted Phil Haslett, founder and chief strategy officer of EquityZen, an online marketplace for trading pre-IPO employee shares from privately held companies. “It feels like flat is the new up.”

For example, if we were still in 2021, the additional capital that was raised months after the financing closed may have called for a whole new round of funding. But in today’s environment — where many LPs and VCs are pulling back on investments — some companies who raised over the past 18 months or so may find that it makes more sense, from both financial and administrative perspectives, to perform follow-on financings instead.

“With extensions, you can go to existing investors and get their sign off that you’re going to make the round a little bit bigger,” Haslett said. “Generally, the conversation might be something along the lines of ‘Hey, in this market, we thought it made sense to get some additional money and it’s at the same price you paid six months ago.’ And the company is able to bolster its balance sheet.”

With the latest funding round, Faire has now raised over $1.4 billion since its 2017 inception.

Faire’s model is interesting in that it aims to be an indie Amazon, if you will. It connects emerging independent businesses around the world with local retailers so that their goods can be sold to more people.

In mid-November, when it announced its last raise, Faire said that it saw “more than 3x year-on-year growth” and had reached more than $1 billion in annual volume in less than five years. That same month, Faire noted that six months after it expanded into 15 markets in Europe and the United Kingdom, its annualized sales volume in the region exceeded more than $150 million — “a scale that took nearly three years to achieve in North America,” it said.

According to its website, its marketplace connects over 450,000 retailers globally to more than 70,000 brands from over 100 countries.

The company continues to expand in Europe and recently launched in Australia. The new capital will go toward that global expansion, continued hiring and product development — including work on a product that aims to be an “operating system (OS) for wholesale,” the company said.

Now more than ever, it makes sense that retailers offering more unique products can see competitive advantages, which companies like Faire only want to help increase. 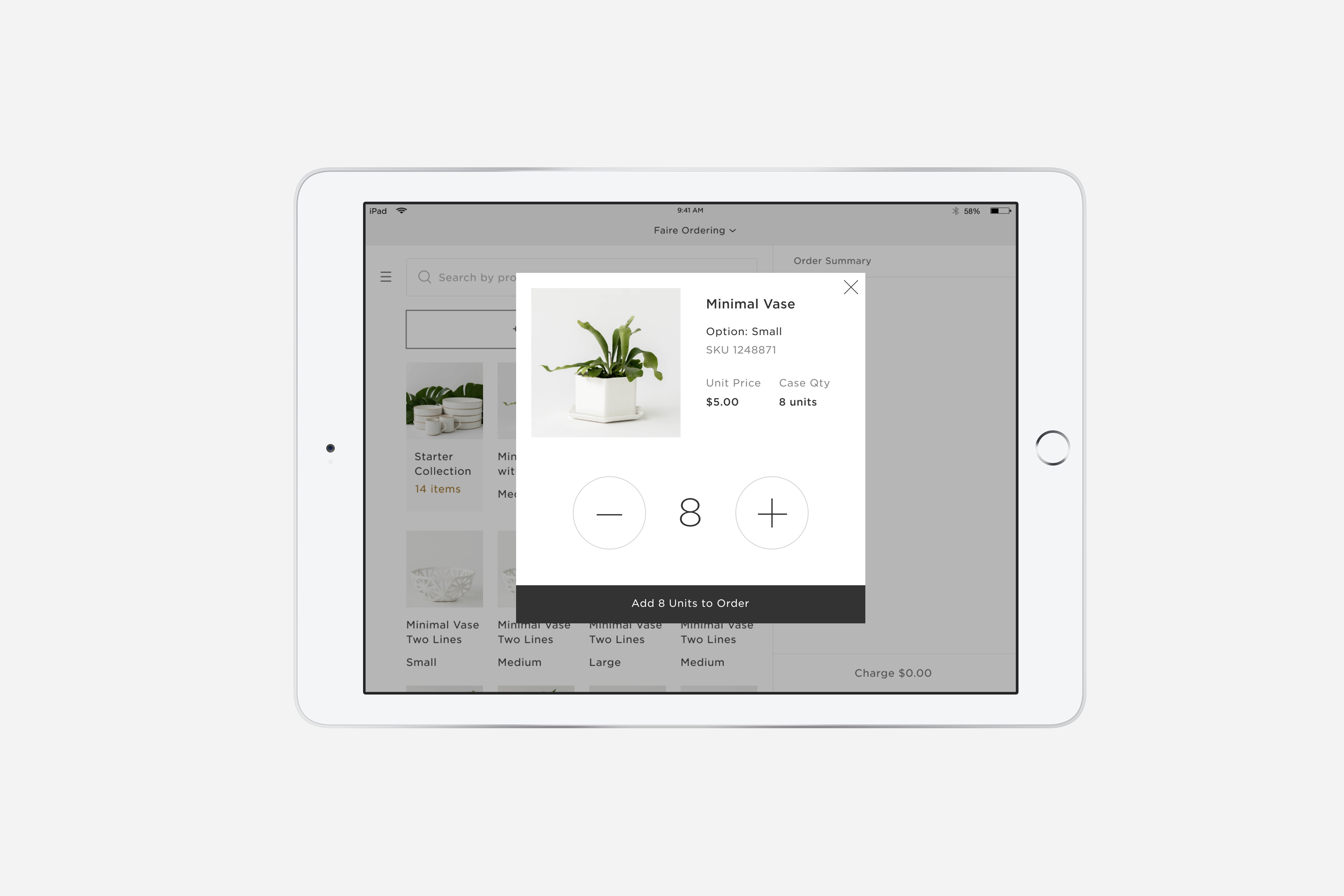