Hi all, it was a roller coaster of a week in the world of fintech as I published two separate articles on startup layoffs and a nine-figure funding round in the span of a few hours. It was also a week filled with lots of activity on FinTwit, or “Financial Twitter,” as it’s more formally known — thanks to more than just a little back and forth involving Stripe and Plaid. So, grab your popcorn and sit down for a few as I attempt to break it down for you. Want this in your inbox every Sunday morning? Sign up here!

I joked earlier this week that when I started covering fintech, I expected it to be a fairly dry and low-key beat. Now I laugh at my naïveté.

Perhaps the biggest news this week in the fintech world was Stripe’s launch of its new Financial Connections product, which TC’s Ingrid Lunden covered here. The product launch in and of itself was newsworthy, yes. But what elevated it in the world of newsworthiness was that it sparked some controversy, as it is pretty much exactly what Plaid, a one-time partner of Stripe’s, does. And that’s that it gives Stripe’s customers a way to connect directly to their customer’s bank accounts, to access financial data to speed up or run certain kinds of transactions. Again, which is what Plaid does.

In a since-deleted tweet, Plaid CEO and co-founder Zach Perret replied to a tweet from Stripe PM Jay Shah, essentially questioning the “methods” in which Stripe may have gathered information on building the product. Shah responded to that tweet with one of his own in defense of his and his company’s actions.

Meanwhile, internally at Stripe, the executives addressed the brouhaha with an internal memo. Specifically, Patrick Collison said his “enthusiasm” over Stripe’s new product was “tempered” by Perret’s “accusations.” Apparently he was wounded that Plaid might be a tad bit upset that Stripe had revealed this competing product, even after the two companies had previously worked together on integrations.

He ends his internal note with an admission that Stripe should “certainly be open to the possibility” that it could have handled things better. Great that he admitted this but also, it’s very hard to believe that these execs had no idea that the move would result in the tension that it did. Patrick even goes on to say that maybe Stripe should have given Plaid a heads up “so that they could privately express any concerns that they had.” He added that while Stripe was not necessarily obligated to do so, it probably could have avoided the public debate that ensued if it had just told Plaid sooner.

Meanwhile, Patrick’s brother and co-founder, John, tweeted that it was “gracious” of Perret to delete his original tweet. He added: “We understand that his perspective on the whole thing may still differ. Either way, we still do lots with Plaid. They’re a great company and we look forward to finding more ways to work together.”

I reached out to both companies to get their respective takes and both declined to be interviewed. True that we may never know what truly went down in this particular instance. But what I do know is that the controversy set off a whole other conversation, including claims that this was not the first time Stripe had been accused of less-than-scrupulous behavior. These included (unproven) allegations that the company had previously feigned interest in buying other companies or hiring people in an attempt to milk them for information. It also resurfaced talk of when Stripe reportedly pressured investor Sequoia to back off from an investment that smelled like competition.

I’m not here to make any judgment calls as this story might still be playing out, and we don’t know yet what’s true. That said, my humble opinion is that no matter how big or rich you are, or how small or not rich you are, it is not worth it to act unethically. I’d rather be not as rich and know I did right by the people I had dealings with than rich and have my integrity repeatedly questioned. But that’s just me.

If you want to hear the Equity team’s take on the subject, listen here.

On the topic of fintech drama, Bolt recently made headlines for a number of reasons that I outlined last week, including a lawsuit filed by a major customer and reports that it is seeing a slowdown in revenue and customer growth. Well, this past week, the company came out with an indirect response to the latter in the form of a blog post written by its CEO Maju Kuruvilla. You can read all about it here.

I wrote a story about how Truist, the sixth-largest bank in the U.S. with $488 billion in assets, acquired a 12-person startup called Long Game in an effort to attract more GenZ and millennial customers. Led by Lindsay Holden, the startup had raised more than $20 million in funding and had built a gamified finance mobile app that aims to help people “save, learn and engage” with their finances. The buy is further evidence that fintechs and banks can work together. Also proof that many financial institutions realize the value of acquiring technology rather than building it out themselves. In other words, incumbents in some cases need fintechs even as they compete with them. 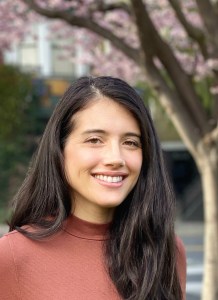 As mentioned above, there were also layoffs in the world of fintech as MainStreet – a startup that helps other startups uncover tax credits – let go of about 30% of its staff. We don’t really know why, or exactly how many people were impacted but it’s not great news for a company that was valued at $500 million in January of 2021 and especially not good news for the affected employees. The company did not return a request for comment about the layoffs but in a tweet, CEO Doug Ludlow acknowledged “an incredibly rough market.” He also hinted that this may be just the beginning, saying “there is a very strong chance that today’s incredibly rough market is only going to get worse, and potentially remain so for months, if not years.”

Speaking of layoffs, Robinhood recently laid off about 9% of its staff, and it’s clearly not done trying to boost its cash flow. Anita Ramaswamy wrote about how the trading platform rolled out a feature that will allow its users to lend out their stocks in hopes of earning passive, recurring income from borrowers. The company already makes money by lending out shares to customers who buy them “on margin,” and this new stock lending program is expected to bring in one-to-two times the revenue of the existing margin lending offering, its CFO Jason Warnick said on the company’s earnings call last week.

The two-year-old VC fund invests in B2B and API-first fintechs across Africa, Latin America and South Asia at pre-seed and seed stages. It expects to achieve a second close by the end of June

Early-stage technology investment firm Picus launched a Venture Partner Network and tapped Gerry Giacomán Colyer, co-founder and CEO of Mexican corporate spend management startup Clara, as its first partner. Colyer, according to Picus, will “support founders in the Latin American tech ecosystem to accelerate their growth journeys and will serve as an expert in fintech-related topics to founders globally.”

Fintech-as-a-service startup Rapyd launched Virtual Accounts, a product aimed at giving businesses a way to expand globally while supporting local payments. In its words, “This new offering allows organizations anywhere in the world to securely and reliably accept local bank transfers across over 40 countries in more than 25 currencies, including the US, UK, EU, and APAC regions.”

The BNPL crackdown hasn’t crushed Walnut and its latest $110M financing – the startup raised $10 million in equity and $100 million in debt financing, as told by Natasha Mascarenhas, who I am SO pleased to share, will be covering more fintech as it relates to inclusion and access!

Case in point, she also wrote this nicely done piece on Line’s $7 million equity and $25 million debt raise: Inclusive fintech is hard to do right, so Line has a different direction

Chilean fintech Xepelin wants LatAm businesses to get paid, as it raises a $111 million Series B – Christine Hall

Point closes on $115 million to give homeowners a way to cash out on equity in their homes – Andreessen Horowitz GP Alex Rampell co-founded the company, and is now an investor in it

Another company in that same space, HomePace recently raised $7 million for its own home equity product

Realto, operator of an automated, web-based marketplace for the secondary trading of illiquid real estate and alternative securities, raised $4.5 million in a round led by Firebrand Ventures.

Allocate, which says it is developing an approach to venture capital fund investing that provides a way for investors of any size to participate, raised $15.3 million in Series A funding. Christine Hall covered the company’s $5 million seed raise last July.

That was a lot of fundings considering we’re supposed to be experiencing a market correction! Maybe they closed a while back and are just now being announced. Either way, that’s it for this week. Thanks for reading, and if you’re a mom like me, I hope you have a wonderful Mother’s Day!