The medical world has come a long way from the traditional, centralized way of conducting clinical trials, but there’s still a lot of modernization left to do. Curebase provides the infrastructure — physical and digital — for distributed clinical trials and will be doubling down on its success with a new $40 million funding round.

Clinical trials used to be located generally at one or a small handful of institutions like research hospitals or big medical centers. As more drugs and treatments need testing, it’s become necessary to spread out a bit and perform the trials at a dozen or more locations.

The challenge there is obvious: How do you sync up the practices and data between dozens or even hundreds of different institutions, labs, regions and so on? Curebase combines an app-based experience for the patients with a supervised and standardized process on the provider side to make sure that the data is as good in a decentralized study as it would be in one conducted at a single location.

“There really are traditional trials with 500 sites — it’s just so hard to reach patients, and it’s incredibly expensive. Not a lot of them are using integrated platforms, you have everything on paper, no data visibility,” explained CEO and founder Tom Lemberg. “Our patient experience makes it easy to be in a trial — any patient, anywhere, can be in a trial at home and with their own doctor.”

But it’s more than just a user-friendly app — Curebase has to reach deeper into the system to make sure everything is working properly, and that a given test like a CAT scan or lab analysis is consistent across sites. 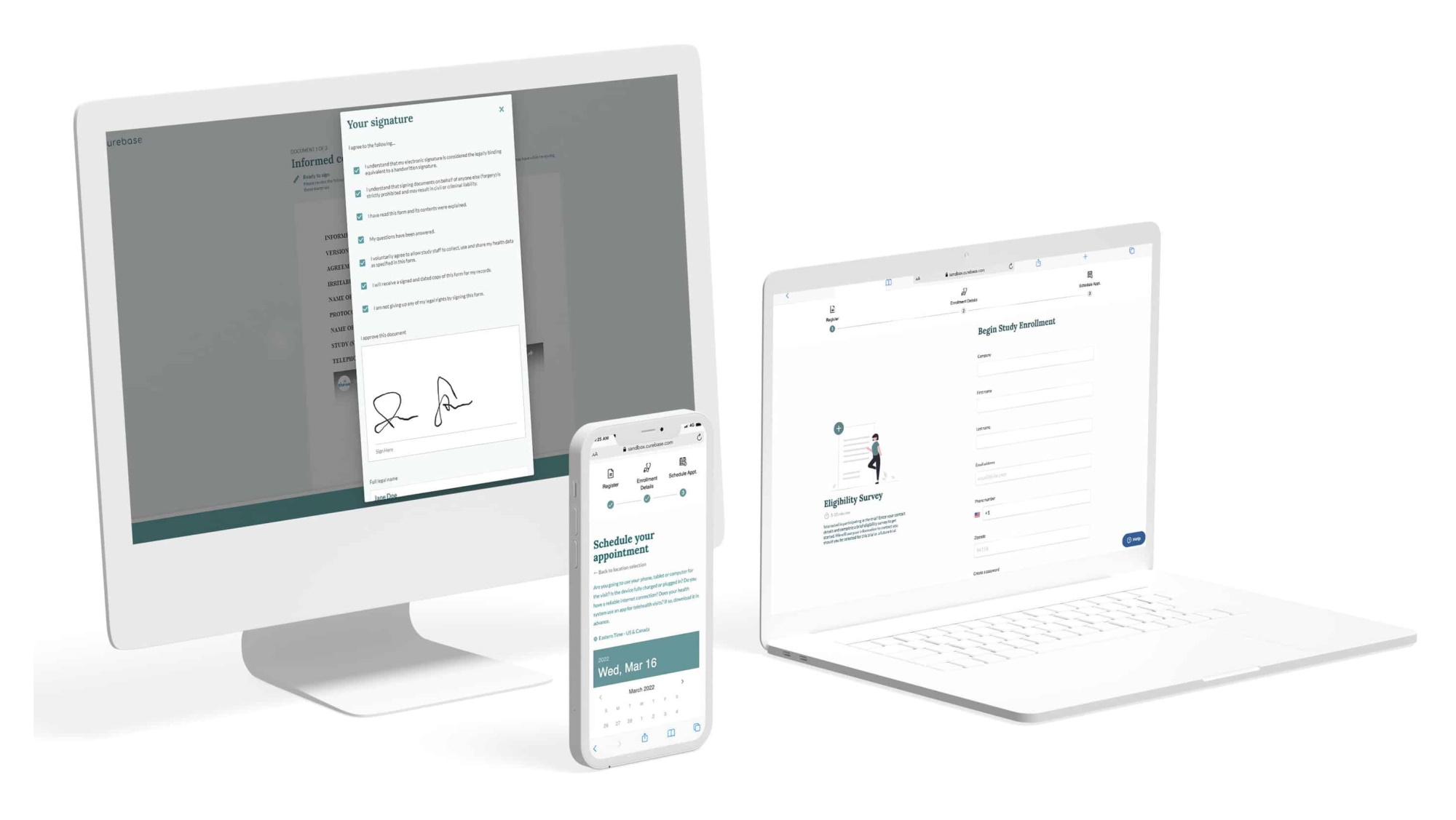 “We aren’t just throwing software over the fence and saying, ‘here, go figure it out’ — it’s end to end,” Lemberg said. “We put trained principal investigators in charge of each study. We see every site, who performs what, there’s incredible data transparency.”

Clearly there’s value here, as the company has seen major growth (it’s done 50 studies so far, with the yearly number tripling or more each year it has existed) and now attracted significant strategic funding from pharmaceutical company Gilead.

“We believe that by taking a human-centered design and technology enabled approach — as Curebase does — we can co-design a process that more effectively brings treatment options to people in need,” said Gilead’s head of tech and innovation, Matt Bryant, in a press release.

The funding will enable further expansion in a general sense for Curebase, activating partnerships at more institutions and hiring the people necessary to oversee the trials that will use them. Lemberg said they’re hoping to expand into new data sources as well, like heart rate-capturing smartwatches and improving the on-site presence they maintain at partner institutions.

He also said they plan to expand from the U.S, Canada, U.K. and France to six more companies in Europe by the end of the year, and a total of 10 languages (presumably those spoken in the selected countries).