In its ongoing battle with TikTok, Snap announced today it’s launching a new feature called Director Mode, aimed at providing easier access to Snapchat’s native creative tools for publishing video on its platform, including to its short-form video feature known as Spotlight. At launch, Director Mode will include a new Dual Camera future that will allow users to record front both the front-facing and back-facing cameras at the same time — a format that’s also being leveraged by the much buzzed-about new app BeReal, but for photo-sharing.

While Snap today already offers a stand-alone video editing app, Story Studio, it sees that as being aimed at more professional creators in search of an advanced suite of tools. Director Mode, meanwhile, will serve as a modular camera mode within Snapchat itself that’s intended to help centralize access to creative tools that would be useful when publishing to Spotlight.

The feature will be available in Snapchat’s main camera tab as well as from Spotlight itself, the company says.

“[Director Mode] surfaces our tools that are intended a little bit more for entertainment creation — if you’re pre-planning a video or if you’re making something that you’re going to be submitting to Spotlight,” notes Sam Corrao Clanon, Snap’s director of Content leading Spotlight, who Snap poached from TikTok last year. 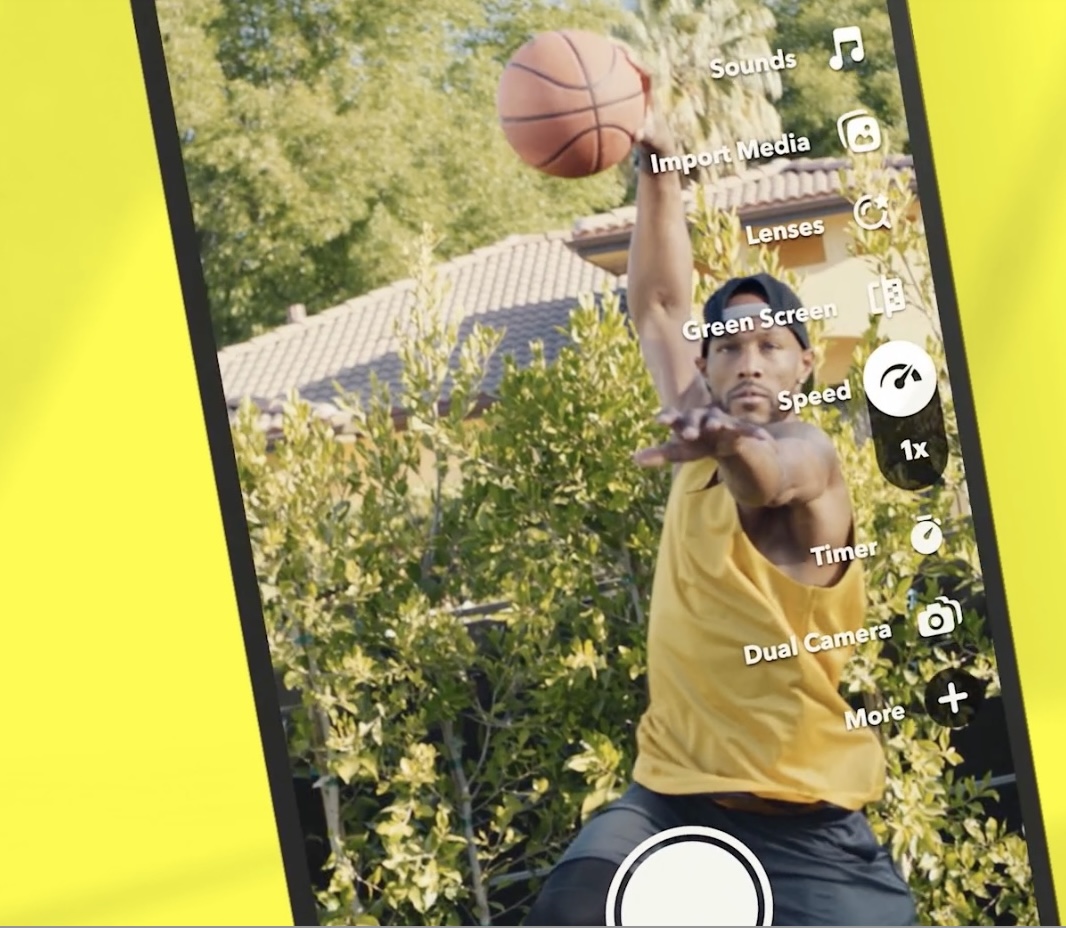 The feature aims to intuitively organize tools like Quick Edit, which allows creators to add transitions to videos, along with things like an improved green screen feature and the new Dual Camera mode, among other things. But more critically, Director Mode gives Snapchat a dedicated place within its app to introduce more creative tools over time, with an eye on improving Spotlight videos and removing the barrier to entry for new creators. This is similar to how TikTok provides a host of filters, AR features, templates and video formats in its own camera interface, so would-be video creators don’t have to think about the technicalities involved in making a certain type of video — they can just tap a button to get started.

The company cites the demand for such a feature, noting that nearly two-thirds of Spotlight video submissions today use one of Snapchat’s creative tools or an AR Lens.

Like others in the social space today, Snap is in a heated battle with TikTok for users’ time and attention, as well as creator content. How well Snap’s efforts are advancing isn’t entirely clear. Snap declined to say how many Spotlight videos have been published to date nor how many creators had posted a video to its TikTok-like video feed, Spotlight. Instead, it only points to metrics related to Spotlight’s growth — like engagement that’s tripled over the past year or how the number of weekly submissions increased a bit more than 5x. But without a baseline starting point, it’s hard to shape those metrics into anything that offers a true understanding of creator and user adoption of the feature, which first launched in November 2020.

If anything, the new additions speak instead to what a credible threat TikTok has become.

Not only did Snapchat — an app that established itself as a place for friends privately connect — tack on a vertical video feed of short-form, user-generated content, it’s also now rolling out a TikTok-like creative tool organizer with Director Mode. And it’s planning to bring Remix, a collaborative video feature similar to TikTok Duets, over to Spotlight, too.

Despite the TikTok similarities, however, Snap believes it can differentiate itself by the nature of its community.

“The reasons that people come to Snapchat are really different” explains Carrao Clanon. “Snapchat is a platform where people come because their friends are here — because their closest, most authentic, social and familiar relationships live on the platform. And we see even our broadcast content really is an extension of that,” he says.

This, Snap believes, has helped the Spotlight feed develop more of a distinct feel compared with rivals, and one that reflects Snapchat’s more casual format. Similarly, the content that outperforms on Spotlight tends to be “more in the moment, spontaneous, daily life and humorous — like moments from school, moments from work or moments from one’s community,” Carrao Clanon notes. And users may feel more connected to creators where the published content is less polished and “performative” than what appears on YouTube.

Snap said Director Mode will launch first on iOS in the coming months followed by Android later this year.