Camera IQ announced today that it has launched support for AR effects within TikTok’s AR development platform Effect House, which allows creators to build AR effects for use in its app. Camera IQ’s platform features preset templates and 3D tools that allow brands to create AR experiences and then launch them on Facebook, Instagram, Snapchat and now TikTok. With the new launch, Camera IQ customers on Team and Enterprise licenses can build and launch AR effects to their TikTok brand accounts, which gives them a chance to create more engaging content for viewers on the platform.

“Brands can partner with Camera IQ to build a cross-platform AR strategy by transforming previous AR campaigns into TikTok effects or building new effects,” the company said in a statement. “Camera IQ offers hands-on support from its team of experienced account strategists, while delivering real-time analytics and exclusive insights on the performance and virality of a brand’s AR effects.” 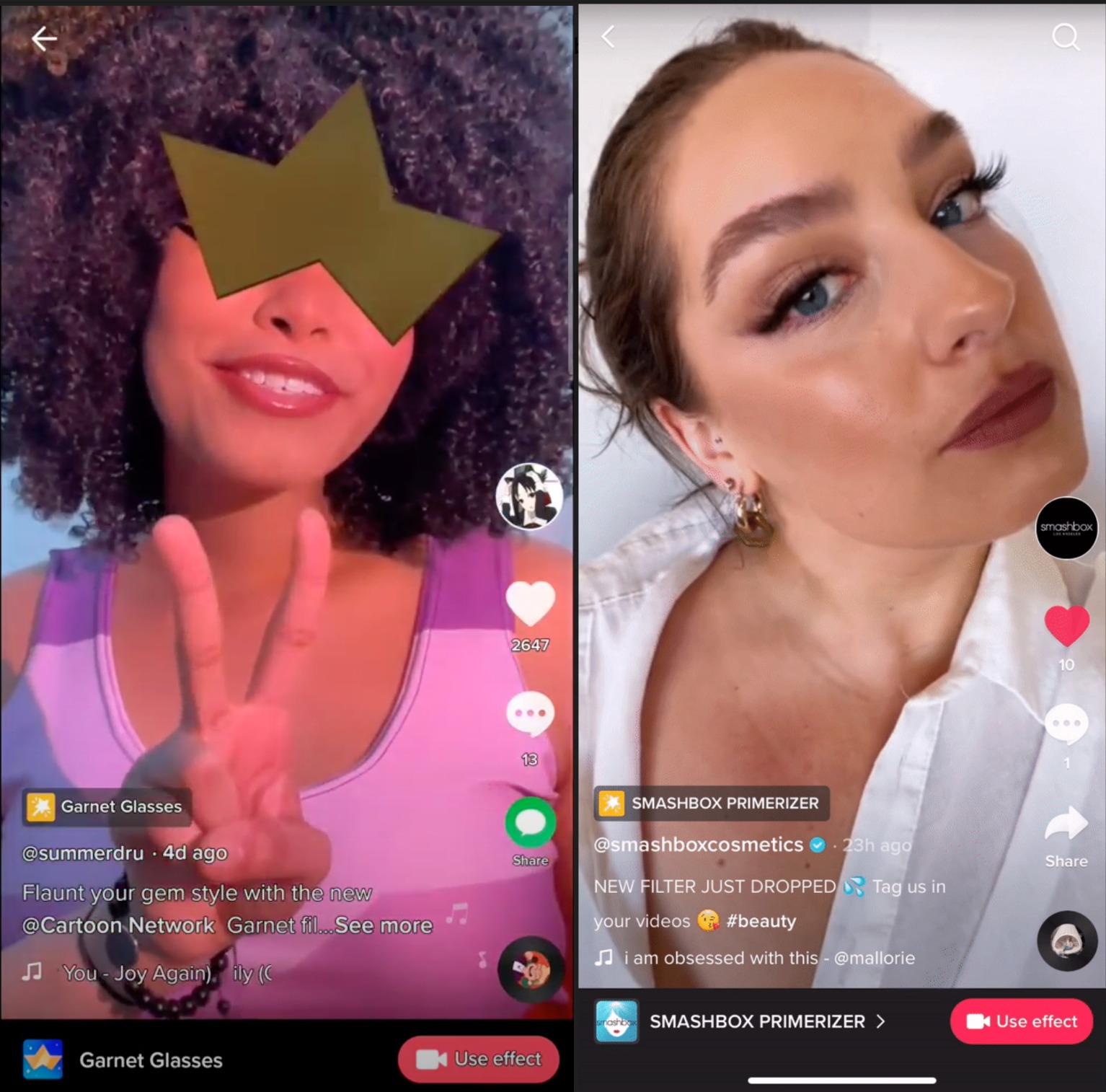 Camera IQ partnered with a few companies prior to the public release, including Cartoon Network and Smashbox, which have launched AR filters on TikTok. Cartoon Network used Camera IQ late last year to help it build a “Garnet Glasses” effect based on the glasses worn by Garnet, the “Steven Universe” character who spoke a viral line that was being used in thousands of TikTok videos. Since then, Cartoon Network has also launched a “That’s all folks!” effect. Camera IQ says the effect has received over 4 million views with over 14,000 fans creating posts using the effect, despite not receiving any paid promotion.

TikTok’s Effect House, which launched two weeks ago, features a detailed set of documentation that teaches users how to use the platform to create specific types of effects, like Segmentation, Face Mask, Head Tracker, Face Stretch and 3D Face, as well as how to use different textures, materials, lighting and shadows and more.

When creators’ effects built with Effect House are displayed on TikTok, the effects’ results page will feature the creator’s username and link to their profile. All the creator’s published effects in their portfolio can be viewed from a designated tab on their profile page, as well.