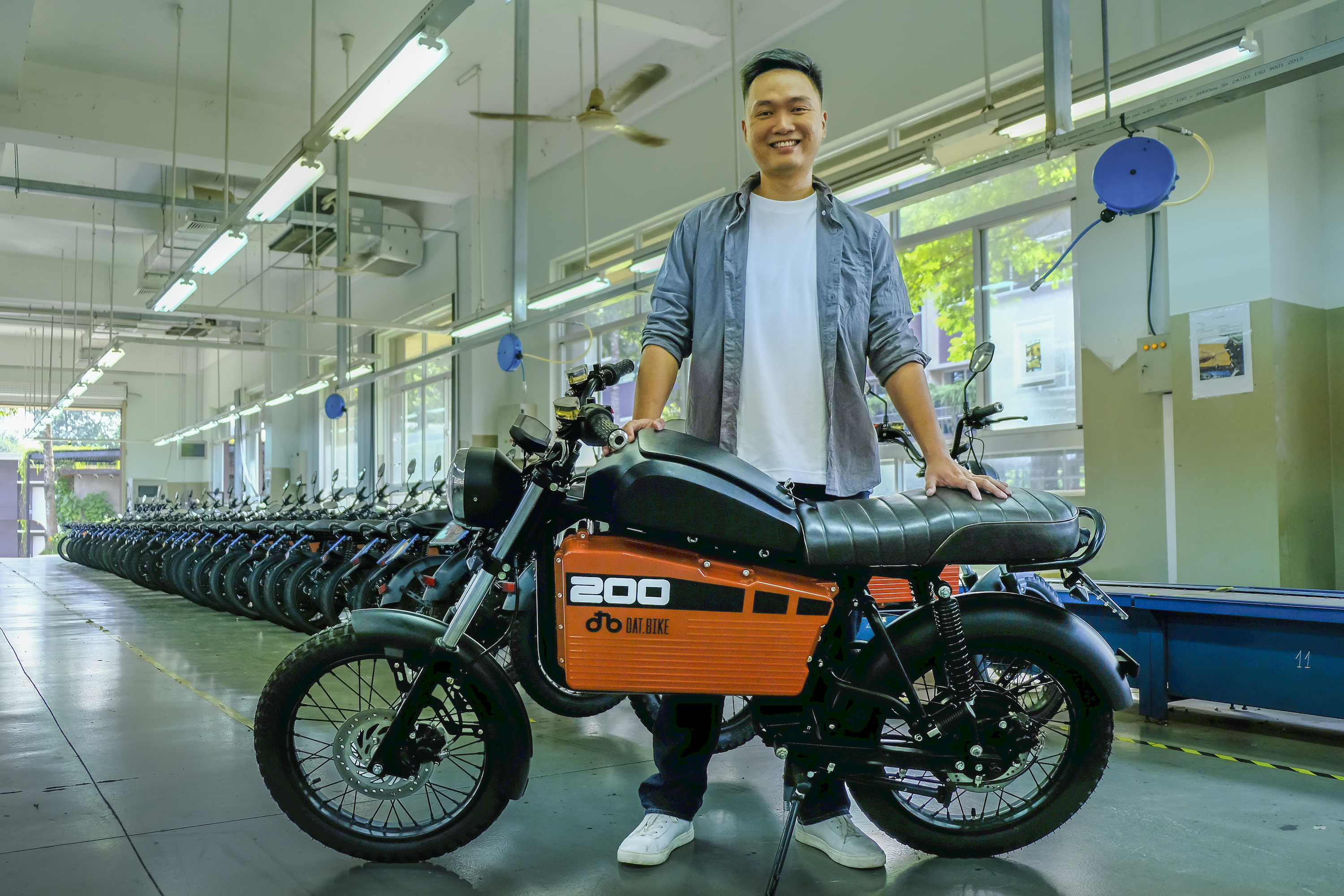 Dat Bike is on a journey to reduce the amount of gasoline used in Vietnam. The startup makes electric motorbikes with key components that it designs and produces domestically to reduce costs and improve performance. Today, Dat Bike announced it has raised a $5.3 million Series A led by Jungle Ventures, with participation from Wavemaker Partners.

Both are returning investors. Jungle Ventures led Dat Bike’s seed round a year ago, when TechCrunch first profiled the company. The latest funding brings Dat Bike’s total to $10 million raised since it was founded in 2019 by Son Nguyen.

Dat Bike is recognized by the Vietnam Ministry of Transportation as the first domestically made electric bike. Nguyen said that Dat Bike uses vertical integration instead of relying on third-party imported electric drivetrains and parts because that keeps costs down while improving quality. Most of the parts on Dat Bike’s vehicles are designed by the company and 80% of its suppliers are located in Vietnam. It also uses a direct-to-consumer distribution model, pushing prices down lower.

Part of the funding will be invested in its technology. Nguyen explained that the three most important parts of an electric bike are its battery, motor and controller. Right now, Dat Bike owns technology for its battery packaging and controller. With its new capital, it will be able to invest in its engine technology. Nguyen added that the company will also upgrade its mobile app, adding new features and shortening the feedback loop on its error reporting feature.

One major thing the company had to address was consumer concerns about the performance of e-bikes compared to their gasoline counterparts. The company says its first product line, the Weaver, displayed three times the performance (5 kW versus 1.5 kW) and two times the range of (100 km versus 50 km) of most competing electric bikes. Dat Bike’s second model, the Weaver 200, was launched last year with higher performance, or a range of 200 km and 6 kW power. It also reduced charging time from 1 hour for 100 km to 2.5 hours for its full 200 km charge.

“We aim to develop a new product every year and research for faster charging,” Nguyen said.

Dat Bike currently has two stores in Ho Chi Minh City and Hanoi, and its bikes can be ordered online, too. Part of the funding will be used to expand its offline-to-online model into more large cities, including Thai Nguyen, Bac Ninh, Hai Phong, Hai Duong, Ha Long, Vinh, Quy Nhon, Nha Trang, Danang, Can Tho and Vung Tau.