Update: The launch was successful and they should dock this evening as planned. Update 2: All aboard!

The International Space Station will receive a few fresh faces tomorrow morning, along with some potentially interesting experiments for on-orbit testing. It will be the fourth crewed mission aboard a SpaceX Dragon capsule — this one, dubbed “Freedom,” will be launched atop a Falcon-9 very late tonight — technically tomorrow in the wee hours of the morning. You can watch it below if you’re awake.

This launch was originally scheduled for launch last Saturday, but there was a bit of an unexpected conflict with the AX-1 mission, which had its departure and splashdown delayed. But now Crew-4 is back on track and ready to take off from launchpad 39-A at Kennedy Space Center in Florida.

Dragon capsule Freedom will carry NASA astronauts Kjell Lindgren, Bob Hines (who will pilot the craft), Jessica Watkins (making a nice little bit of history), and ESAnaut Samantha Cristoforetti. Some familiar names there for anyone who’s followed the ISS’s crews.

Also aboard the Dragon will be (in addition to the usual supplies, fresh fruit and so on) two new experiments, since of course testing in microgravity is precious to many government and private research projects. Here’s what’s going up tomorrow: 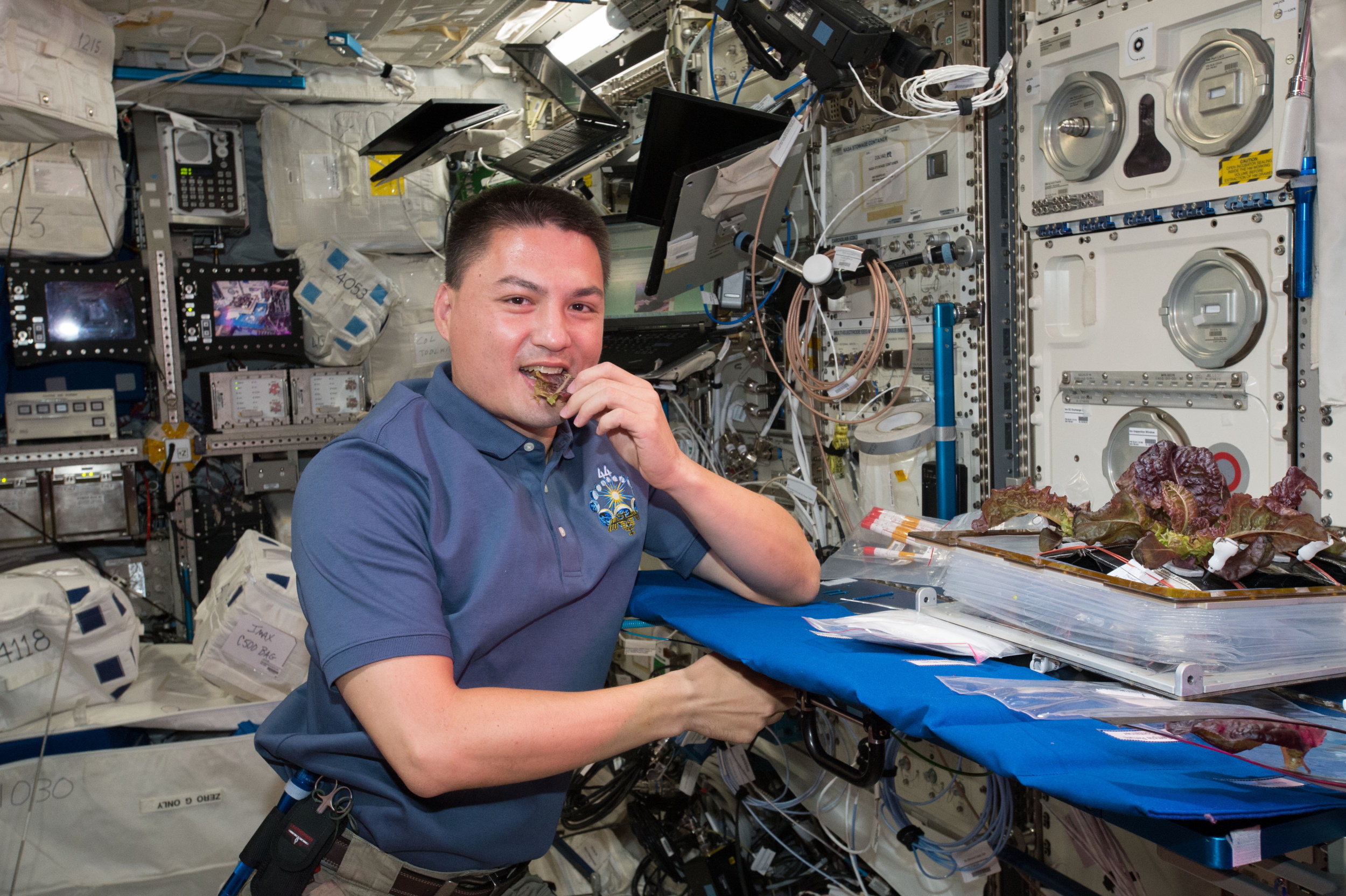 Kjell Lindgren eats some XROOTS lettuce during Expedition 44. He won’t get to eat any this time, sadly. Image Credits: SpaceX

And the crew going up will continue missions in hydroponic plant growth (“Crew-4 members are not expected to eat the XROOTS plants”), a student code project sponsored by JAXA where kids get to control an Astrobee, and a test of a modified off-the-shelf device for diagnosing certain medical conditions that they hope will continue to work in space.

The launch is scheduled for no earlier than 3:52 a.m. EDT, but it’ll be a long cruise to the ISS after that — assuming the launch happens on time, it’ll be 16 hours in the capsule before they approach the ISS for docking. There’s a full schedule of events here, but just tune into the YouTube live broadcast starting a couple hours before launch to catch it all as it happens: