RelationalAI, a startup that wants to change the way data-driven applications are built by combining a database system with a knowledge graph, today announced that it has raised a $75 million Series B funding round led by Tiger Global. Previous investors Madrona Venture Group, which led the company’s Series A in 2021, Addition and Menlo Ventures also participated in this round, which brings RelationalAI’s total funding to $122 million.

The company also today announced that it is adding Bob Muglia, the former CEO of Snowflake, to its board.

The idea here is to bring the power of knowledge graphs, that is, the technology that powers things like Google’s knowledge panel feature in its search results, to every business. As RelationalAI co-founder and CEO Molham Aref (who was previously the CEO of LogicBox and Predictix) noted, data lakes (in all of their variations) now allow businesses to consolidate all of their data from a multitude of siloed systems into a single place.

“Unfortunately, you can only move the data into Snowflake — you can’t move the application logic that sits in those applications,” he said. “So you have de-siloed data. You had all these data silos and you put them in one place, but your knowledge still lives in silos. And by knowledge here, I mean application logic, business logic, etc.” 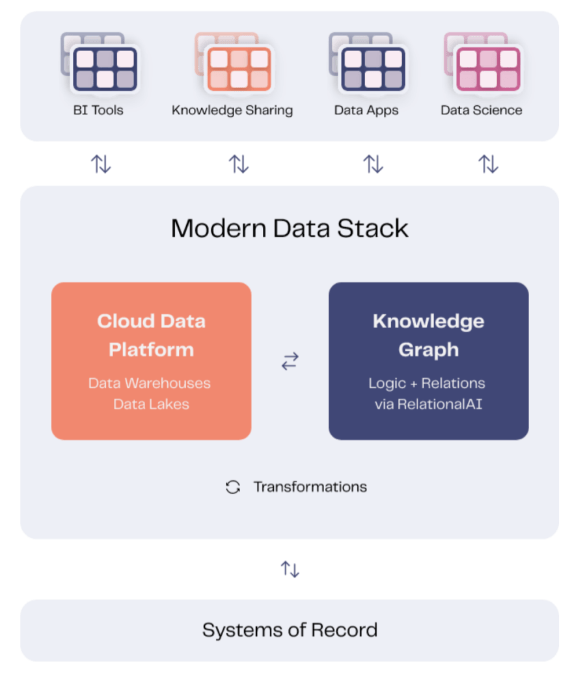 Former Microsoft exec and Madrona managing director S. Somasegar echoed this and noted that while businesses now have a data stack that is heavily influenced by how the hyper-scale cloud providers are building their systems, the ability to support what Somasegar calls “composite AI” workloads is still missing. These workloads, which he defines as graph analytics, reasoning and neuro symbolic AI (symbolic AI + deep neural networks), are not part of what a traditional database system was built to support, so they tend to be handled by systems outside of the database.

“Tiger Global backs dynamic entrepreneurs operating market-leading growth companies,” said John Curtius, partner at Tiger Global. “We approached RelationalAI because we believe their system is mission-critical to the modern data landscape and just as important, they have an unbeatable team.”

The service is now in early access and the company expects to be able to open it up for self-service in early 2023.