I don’t cover Kickstarter campaigns much, but when Thingify rolls up and is trying to sell a $430 pinhole lens, I’ll bite and take a closer look. There are a couple of things you need to understand about photography to understand how absolutely bonkers this is. For one thing, there’s a reason why lenses exist — it’s pretty much impossible to take good, sharp photos without them. In addition, you can make one yourself for zero dollars and 10 minutes of patience. There are 23 recipes for how to make one in this one article alone. Over the years, I’ve made dozens. It’s a fun little project you can learn in an afternoon, and a 5-year-old can figure it out.

Granted, Thingyfy’s approach gives you a bit of flexibility. It has six different pinholes you can select by twisting a ring on the camera. It also has a “zoom” —  basically, it changes the focal length of the device by moving the hole farther away from your focal plane. Both are clever features that give photographers and videographers a bit more flexibility. But the sheer audacity of sticking a $430 price tag on this thing — even if it’s offering them at $220 for the preorder campaign — is audacity beyond words. Noting that the company has already had 754 preorders and that the campaign is at almost $200,000 with 20 days to go has me swearing under my breath and sputtering with fury.

This is by far the dumbest thing I’ve seen in photography in many, many years, preying on the hopes and dreams of would-be content creators who want to get the edge on their content creation, following the newest trends. 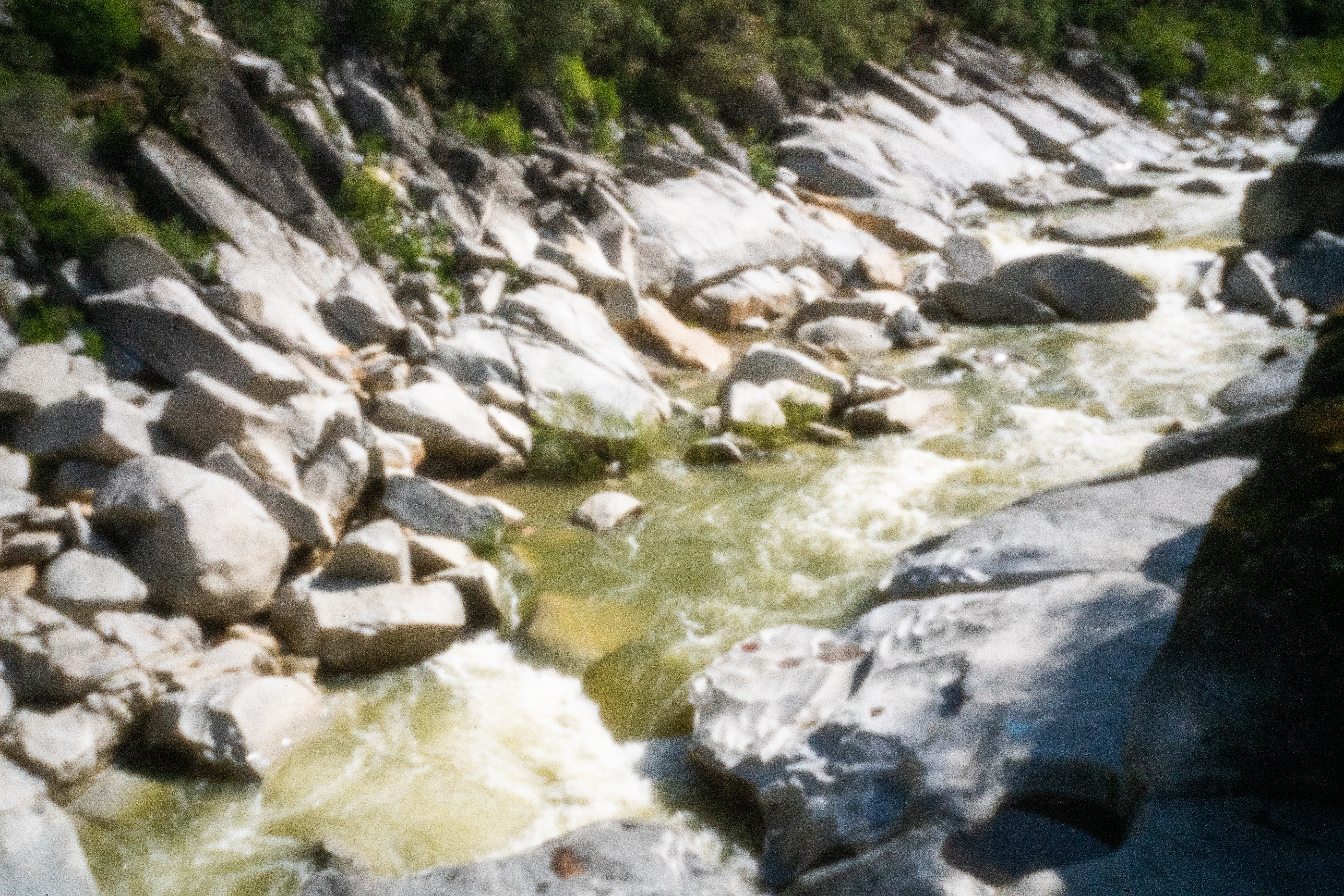 I mean; it isn’t even particularly good, as pinhole lenses go! Image Credits: Haje Kamps for TechCrunch (opens in a new window)

I figure you’ve already gotten the gist of this review; it’s a stupid idea through and through. It’s a misnomer to even call it a “lens,” because while it attaches to your SLR camera where a lens usually goes, it doesn’t have the most expensive and important component of a lens: The glass. As far as pinhole lenses go, it isn’t even a particularly good one. The only thing this device has going for it is that it comes in a pretty box and is relatively user friendly, but even that shouldn’t be worth $50 to a self-respecting photographer — much less $400.

By all means, build yourself a pinhole lens, or if you want something that has a laser-cut hole that is more precise than you can get with a pushpin, spend $30 on an SLR Magic lens — at least they have the decency to put “toy lens” on the side of the device, rather than slapping “pro max” on it in the hopes that it seems more professional. It ain’t. Don’t be fooled. Back this Kickstarter project if you want to, but know that photographers who’ve been floating around the industry for a few years will giggle at your ignorance with great gusto. Pinhole lenses are fun, but the fun wears off after a couple of dozen photos and videos. Even the shittiest, cheapest lens can take far better photos than this pile of garbage. Spend your money elsewhere, and save your local landfill from receiving this chunk of metal after a couple of uses.