It’s been a wild few years for the home fitness industry. Few consumer technologies were better positioned to ride the pandemic to new heights. There’s been some leveling off of late, of course. Perth-based startup Vitruvian has made a name for itself in the Australian market. The company’s at-home strength-training system sports resistance-based weights up to ~440 pounds. Vitruvian touts “software-driven weight training,” which can dynamically adjust resistance to the user.

As gyms across the country and world have reopened, demand has cooled a bit — which is among the many (sometimes self-inflicted) wounds that slowed Peloton’s meteoric rise. There are still plenty of opportunities in the category, of course — particularly for some novel approaches. The company also pushes back a bit on the gym question.

“We haven’t seen it personally, in fact upon reopening the site for sales on April 5 after selling out of the Trainer+ earlier in the year, we had our best sales day ever, by a long way,” founder Jon Gregory tells TechCrunch. “Furthermore, Vitruvian was never conceptualized as a replacement for gyms but as a technology company that enables convenient, effective, efficient resistance training wherever people want to train — at home, in a gym, with a PT.  We see metal weights as our competition — not gyms or PTs.” 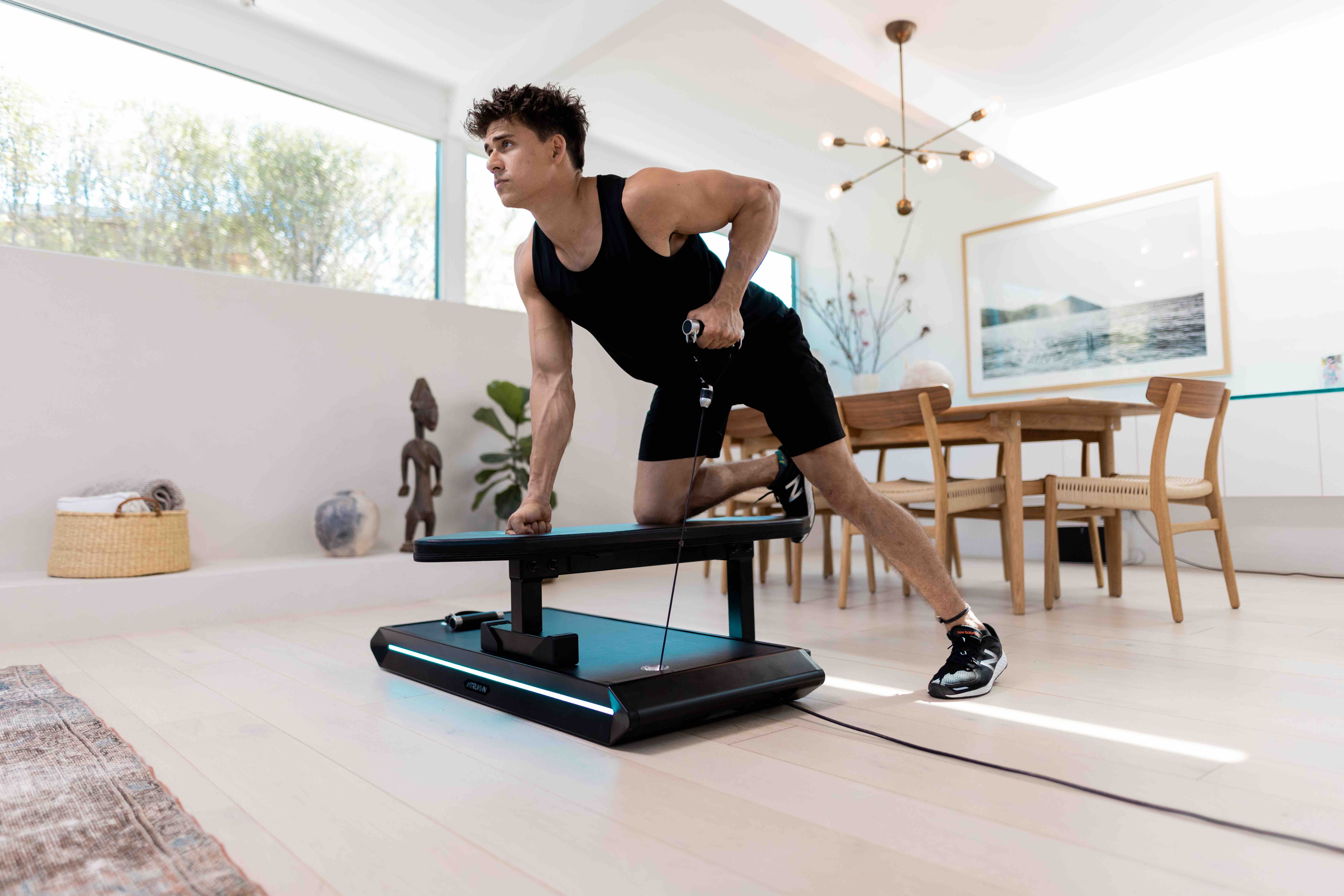 Founded in late 2018, the company ended 2020 with a $3.4 million seed raise. Today it adds another $15 million in the form of a Series A with participation from Larsen Ventures and Ten13. The company says the round will go toward scaling up the business around its Trainer+ system, which received a second generation upgrade late last year. It’s also using the round to push into the large — but saturated — United States market.

In addition to brands like Peloton, there are a number of other competitors, including Mirror, Tonal and Tempo, all of which rely on large, reflective displays to serve up coaching. The Trainer+, meanwhile, sits on the floor, with a pair of cables offering adaptable cable-based weight training. The company says it sold out of the initial run of the system and will begin ramping production back up next month.

“There are a few products that have up to 200 lbs of smart or dumb weight, but this isn’t enough for someone who has even a basic strength base for deadlifts and squats, particularly when you add in an eccentric overload in smart weight (where it is heavier on the way down where you are stronger, than on the way up),” says Gregory. “We are bringing something very different, it is effectively like having a full weight stack and from 5 lb all the way up 440 lb and squat rack in a sleek and portable platform that integrates with a smart TV, a phone or a tablet for self-made workouts or immersive classes. Something that doesn’t require installation and can be tucked away when not in use.”