Spotify will make you a custom playlist based on your pet’s personality and your own listening habits.

While the streamer first launched this feature in 2020, it made the experience native to the mobile app last week in honor of National Pets Day (which is apparently a thing).

Growing up, my family had an extremely anxious, Prozac-prescribed Shih Tzu who needed to listen to very boring, chill doggie music whenever we left the house. But Spotify’s pet playlists aren’t just made up of dull instrumentals — they’re probably meant more for the pet owner than the pet (though if you have an anxious canine companion, Spotify says its “This is Calming for Dogs” playlist has been played over 330% more since last year). 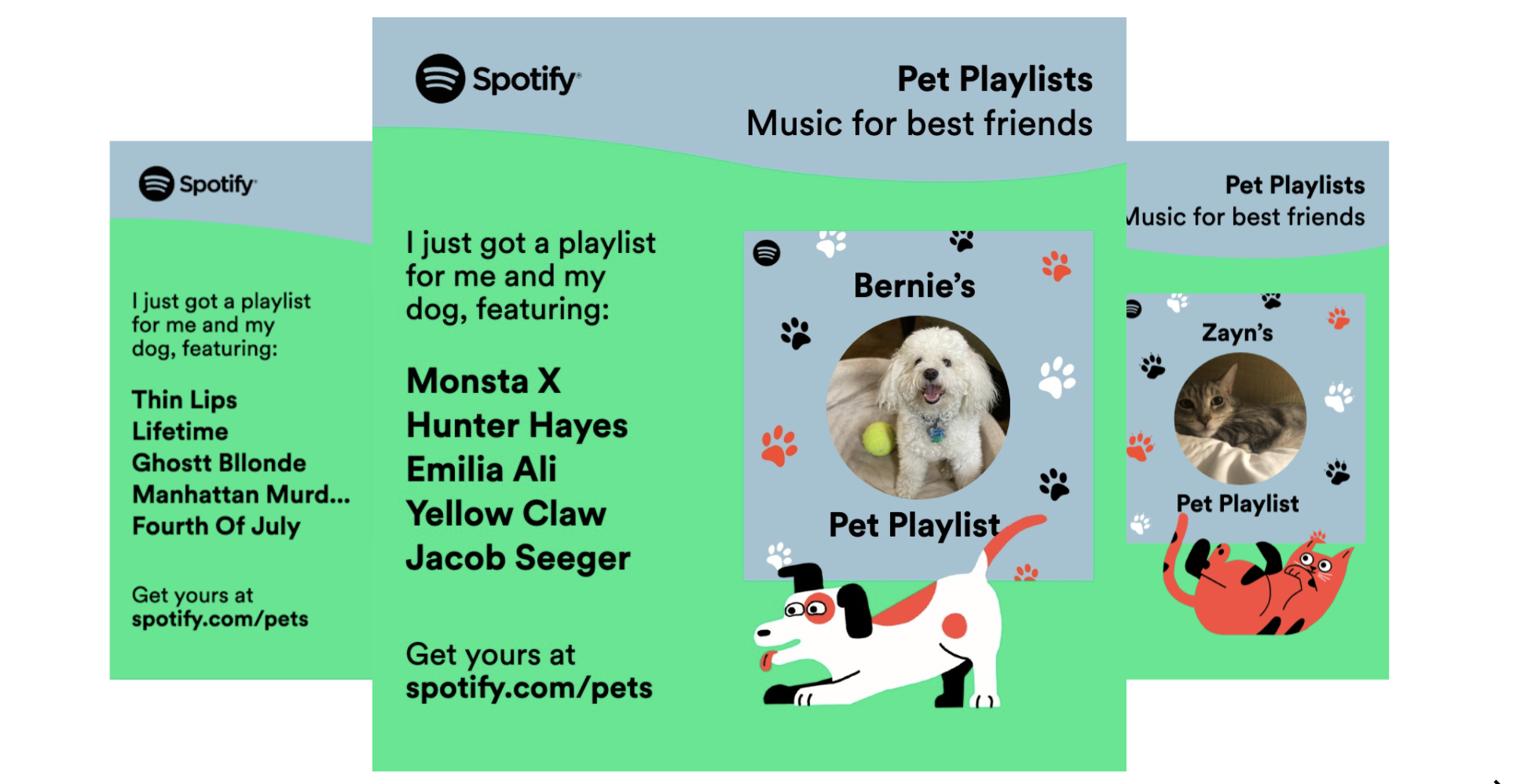 I don’t have a pet, so I made up an imaginary pet named Gerald. He is an energetic, friendly iguana. My pet playlist for Gerald was a surprisingly good mix of artists I actually listen to (Hop Along, SZA, The Shins) and thematically appropriate bands (Iguana Death Cult is one hell of a name). But it also introduced me to artists I never would’ve encountered ordinarily, like Kyoto-based singer-songwriter Kaho Nakamura. She is good.

Is this feature just a way for Spotify to get us to share cute little graphics and distract us from the fact that artists don’t think the streamer is compensating them fairly? Yes. Does my imaginary iguana Gerald have great taste in music? Also yes.