Obtaining raw materials is a major pain point for Pakistan’s manufacturers, who need to have multiple phone calls with suppliers while waiting for rates, say the founders of Zaraye.

The startup, which runs a platform that connects manufacturers directly with suppliers, announced today it has raised $2.1 million in pre-seed funding from Tiger Global and Zayn Capital. This marks the first time Tiger Global has made a pre-seed investment in a Pakistani startup. Other investors include +92 Ventures, Alan Rutledge, Jack Rizvi and current and former employees of Careem.

The startup was founded in late 2021 by Taha Iqbal Teli, Hashair Junair Ahmedani and Ahshan Ali Khan, who went to school together. Zaraye provides manufacturing businesses with working capital, in addition to raw materials. It currently serves the textile and construction industries, with more than 300 partners and suppliers in about 20 cities.

Teli and Khan worked together at Careem, Swvl and other companies, while Ahmedani’s family worked in the conventional manufacturing business. “The manufacturing sector in Pakistan has been operating with very marginal innovations [for] decades, [with] WhatsApp being the only notable change in how processes have evolved. Zaraye intends to change that,” said Khan. 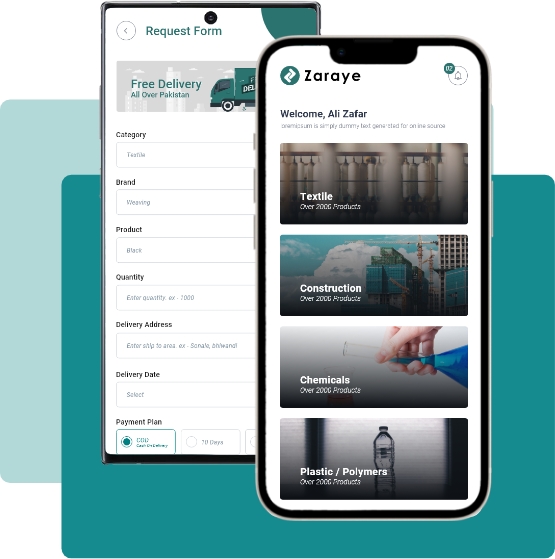 Materials on the platform include cotton yarn, which CEO Khan told TechCrunch is the single biggest raw material used for creating end-use fabric in the textile industry. For the construction industry, Zaraye provides cement, sand, gravel and crushed stone. The company is focused on smaller manufacturers, whose annualized revenue varies between $250,000 up to $2 million USD.

Typically, manufacturers connect with intermediaries or directly with suppliers and wait for them to furnish rates. Zaraye, on the other hand, gives more autonomy to manufacturers by allowing them to post their requirements and wait for quotes from suppliers. For suppliers, this means they can see consolidated demand from Zaraye’s network of buyers.

Based on data aggregated by Zaraye from the Pakistan Credit Rating Agency, Pakistan’s industrial manufacturing sector contributes to 20% of the country’s economy with $35 billion in raw materials annually, with raw materials contributing 60% to 65% of total costs for manufacturers, who need to deal with small net margins.