Remember caring for your “Nintendogs” on your Nintendo DS? Or maybe you used to bring your Tamogatchi to third grade to make sure you could flush its pixelated poop? Pokémon Go creator Niantic is bringing that same energy to its upcoming augmented reality mobile game Peridot.

Peridots (or Dots for short) are virtual, magical animals that kind of look like knock-off Pokémon (but like, in a good way?). The goal of the game is to care for your Peridot from childhood to adulthood, nurturing and taking it on real-world walks. Consistent with Niantic’s push for a “real-world metaverse,” your Peridot might ask you to go on a walk to a nearby point of interest, or to find a specific kind of food. Niantic says that when you play with your Peridot in camera-based AR, your Dot will be able to distinguish between different types of terrain, like grass, sand, water or dirt. Depending on where you are, your dot will obtain different kinds of items, encouraging users to seek out a variety of places to play. 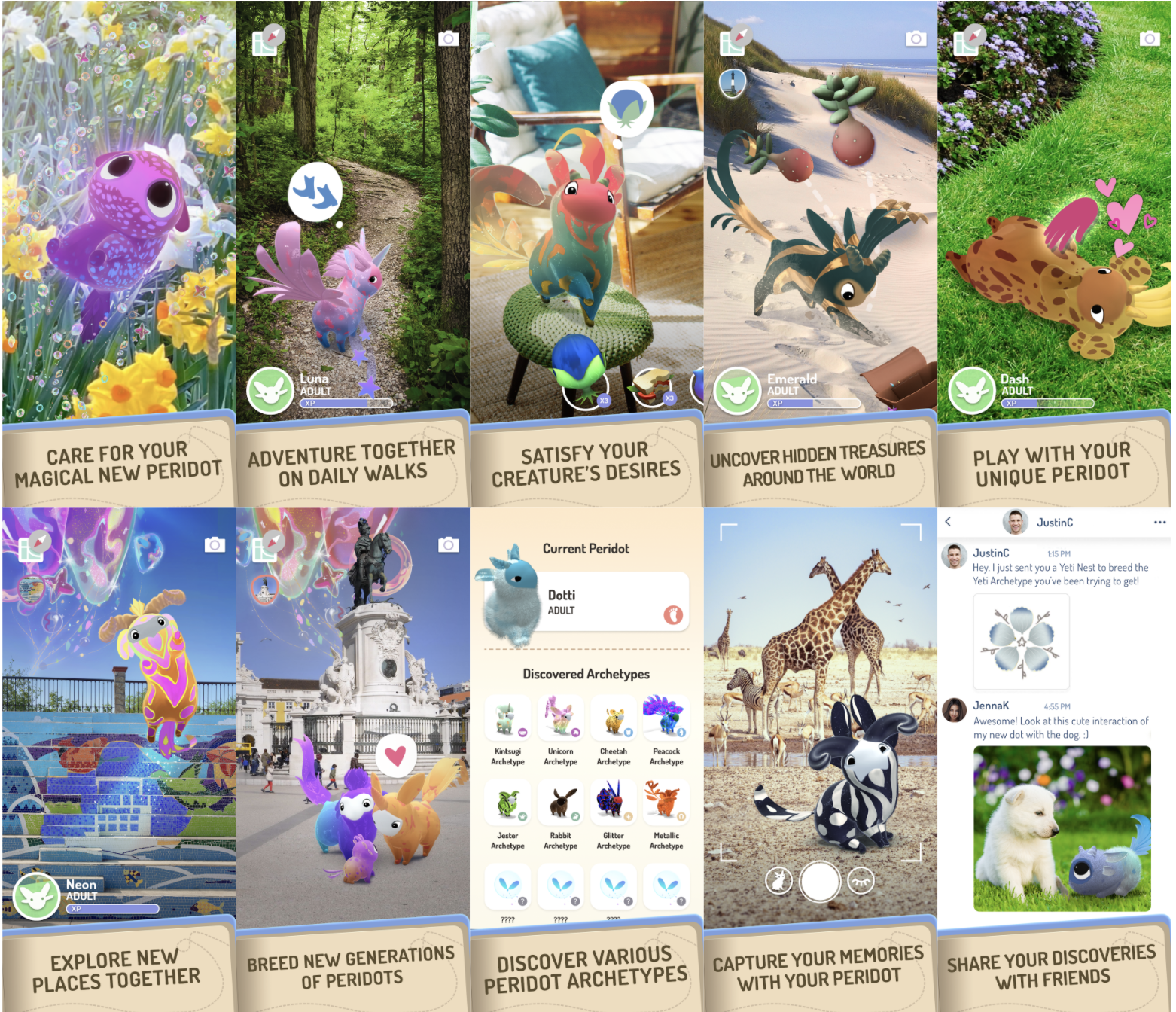 Every single Peridot is unique, sporting different personalities, visual appearances, likes, dislikes and abilities. Niantic created a breeding system, which it says is “patterned after the way DNA works in real life, [blending] the best of hand-created access and procedural generation.” Players are incentivized to breed their Dots once they reach adulthood to unlock different archetypes of Dots, like “Unicorn,” “Peacock,” “Cheetah,” “Ram,” “Rabbit” or “Clownfish.” To breed, players need to visit specific points of interest (perhaps like a gym in Pokémon Go).

Most recently, Niantic released the game Pikmin Bloom in October, which is a similarly wholesome journey that invites you to walk alongside your squad of floral seedlings. Soon after, the company sunseted its Harry Potter: Wizards Unite game, but other properties like its flagship Pokémon Go remain huge moneymakers for the AR developer, bringing in over $1 billion of in-app purchases last year. In November, Niantic commented in a blog post that it had nine games and apps in the development pipeline including Transformers: Heavy Metal, a game that will let users battle giant robots (perhaps not as wholesome as Peridot).

Peridot will begin soft launch beta testing this month in select markets on both the App Store and Google Play. Watch a trailer for Niantic’s new game Peridot here: