The corporate spend space continues to heat up.

Today, decacorn Brex revealed that it is making a big push into financial software with the release of a new spend management product called Brex Empower. And it’s making the leap with one high-profile customer already signed up — DoorDash.

Now, normally, a startup announcing a new product is hardly fodder for a news story.

But in this case, it is.

Brex is one of a number of companies in the corporate spend management space that has grown increasingly crowded — and competitive — in recent years.

Originally, Brex was a startup focused on startups. Specifically, it provided corporate cards aimed mainly at startups and SMBs. Brex gradually evolved its model with the aim of serving as a “financial operating system” for companies. Historically, it has generated its revenue from interchange fees.

But now, the company is making a “big push” into software, which means its revenue generation will be more diversified as it will now be making money off of interchange fees and recurring revenue from subscriptions to its software. Brex is also placing greater emphasis on moving upmarket to serve larger customers, as evidenced by its landing DoorDash — a company with more than $36 billion in market capitalization and 9,000 distributed employees — as one of its first clients. While it will still serve startups, Brex wants to be able to support startups as they grow, as well as enterprises that are already huge.

“We’re very focused on signing up net new large enterprise customers and DoorDash is the first of many, with lots to come,” Brex co-CEO and co-founder Henrique Dubugras said in an interview. “It’s extremely important to us. The reason that DoorDash bought our product is that the entire software suite is very powerful. They don’t see Brex as a card or financial services company but as both a financial services and strong software company.”

He goes on to share the experience of a DoorDash GM who wanted to buy $1,000 worth of ice. The process took weeks and the GM had to create a purchase order and get it approved by the finance team first. It’s a problem that Brex wants to help solve.

The company’s growth has been swift and impressive. Earlier this year, Brex confirmed a $300 million raise that valued it at a staggering $12.3 billion. The company now has 1,100 employees, saw 100% YoY revenue growth in 2021 and has a customer base “into the 50,000s,” according to Dubugras. He declined to reveal hard revenue figures, but previously told TechCrunch Brex was still focused on growth and not yet profitable.

The majority of Brex’s revenue still comes from interchange fees, Dubugras said. But he expects that the proportion of SaaS revenue and “other revenue lines” will grow over time.

‘A much bigger push and bigger play’

In April of 2021, Brex said it had combined credit cards, business cash accounts and new spend management and bill pay software “together in a single dashboard” as part of a service called Brex Premium that cost $49 per month.

In announcing Brex Empower, the company said it was no longer offering Brex Premium. Currently, Empower’s first product is focused on spend management but will evolve over time to have “wider capabilities” such as travel, procurement, payments and banking access, Dubugras said. Empower is a very different model than Premium, the company said, in that it was built from the ground up to help companies grow at scale with a “trust and verify” approach.

“It’s a much bigger push and bigger play than Premium was,” the company said, noting that it would release pricing for the new product in “early summer.”

“We want to help companies build a culture of trust — but one of financial discipline so that it’s not a free for all. That way, companies can make decisions faster, and grow faster,” Dubugras told TechCrunch. “We want to make it super easy for employees to do the right thing. And we believe in increasing the speed of business.

Empower, the company says, will, for example, eliminate the collection of receipts. It automatically collects “many” receipts by “leveraging exclusive data from credit card networks, and integrations with thousands of POS partners,” according to Brex. A customer can’t use Empower without also using a Brex Card. 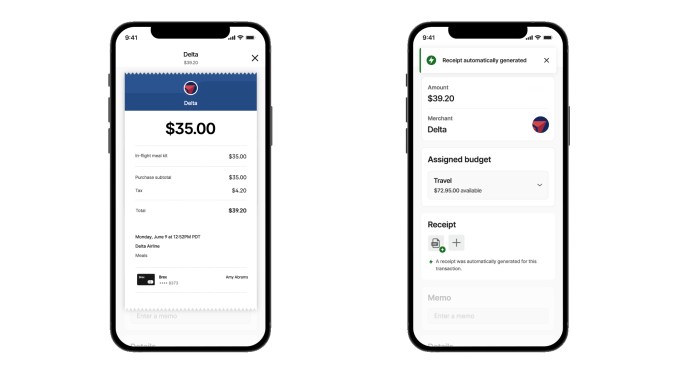 The company claims that it has also found a way to “visualize expense policies” so that its software is able to understand the business context for any expenses, across card, reimbursements and bill pay.

Its product also reverses the historical process of an employee making a purchase and then getting approval. Brex’s system gives companies a way to “manage by exception.” Because its software will be able to know what purchases are in policy, it can flag those that fall out of it or are over budget. It is working to introduce what it describes as “an anomaly detection model,” that will use ML to flag suspicious transactions based on data of tens of millions of transactions processed.

Empower, it said, also gives leaders the ability to create and request a budget for teams, trips, vendors and stipends (such as a work-from-home stipend). The product also gives finance teams real-time visibility into where spend is happening, Dubugras says.

The number of startups out there doing different aspects of what Brex does is growing rapidly. There’s Ramp, which in March announced a $200 million equity raise at an $8.1 billion valuation after an expansion into the travel space. There’s also Airbase, which recently landed a strategic investment from American Express; focused on the mid-market customer, it and has always hinged its future on making money off its software rather than on interchange fees. In fact, CEO Thejo Kote recently told TechCrunch that he sees software as a “higher quality, more durable” form of revenue.

Meanwhile, TripActions, which first focused on travel, continues to expand into general spend management. Divvy was snapped up by Bill.com last year in a $2.5 billion deal. Newer startups are emerging as well. Glean AI came out of stealth recently to offer “accounts payables with a brain.” But many agree it’s not a winner-takes-all space, considering that the number of companies needing spend management offerings is also growing.

And, coincidentally today, expense management software provider Emburse announced that, after building much of its nearly $200 million-in-ARR business in the enterprise, it is making a big push into the SMB space and going head-to-head with fast-growing startups like Ramp and Brex.