Epic recently released the first public version of its Unreal Engine 5, a sprawling multi-tool development environment for games and other 3D content… immediately followed by a $2 billion investment from Sony and the Lego family. Why is a new version of a gaming development tool making such a big splash, and why should you care about it?

First, about the software itself. Engines are a general name for the tools developers use to create and manipulate the visuals, sounds, physics and other aspects of a 3D production, whether that’s a game, a film or something less well defined like an augmented reality experience.

Not that long ago you might make your 3D models in one program, animate them in another, create the sounds in yet another and then do the same for game logic, lighting, physics and a dozen other aspects of what you’re building. Over time, game engines have grown to encompass more and more of this process in one place, though specialty tools are often better at any one given aspect.

Unreal Engine 5 (often abbreviated to UE5) is the most capable and integrated engine yet, putting high-end graphics and visual design together with audio, lighting, animation and other capabilities.

In particular, UE5 allows for much improved graphical fidelity by removing the need for developers to separately define how an object is lit, by substituting a universal lighting engine, and the level of detail visible, by dynamically scaling down the highest fidelity model. These alone make up a large amount of the work of making a game look good; dynamic lighting takes a lot of work to pull off, and designers often have to make several versions of every object and character with varying levels of detail. 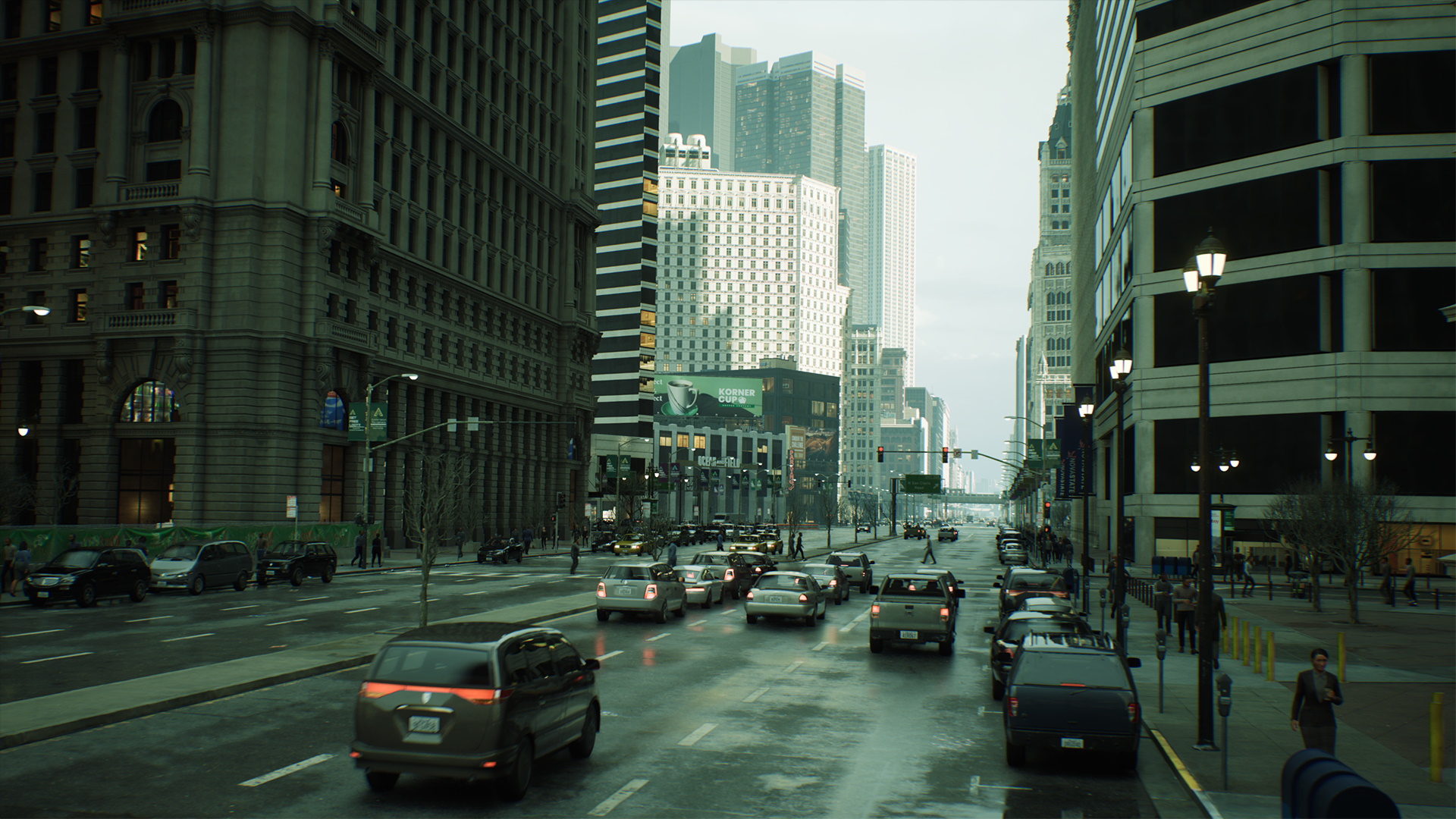 There are also built-in animation systems and sound design that plug right into the other parts of the engine, so you don’t need to bother importing your work from another tool. Special processes for making convincing human faces and bodies, among other things, are also provided.

So why should you care about all this?

One might understandably think from huge, amazing-looking games like “Horizon: Forbidden West” and “Elden Ring” that “next-generation gaming” is already here. But the capabilities in UE5 (among other engines in development) have yet to be brought to bear in a real way. Indeed, the games that will use the full capabilities of Unreal 5 are only just now being announced as being in development.

What exactly makes a game next-gen isn’t easy to say. But it isn’t just good graphics. Think about a game where lighting is completely dynamic, nothing but what the player creates — would make for a good horror title, right? Or what about a game where the environment can be destroyed or constructed at will, and not just as a bunch of giant cubes but as planks of wood, piles of dirt, sheets of metal? A detective story where every room in a city can be entered, every unique person questioned?

There are dozens of approaches that are simply not possible with today’s tools, or are too computationally or creatively expensive. Epic has taken dead aim at these difficulties with UE5. 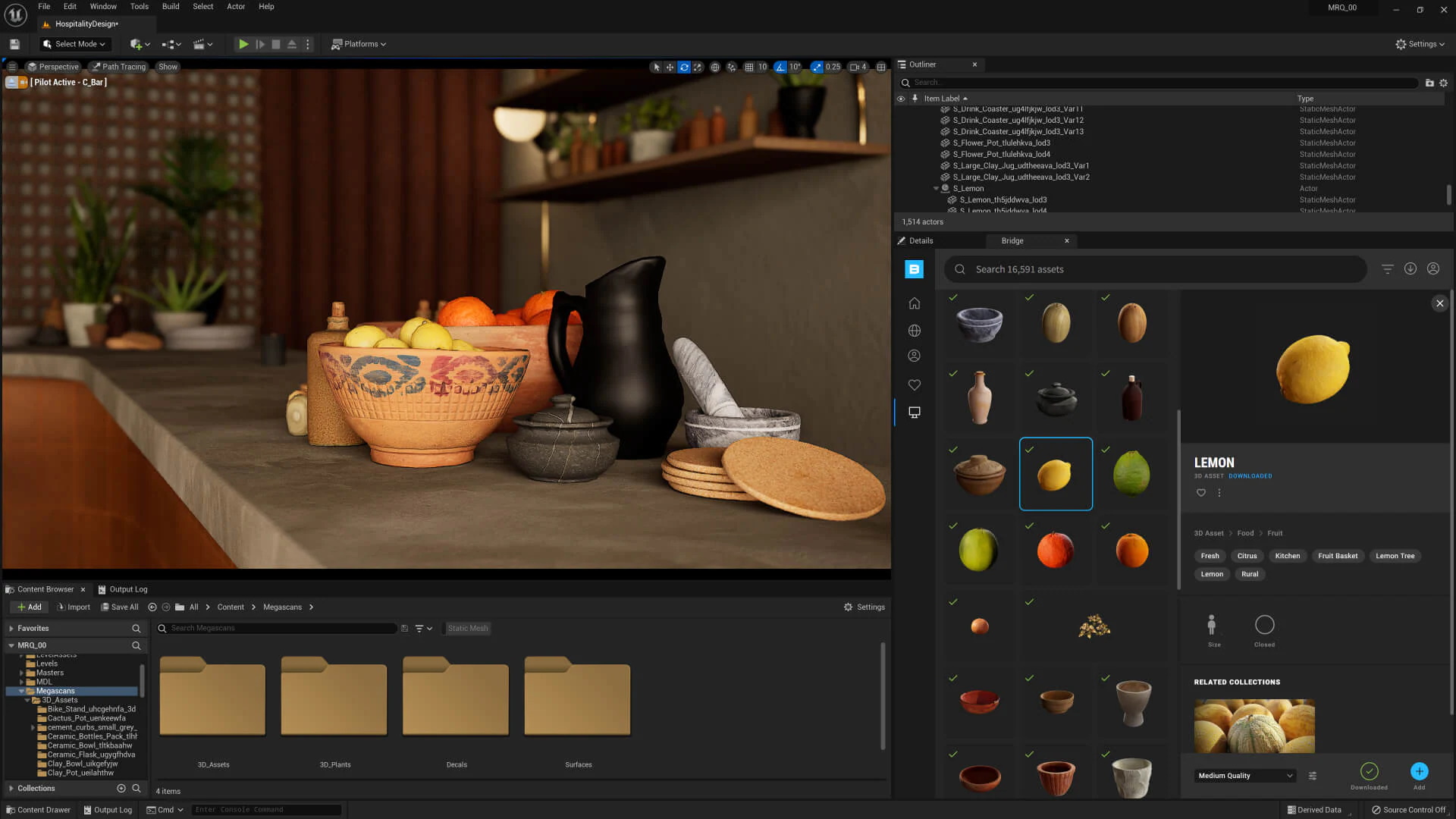 It may be hard to imagine something looking more awesome than the vistas of the aforementioned games, but more goes into a new generation of gaming than best-case-scenario screenshots. Fluidity of motion, realistic materials and interactions, and perhaps most importantly freeing up the developers to focus on gameplay concepts instead of the nuts and bolts of making a huge, complex game look acceptable. UE5 is a big step toward making all that possible, and there will be a stark difference in the near future between games that merely look good and games that feel like a different generation entirely.

I’m going to avoid the M-word (you know what I mean), but the simple truth is that Epic is on the cutting edge of exploring digital entertainment that isn’t just games. Concerts (real and virtual), VR/AR features, apps and other things need to be built using a similar toolset as games.

Just as improved developer tools made for a proliferation of apps after smartphones became commonplace, these new types of digital experiences need an accessible toolkit to graduate from occasional high-cost promo thing (like an AR movie tie-in) to something anyone can make. Unreal is aiming to be a platform that any digital entertainment can be built on, and you’re probably going to see “powered by Unreal Engine 5” show up on a lot of productions big and small over the next couple years.

A simple example is something like Metahuman, Unreal’s tool for creating highly realistic in-game characters. These models could be NPCs in an RPG town, of course, but they could also be virtual doctors in a healthcare app, virtual assistants unique to every user, poseable models for artists, realistic pedestrians in simulators that robots and self-driving cars learn from… building virtual people is hard, and Unreal makes it easy. That kind of shift opens up lots of possibilities. 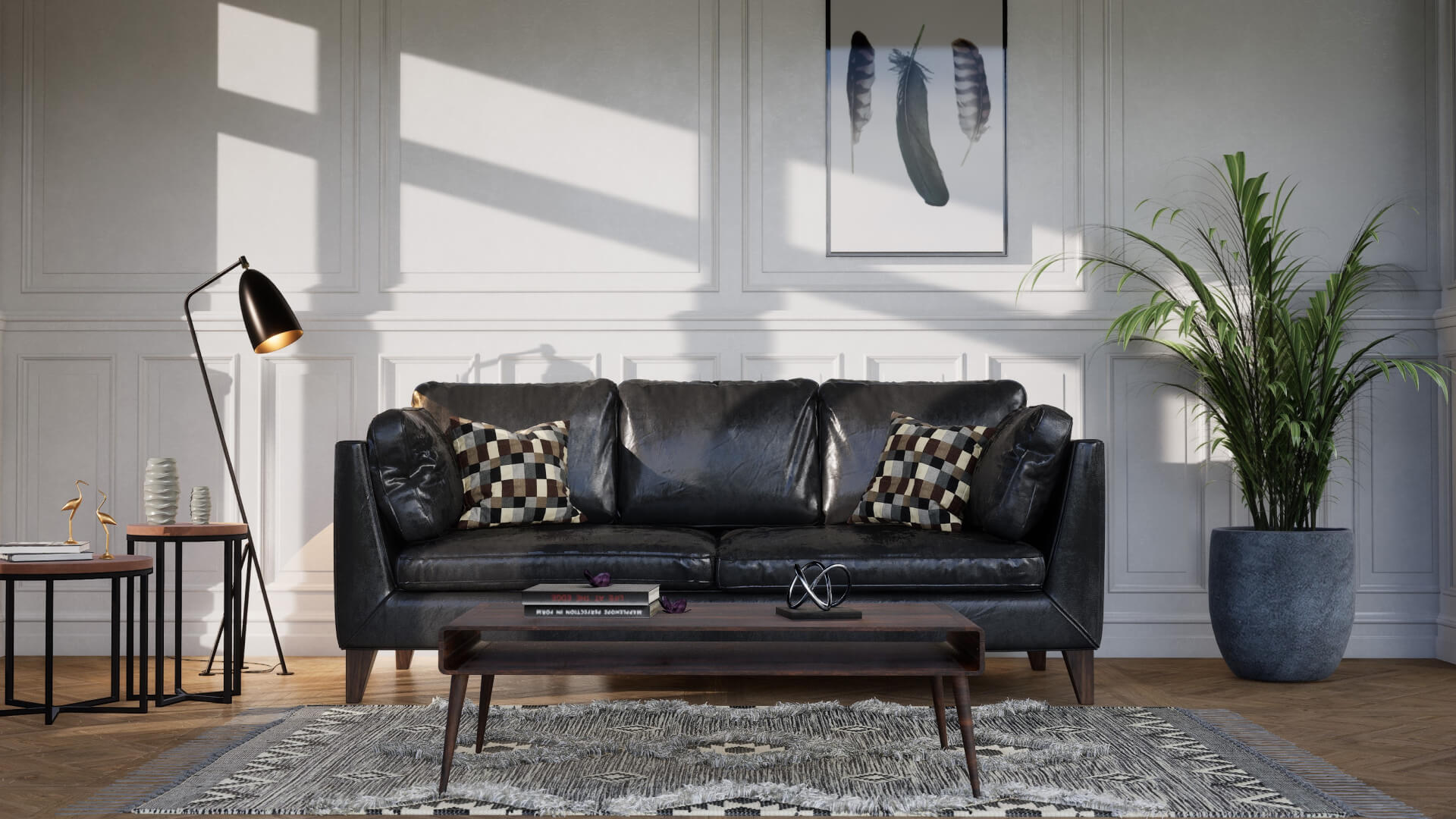 As many industries are struggling — and finding new freedom — in the process of digitizing their traditional in-person processes, UE5 offers a unified set of tools that can help. Think Ikea going virtual for its famous catalogs — if you could do that and save your company millions, wouldn’t you? Suddenly it’s a much more realistic idea than it once was.

3. It will continue to change virtual production in film and TV

“The Mandalorian” proved that virtual production, essentially shooting a show inside a giant circular wall of displays, is a real option for prestige media. Since then many other productions have turned to VP, with Netflix in particular embracing it to the point of funding a huge, rotating set for the next show from the creators of “Dark”.

A great deal of this is powered by Epic’s tools, among them Unreal Engine. The need for a high-fidelity 3D background that can respond in real time to camera movements and other changes (for instance shifting parallax or focal length) basically means running a super-sophisticated game on specialized hardware, rendering to a monitor the size of an entire movie theater.

Inside Dark Bay, the spinning LED volume at the heart of Netflix’s upcoming ‘1899’

Although Unity and other more Hollywood-centric companies are also looking to make inroads here, Epic has its foot firmly in the door and has worked closely with many production houses to advise them and solicit feedback. Unreal 5’s improvements and additions will be highly beneficial for virtual productions, which in a way are cinematic gaming environments.

You can bet that virtual production will get a big boost from Unreal 5, improving not just the quality but the accessibility of this rapidly developing technique.

4. It’s another move in the global chess game against Apple, Valve and others

One of the Unreal Engine’s secret weapons is its freemium model. Any developer can download and use it, and if you end up putting out a commercial product like a game, you only start to pay Epic after the first million in revenue or a limited amount under other circumstances. That’s very enticing to indie developers who want to minimize upfront costs and simplify their creation process.

This in turn provides a pipeline of new users of Unreal, which if successful generate passive income that can be repurposed to subsidize the company’s other endeavors. Sure, Fortnite is the big cash cow for now — but with the new “Witcher, Tomb Raider” and “Gears of War” (among a dozen other high-profile titles) games using the tech, that could funnel enormous sums of cash to the company.

Epic has used this cross-industry subsidy method to promote a new business model for game and app distribution, one without an onerous “Apple Tax” or Steam fees but something smaller, perhaps even something waived for small developers. It has challenged Steam’s benevolent hegemony in the PC gaming world, and established strong ties with the likes of Nvidia, and now Sony and Lego.

What do they have to do with it? The better the graphics, the more Nvidia graphics cards get sold; Lego has dabbled in games and virtual worlds but clearly thinks there’s a revolution yet to occur; Sony has struggled to provide the right tools for developers and the war with Microsoft is really heating up — if it can buy a strong partnership with Epic, PS5 games might look and play better than Xbox ones for a variety of reasons. Epic is picking its allies and enemies very deliberately.

Everyone is betting on Epic’s horse because it’s well out in front. And Epic is betting that the models that revolutionized the world a decade ago will accept a haircut just to be competitive.

In short, you should care about Unreal 5 because it represents technology traditionally limited to gaming taking a big, deliberate step toward the rest of the world, and toward you. Even if you don’t end up using it yourself, get ready to have your app, CAD process, retail, video chat and everything else get a little more Epic.