The world of aerospace has come a long way from the boys’ club it once was, but there’s still a ways to go. Today 24 companies, including major ones old and new like ULA, SpaceX, JPL and Rocket Lab, pledged to improve diversity and inclusion, with regular check-ins to keep each other honest.

The Space Workforce 2030 pledge is just that, a pledge, and not some set of shared concrete actions, but getting a couple dozen major space companies to agree on the exact steps that need to be taken would take years. So the companies have agreed to “significantly increase the number of women and employees from underrepresented groups in our collective technical workforce,” and in senior leaderships positions; to work with universities to improve the diversity of aerospace engineering programs; and to sponsor K-12 programs that reach at least 5 million kids annually.

In order to reduce the chance that this is all just lip service, each company will aggregate its numbers on the employment goals and present them at the Space Symposium conference each year. They’ll also meet to share best practices, and will attempt to hustle others into the pledge.

I’ve already witnessed the latter promise in action; I happened to be moderating a panel of interesting space industry people as this announcement was propagating, so I asked them for their thoughts on the pledge and what’s needed in the world of DEI. Here are their (lightly edited) comments:

It helps us build better teams, it helps us build better products, it helps us build a better industry, and this industry needs more diversity, badly. When we started Slingshot, my goal was to have 50/50, 50% men and 50% women, and we just hit that goal. It’s leader-led, we have to make sure that every single person we hire who’s a leader in this company buys into DEI. So that it’s not just a CEO saying hey we want this — it has to be cultivated on a regular basis.

I was hesitant to sign that pledge because I wanted to see what actual work was going on, because there’s a lot of virtue signaling in a lot of these things. I’m the father of an eight-year-old daughter and I see the stereotypings literally evolving in front of my eyes. So at Rocket Lab many years ago we said, ‘Right, we’re going to mandate that 50% of all our interns are going to be female.’ And that’s great, you can mandate something, but if you don’t do the work it’s a complete waste of time. So the team went out and we visited, I think, something like 200 schools… you have to get in super early, you’ve got to build the pipeline. Actually create the change, not just sort of sign onto change. 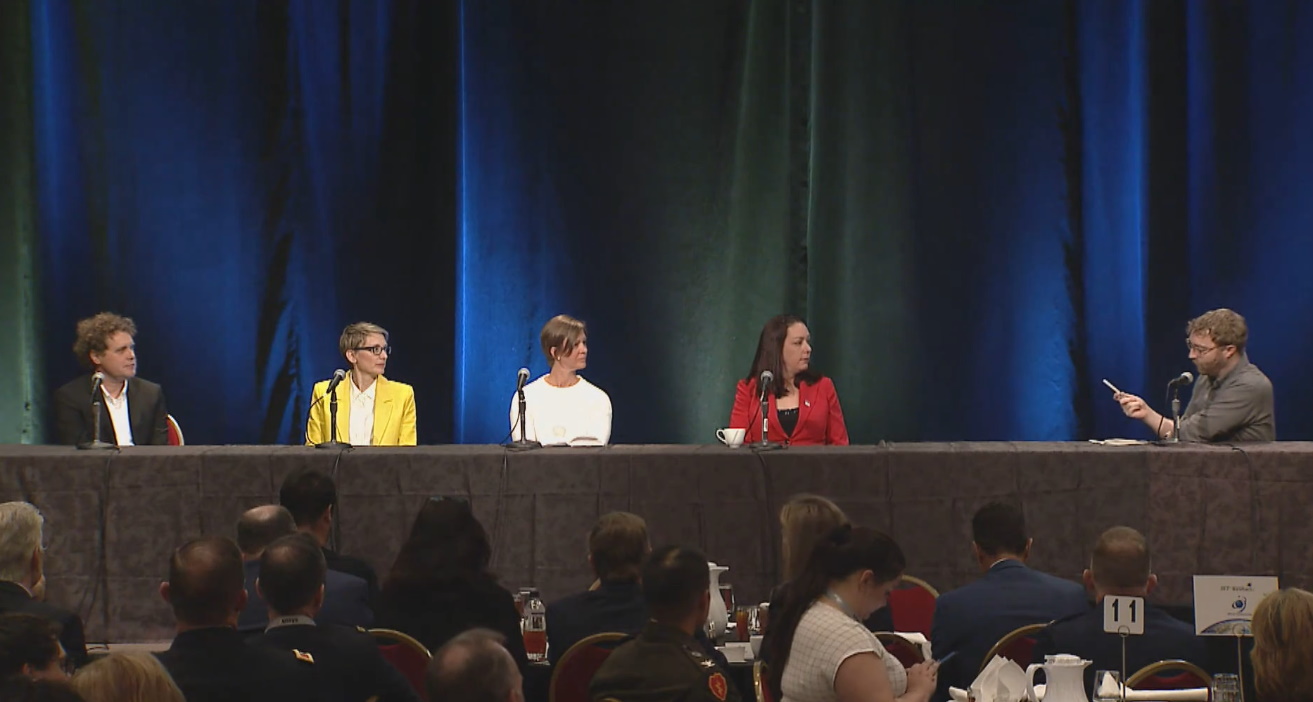 For women in particular, if you can see it, you can be it. But I’m not sure this group really appreciates how strange it is that we’re three women on this panel… we do not get the chance to sit as female investors on panels together very much. At our fund, with the power of the purse what’s really critical to us is making sure we find the best companies that are going to change the world and how we move. And boy are we stupid if we don’t go look for great founders in great places that haven’t been looked at before! So we mentor in a program that supports LGBTQ founders, I do a lot of work to support women founder and investors, and in Detroit, my hometown, we do a lot of work with young students, students of color, to get them exposed to STEM.

In my early career as a startup exec myself I was often the only woman in the room, whether it was a space meeting or a finance world, so both of those worlds have a little trouble with this. I had a misconception before I joined this industry that it was all rocket scientists and engineers, no offense. The reality is there’s so much more to this industry, it’s an industry like any other — we need accountants, we need marketing people, we need teachers, we need everything. So I like to interview women from all around the industry that have these different backgrounds, these different career choices. One of my favorite stories is Kelly Larson, CEO of Aquarian Space; she started out as a yoga instructor, now she’s the CEO of a space startup. That’s an amazing journey! And I want women all over the world to know that no matter what their career, no matter what their educational background is, that there’s a place for them in this industry.

Thanks to the panel for their input and insight on this matter and others.

Here’s the full list of signatories as of this writing: