There’s been talk of a slowdown in venture funding recently, with TechCrunch looking at it from different angles, including the fintech sector, a PitchBook report and even earlier on how startups should prepare in case it happens.

If that slowdown comes, however, it could happen slowly, given that our inboxes are filled with news about newly raised venture funds. In just the past two weeks, we reported that firms are sitting on a bunch of money and continue to raise.

We asked Beezer Clarkson, partner at Sapphire Ventures, and Josh Lerner, the Jacob H. Schiff Professor of Investment Banking at Harvard Business School, to weigh in on what we are seeing, and while they’re trying to make sense of things, too, they noted a couple of things that could impact the velocity of deal-making that we’ve been seeing.

Lerner pointed, for example, to rising interest rates, saying that for some pensions in particular, a “high-rate environment may lead to a shift to bonds.” At the same time, he added, “high interest rates may also increase the demand for venture capital when bank lending is less attractive to entrepreneurs.” Indeed, some of his earlier work has found few consistent effects of interest rates.

Clarkson meanwhile suggested that what goes up, must come down at some point, though she volunteered that the picture remains “cloudy.”

“Venture groups have consistently come back to market faster than anticipated as they react to the market — faster raises, increased check sizes and quick follow-on rounds,” Clarkson noted. “Not only are these groups coming back to market faster, they are often raising bigger funds or additional vehicles, like opportunity funds.” (We’ll note here that Khosla Ventures, SoftBank and Better Tomorrow Ventures all raised an opportunity fund this year.)

In a series of tweets last month that highlight the shift to faster spending, Clarkson observed that “2021 hit a new high. We saw an average of 32% re: % of capital called in a fund’s first full calendar year. Assuming a fund reserves 50% for follow-on capital, this implied an initial investment period well below two years. That’s new.”

As for pacing throughout the rest of 2022, stay tuned, suggested both Lerner and Clarkson.

Lerner said this point in time feels like the period between March and December 2000, “when public technology stock prices dropped dramatically and there was little apparent impact on venture capital fundraising. Whether we will see as dramatic a correction in the next few years as we did in 2001 to 2003, however, is anyone’s guess.”

“If we have a prolonged correction,” said Beezer, “ I can see investors slowing down their pacing. Even if investors have dry powder, they may need to focus on the portfolio as some companies may need more support for fund raises than they have required in the past.”

On the other side of new funds, we spoke to three fund managers who are in the midst of raising their new funds (and give a handful of others an honorable mention). 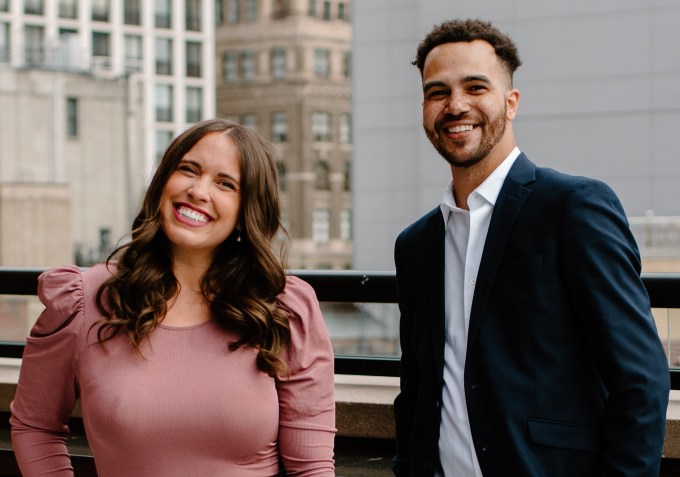 Janine Sickmeyer co-founded Columbus, Ohio-based Overlooked Ventures with Brandon Brooks to invest pre-seed capital into “overlooked founders.” They are proving that you don’t have to have the Ivy League background that so many fund managers have to start a company or be a fund manager.

In fact, Sickmeyer’s approach to raising a fund was from her perspective of being a founder and CEO of a legal tech company that she ended up bootstrapping to an acquisition because she couldn’t get funding.

“There were no Zoom interviews then, so I was flying back and forth to all of these places,” she said. “As a result, I had this idea about what venture was like and didn’t want to be a part of it, but after I sold the company, I started investing in immigrants and minority entrepreneurs who also were having a hard time raising capital. I realized that the only way to change this space and the metrics was to be the change.”

With no connections, network or access to institutional limited partners, Sickmeyer and Brooks launched their first fund last May, and just celebrated Bank of America Corp. coming on as Overlooked’s first institutional investor. This is something Sickmeyer recalled people told her would take years to accomplish.

The fund is targeting $50 million and has already brought in $11.5 million toward that goal. Its portfolio now has eight startups. The firm’s average check size is $100,000 to $500,000, “we like to make a big impact early-on,” she said, and some will be reserved for follow-on investments.

“Our target is 45 to 48 investments out of fund one, and we are on a good track,” Sickmeyer added. “We know what it is like to be dragged along or ghosted, so our process is open and transparent: we make quick decisions within five days after meeting founders and answer every email. If we have to say ‘no,’ we say it is ‘not a no forever.’ We have come back and invested with founders we originally declined.” 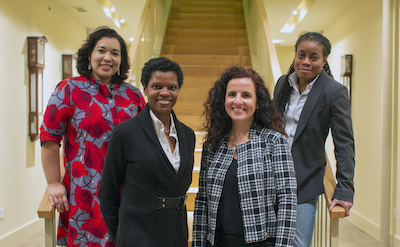 They started targeting a $10 million fund, which Pendleton said was too small for some institutional investors, and many of them asked the team to raise so they could invest.

“We had our first close recently,” she said. “We have interest from a number of fund of funds, family offices and institutional investors because of the success of our first fund and are considering raising the larger fund like $50 million.”

Portfolia was founded five years ago by Trish Costello to bring together a diverse group of women limited partners — there are 1,300 of them — and in that time have made 110 investments, 47 of them since November 2021, Costello said. She touts the first Rising America Fund, which launched in 2019, as “the first fund led by five women of color.”

From the first fund, the team invested in 16 companies led by Black, Latinx and LGBTQ+ founders in both geographically dispersed areas and diverse stages. They often invest in entrepreneurs and companies that are often underfunded and overlooked by traditional venture capital firms, but are positioned for significant growth and profitability, Pendleton said.

Some of their initial investments went into companies like Goalsetter, a children and family finance tool, MoCaFi, a mobile-first banking platform for financially underserved communities and rare sneaker collectible startup Rares.

The team has invested seven companies so far from the second fund, and Pendleton expects to invest in another seven or eight. With people of color expected to be a minority majority by 2046, she sees trends coming together of women having more money and people of color activating their wealth and investing.

“We look for founders where other VC firms said they aren’t the best founders, but really, they outperform and are high-performing founders and are resourceful when VCs didn’t give them money,” she added. “These founders have to make a dollar out of 50 cents, know the value of money, how hard it is to get it and they hit their benchmarks.” 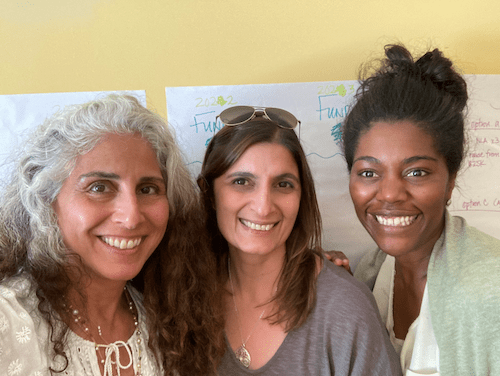 “With the first investment in Clutch, this is an asset class that not many women are in yet,” Sayani told TechCrunch. “We don’t have a play in the sexual wellness space or menopause, so need to add something there so that we can have the full spectrum of women’s experience.”

The trio aim to raise $5 million to $8 million for its first fund that will invest average check sizes of $100,000, with half for follow-on, in up to 20 businesses led by female and female-identifying founders that focus on helping women.

One of the unique opportunities Emmeline is doing is allowing smaller check sizes so that first-time investors can participate as limited partners.

“We want to have as many LPs as we can,” Sayani added. “We see the acceleration of females building businesses, and a lot is going on in innovation, so we want to bring more capital into that.”

Meanwhile, here are some other funds from my inbox:

Just how much has late-stage venture capital slowed?