Pam answering the phone at Dunder Mifflin became one of the most iconic refrains from “The Office,” and it’s really no wonder that it did: Businesses big and small have long run on communications played out over PBXs, voicemail, cold and warm calls, customer help lines, and more recently the inescapable cell phone.

All that has been changing, though, and today one of the startups hoping to be a leader in disrupting that tune announced funding as it finds some growth, currently handing some 10 million calls and messages monthly for its customers.

OpenPhone, which provides a business line and related phone services to users by way of a smartphone app, becoming a user’s business phone separate from their private cell phones, has raised $40 million, a Series B that it will be investing in continuing to expand the communication and collaboration services it provides and building deeper integrations with the other productivity tools that its customers already use.

Tiger Global — known in the venture world for big growth rounds but in more recent times getting more active in earlier-stage, smaller investments — is leading this Series B, with past backers Craft Ventures, Slow Ventures, Garage Capital and Worklife Ventures among those also participating. Craft led OpenPhone’s $14 million Series A in 2020, with Slow leading its seed earlier that year. Prior to that, the company went through Y Combinator back in 2018. It has raised $56 million to date. 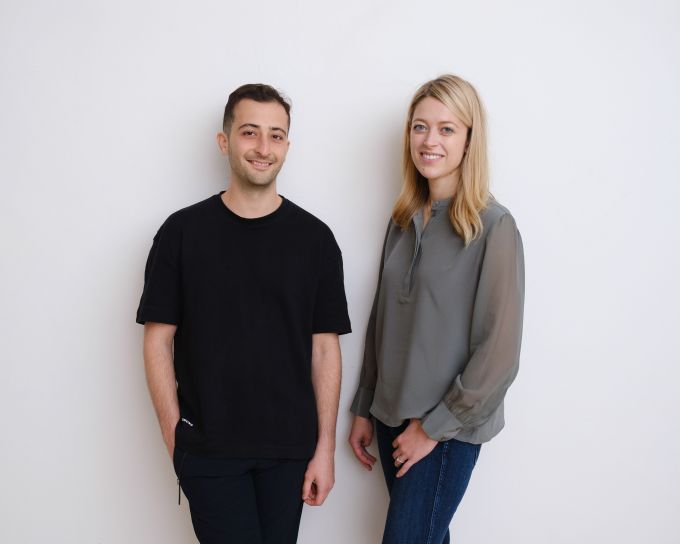 OpenPhone’s married founders, Mahyar Raissi and Daryna Kulya, respectively from Iran and Ukraine, are well aware that they are not the first to have thought of re-imagining the humble business phone system.

Over the years, PBXs and basic phones have been replaced by IP PBXs and IP phones — telcos and managed services providers have had numerous stabs at the nebulous concept of “unified communications” around that. Meanwhile, OTT solutions like Zoom and other web-based video conferencing platforms are so easy to use (and still give people voice-based and dial-in options) that they have taken over a lot of conference calls, and Skype calling capabilities to cater to those freelancing or mostly working solo.

Many people have stopped listening to voicemails, and so messaging has become a much bigger part of the equation. Call centers are trying to make it harder to call them (and they can be truly frustrating when you do reach them), while some have given up landlines completely to use just their cell phones to handle all their work calls.

In that context, OpenPhone’s unique selling point to the market, Raissi told me, is that it has built a system that caters to the SMB and brings in elements of all of the above in a format that represents the lowest friction of them all: an app that you can use with your regular phone, but which gives a person a dedicated work phone number and a growing number of tools to communicate with colleagues and customers.

He said that in the U.S. — which is San Francisco-based OpenPhone’s main market at present — Google Phone potentially could have presented a significant competitive threat to the company, but it didn’t provide customer support to users, which essentially dropped it out of the running to tackle a bigger wave of businesses beyond single-user early adopters.

The company, as you might imagine with a YC startup, found its earliest traction with other entrepreneurs going through YC, and it has grown with its users. Today the company’s “sweet spot,” Raissi said, is between five and 500 employees, and to serve especially those larger organizations, it is gradually bringing in more services such as PBX replacements, and they are building integrations with established CRM and sales software.

“One of the big goals is to invest in integrators,” said Kulya. “For example. one key piece is to connect OpenPhone to CRMs.” At the end of the day, she said, all of a person’s interactions over OpenPhone can then automatically be recorded in the CRM used by the team to track everything there. It’s also a reason why that is unlikely to be an area where OpenPhone will invest to build its own CRM tools. She said that the first integration will be with Salesforce, with Zendesk and others also coming soon.

The crux of modern collaboration is conversation, and OpenPhone wants to be a part of that. The idea is to bring some of the ethos of services like Slack to the phone environment.

“We are building phone services for how people use phones today,” said Raissi, “so messaging is really important and so is collaboration around a phone number. You could have a shared number for a team and could easily collaborate on text messages and activities. We are bringing collaboration to the phone.”