If “The Great Resignation” taught us anything, it is that people want to be appreciated, respected and well paid for their work.

Staff turnover in restaurants and hospitality has always been an issue, with people leaving at an average rate of 30%. That’s where Landed comes in.

The company touts itself as the “first end-to-end recruitment engine for the restaurant and hospitality industries,” by automating the process of candidate sourcing, engagement and interviewing. Its matching and conversational AI technology connects candidates to employers based on custom criteria and more than 50 data points so that restaurants and hospitality companies can hire better candidates faster. 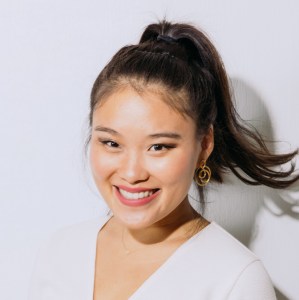 The Bay Area-based company was founded in March 2020 by Vivian Wang, who watched her parents start out as a dishwasher and waitress at local Chinese restaurants and two decades later are software engineers.

The idea for Landed came when Wang was working for Gap Inc., advising the executive team on corporate strategy related to workforce management, where she saw firsthand the challenge that labor turnover had for the brand and its operations.

Their solution was to leverage mobile technology that would reduce turnover rates in the stores, while also providing long-term livelihood opportunities for workers.

Bringing that same mentality to Landed, Wang and her team aimed to help restaurant and hospitality general managers not be stretched so thin with constantly hiring new team members.

Here’s how it works: Workers download the free Landed Jobs app and set up a profile, where, instead of just typing out their work experience, location, availability and job goals, they can record short videos to show their personality. Landed’s AI-led matching tool then provides employers with the best candidates near them.

On the employer side, they access the Landed Employer portal and put in their hiring goals and criteria. When Landed matches them with candidates, it also assists with setting up interviews, essentially eliminating dozens of hours of manual work each week, and at the same time, yielding a 3.5-times better hiring rate, Wang said.

Landed makes its money from the hundreds of employers using its tools, including Cava, Blaze Pizza, Panera, Chick-fil-A and Taco Bell.

In addition, the company is developing financial products for its more than 150,000 worker users that in the future will include upskilling via certification and education programs.

“Seventy-eight percent of blue-collar workers live paycheck-to-paycheck, and our goal is to break that cycle and support the underserved,” Wang added.

Landed’s revenue grew 20 times in 2021, and to continue on that trajectory, build up its employee headcount and further develop that financial wellness part, the company raised $7 million in seed funding. Javelin Venture Partners and Blockchain Capital co-led the round, with participation from Lightspeed Venture Partners and a group of individual investors that included company founders of Warby Parker, Harry’s, Allbirds’ Good Friends fund and ThinkFood Group.

Wang noted that the company was looking for partners, like Javelin, that are skilled at marketplaces, and Blockchain Capital, as Landed has plans to leverage some cryptocurrency technologies in the future.

With over 90 million blue-collar workers in the U.S., she believes this big market deserves better hiring processes, especially given the current environment.

“It’s a new day for these restaurants and for the workers supporting businesses,” Wang added. “Our goal is to deliver sourcing and hiring automation that engages with talent, eliminates manual and time-intensive processes and is there throughout the entire employee lifecycle.”

Especially over the past two years, many startups have come out with approaches to solving this problem by leveraging technology. Landed is one of the latest companies to secure funding and follows, for example: