Airbyte, the well-funded open source data integration platform, today announced that it has acquired Grouparoo, an open source startup that focuses on helping businesses sync data between their data warehouses and cloud-based tools. In many ways, this complements Airbyte’s offering, which focuses on loading data into data warehouses, while Grouparoo then specializes in operationalizing that data.

“It’s an open source reverse ETL [extract, transform, load] company,” Airbyte co-founder and CEO Michel Tricot said. “They focus exactly on the other direction [from Airbyte]. They have a very strong technical team and they’ve already built a part of the product and it’s going to be about how we can leverage everything that they’ve done and get them into the team to expand the Airbyte product for reverse ETL.” 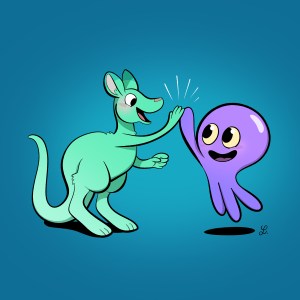 Tricot stressed that Aribyte here isn’t so much buying the product as the team’s expertise. “We’re not integrating their technology,” he said. “It’s more about the knowledge that they have and the experience that they’ve got.” Tricot also noted that the Grouparoo team always focused on making its service accessible to a non-technical audience, something Airbyte, too, has long focused on (though it also offers a command-line tool for technical users that want more flexibility, too). He specifically called out that he hopes the team can help Airbyte build out UI tools for creating the connectors it needs to connect to more third-party services.

“Thank you to our users and investors for your continued support,” he wrote. “Grouparoo certainly had a set of early believers and users that saw what we were trying to accomplish. They deployed Grouparoo in their infrastructure or on our cloud, and some even built their own plugins to extend the platform. When we really took a hard look at it, though, we were not on the right path to have the impact that we wanted to have in the world.”

He did note, though, that he believes Airbyte is on the right path, in part because virtually every company today needs to extract and load data into their warehouses if they want to operationalize it.

“By aligning with the engineers that are responsible for this core task, Airbyte has thrived. By being further down the value chain with a more varied set of stakeholders, Grouparoo saw less demand,” wrote Leonard.

The two companies did not disclose the price of the acquisition. Grouparoo previously raised about $3 million in a seed round led by Eniac Venture and Fuel Capital in late 2020.