Atlassian today unveiled Compass, a new tool to help software teams keep track of all of the microservices they built and consume inside their organization.

Tiffany To, head of product for Agile and DevOps at Atlassian, noted that Atlassian itself has about 1,500 microservices in production right now. “It’s not surprising that this then creates this need to create some way to track all of those microservices,” she explained. “What you’re seeing in the market now is people are having to figure out how to do this themselves. For Atlassian — this is part of our history — we take things that we go through and then we figure out how to turn them into a product that works for more customers — because we have 200,000 customers, right? We’ve heard very clearly from them. They’re all facing this pain. They’re all trying to learn DevOps and they’re all trying to wrangle tons of DevOps tools.”

And while these companies all want to use the best tools, they then need a way to manage all of them, too.

Unsurprisingly, that’s where Compass comes in. It’s meant to help development teams aggregate all of this data and give them a single tool for tracking all of the components they use to assemble their software and who is responsible for them. Indeed, one of the core features of Compass is its catalog of components. It tracks the components but also offers a place to share documentation, for example. Maybe just as importantly, the catalog also tracks the dependencies between components and the teams that own them, which ideally makes life a lot easier for developers when something goes awry.

To noted that a catalog like this also helps large enterprises cut down on some of the inefficiencies of building the same components in duplicate because teams simply don’t know what’s already available to them.

“Compass becomes your new hub for doing your developer collaboration,” To said. “We looked at what our customers were telling us when they were trying to collaborate. Everything was happening like in Slack. [ … ] I think a lot of what we’re doing is giving developers a new home.” 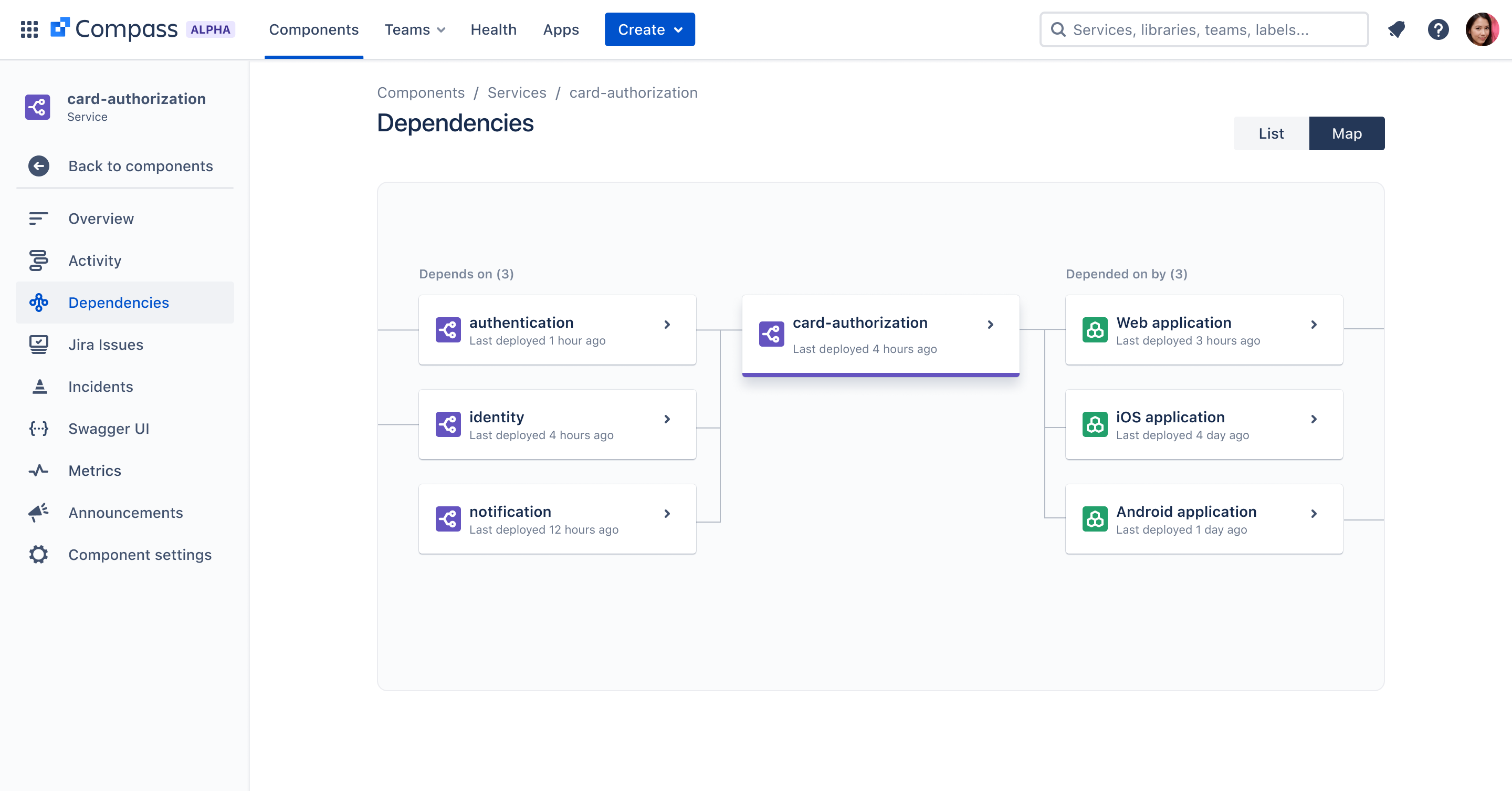 A second part of Compass is its scorecards, which the team describes as a “DevOps health tool” that lets developers evaluate the state of their projects based on whatever baselines they set for themselves. Increasingly, it’s up to the development teams to also manage the lifecycle of their projects once they go into production, so a tool like this should make it easier for individual developers and their teams to see the state of the services they manage.

It’s also worth noting that Compass is extensible and compatible with Forge, Atlassian’s cloud app development platform. Developers can extend the service to meet their own needs and also bring in information from all of the other tools they use.

Of course, adopting Compass means that developers have to use yet another tool, but To noted that she thinks of Compass as “a way to organize all the tools that you’re already using.”