Investors see the value, or at least the revenue potential, in sales enablement technologies. Sales enablement company Highspot raised $248 million at a $3.5 billion valuation in January, while Showpad, a major rival, landed $70 million in June 2019. A relative newcomer vying for a slice of the market is Amplemarket, based in San Francisco and Portugal, which today announced that it raised $12 million in back-to-back seed and Series A funding rounds.

“We’ve leveraged our combination of technical backgrounds and applied it to one of the oldest trades: sales,” João Batalha told TechCrunch via email. “We have seen firsthand the challenges of scaling business-to-business sales in other companies and realized that the existing point solutions weren’t addressing the core problems. The excessive fragmentation of the present-day sales stack combined with recent advances in natural language processing (NLP) set up the opportunity for an all-in-one compound solution that can leverage the virtuous data cycles of having a central system of action.”

The Batalha brothers and Oliveira observed that many sales teams have more software-as-a-service subscriptions than they know what to do with, leading to friction and added operational complexity. They designed Amplemarket to rally different pieces of the business-to-business sales process around a single prospect versus a collection of siloed, disparate tools. 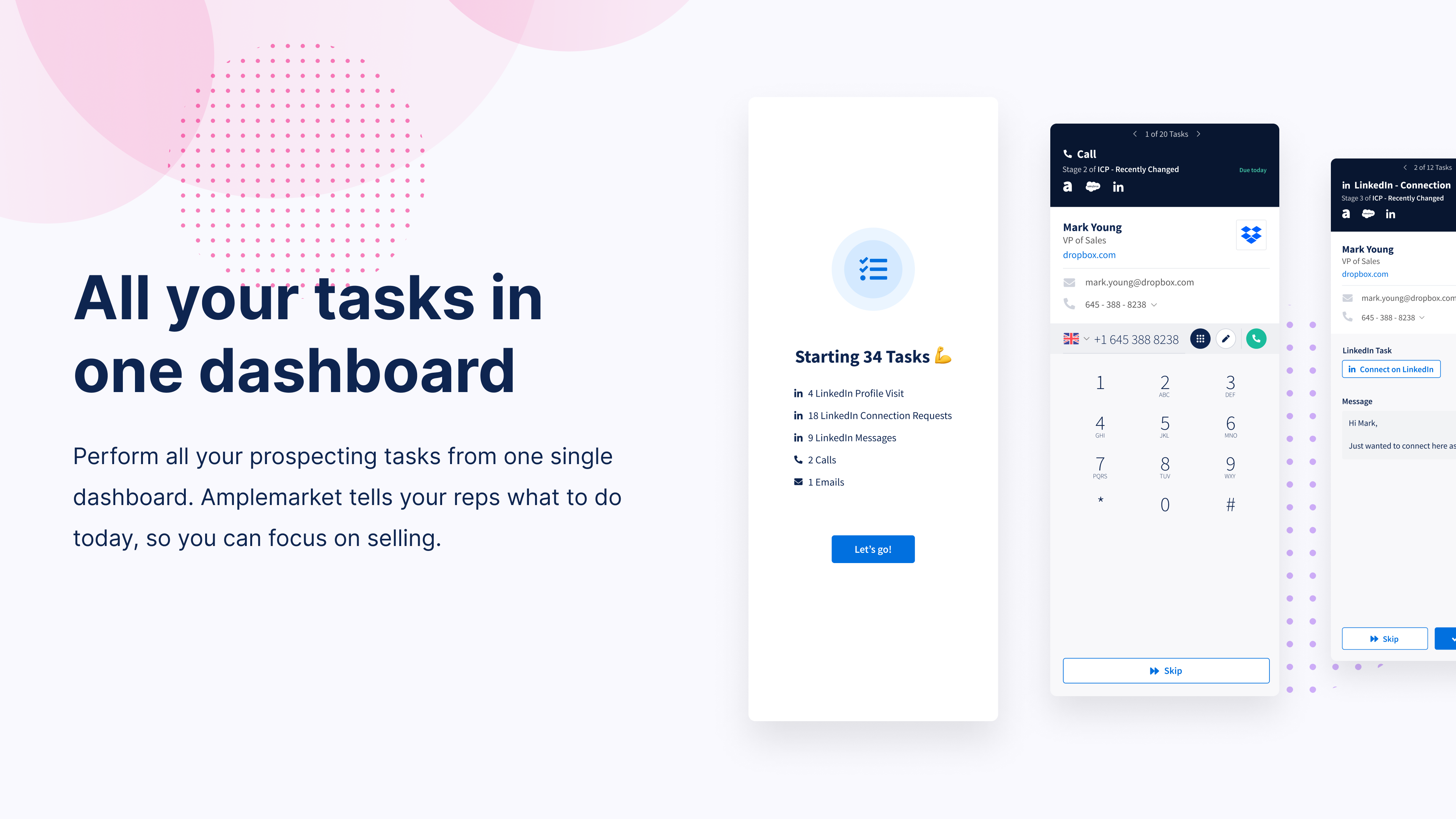 “When we first started doing sales, we found dozens of disjointed point solutions which were hard to operate. In the last few years, in order to reach goals, sales reps have gravitated towards more personalized, multi-channel, and data-driven sales motions — yet sales tools have lagged behind,” João Batalha added. “So we decided to build our own platform.”

The way Batalha tells it, the platform collects signals to train machine learning models for a range of purposes, including data cleaning and enrichment, sales rep coaching and account recommendation. Amplemarket gives reps and managers access to an AI-powered breakdown of growth activities, answering questions like “Over the past two weeks, how many prospects told us that they weren’t interested because they were evaluating a competitor?”

The platform also supports some types of workflow automation; for example, automatically updating a customer relationship management platform with a note if a potential customer asks not to be contacted again.

“The overarching goal of Amplemarket is to make sales and growth pipelines more transparent, predictable and easier to scale. That’s really the core challenge we are tackling,” João Batalha said. “The platform comes with all the data revenue teams need to execute [and tools to] architect personalized cadences that happen over multiple channels, including email, phone, and social .. [We also leverage] NLP to give sales teams insights about what’s working and what could be improved in their growth motions.”

Just because sales enablement platforms like Amplemarket exist doesn’t mean that teams will use them, of course. Allego — which also sells sales enablement tools — found in a 2022 survey that 76% companies believe poor adoption of sales tools are the reason that they miss their sales quotas.

The reason? They’re often a major time sink. According to a 2017 HubSpot poll, 72% of salespeople spend up to an hour a day on data entry and connecting records from different sales tools. The majority of the respondents said that one to five of the tools they use have redundant capabilities.

João Batalha, however, claims that Amplemarket already has “hundreds” of customers, including Deel, G2, Rippling and Vanta. He declined to share the company’s annual recurring revenue, but said that Amplemarket plans to increase the size of its 40-person team to 70 by the end of the year with an emphasis on engineering as well as go-to-market efforts. 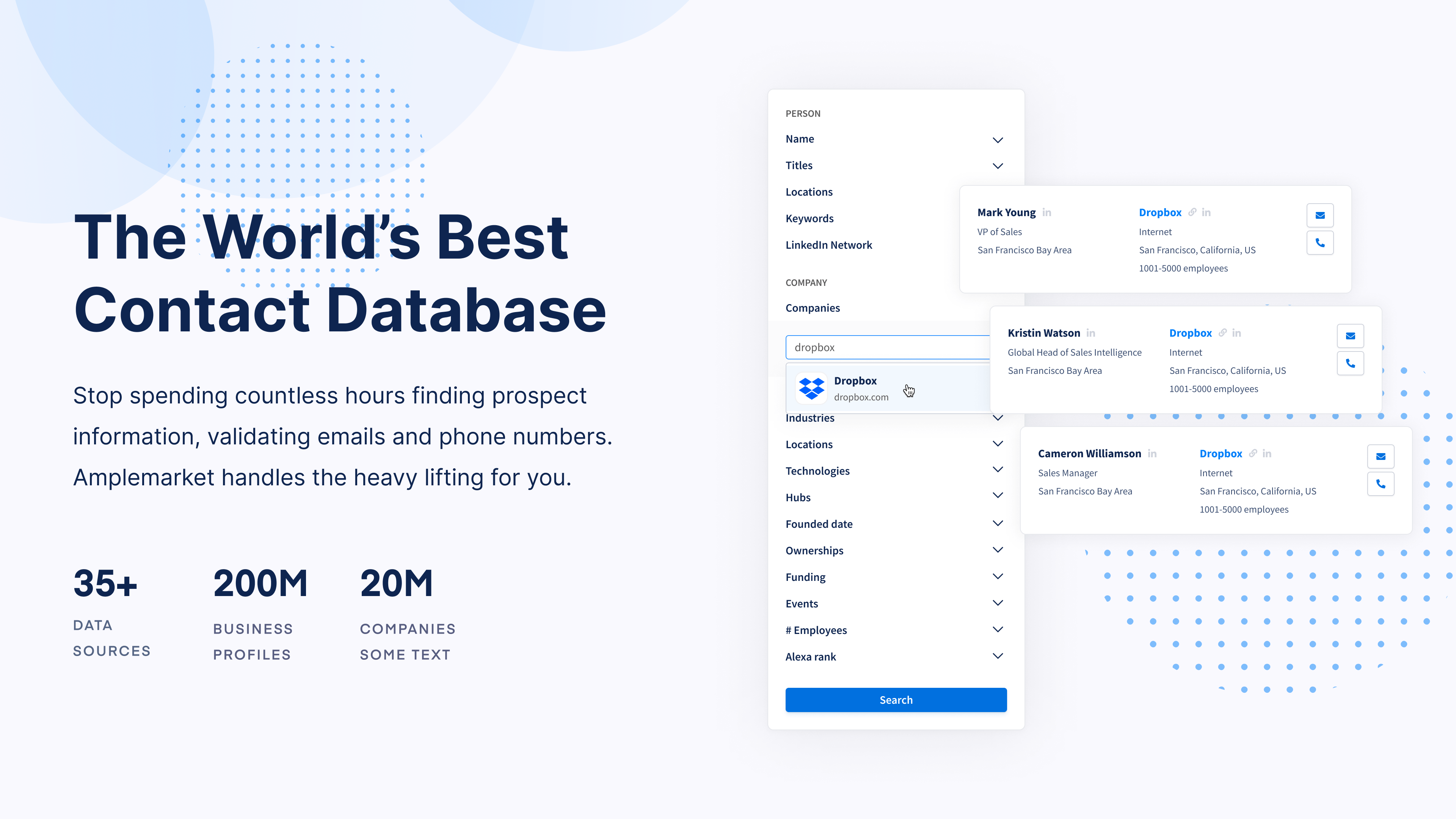 “The pandemic served as a catalyst for ‘remote sales motions.’ It’s not uncommon to see enterprise account executives close multi-million dollar deals without ever meeting the buyer in person. This highlighted the importance of having a sales stack that is easy to implement, learn and manage; individual reps need the tools necessary to hit their quota, and managers need to have visibility into what’s happening across their teams without being able to be physically next to their teams on a daily basis,” João Batalha added. “Today, most sales teams need to stitch together a variety of point solutions to execute their sales motions. Amplemarket’s compound platform has the ability to replace a number of those across a few different categories.”

Amplemarket’s Series A was co-led by Comcast Ventures and Portugal-based Armilar Venture Partners. Flexport and Caixa Capital also participated, along with a group of strategic angel investors.