Facebook is adding the ability to post Reels from third-party apps, its parent company Meta announced on Tuesday. The company is introducing a “Sharing to Reels” integration, which will allow developers to make it easy for people to share video from their apps directly to Facebook.

“Once integrated, third-party apps will have a Reels button so people can share short videos, then customize with Reels editing tools like audio, text, effects, captions and stickers,” said John McCarthy, Meta’s director of product management, in a blog post. “Instead of downloading their video content and uploading it later, they can now create and share video seamlessly with one tap of a button.”

Meta highlighted that as part of the launch, several of its partners, including Smule, Vita and VivaVideo have already integrated the “Sharing to Reels” button in their apps. Developers who are interested in integrating the button in their apps can learn more about doing so on Meta’s developer website.

The company says the new feature will help people reach new audiences on Facebook and builds on its “Sharing to Stories” feature, which allows developers to enable their users to share content to Facebook Stories directly from third-party apps. 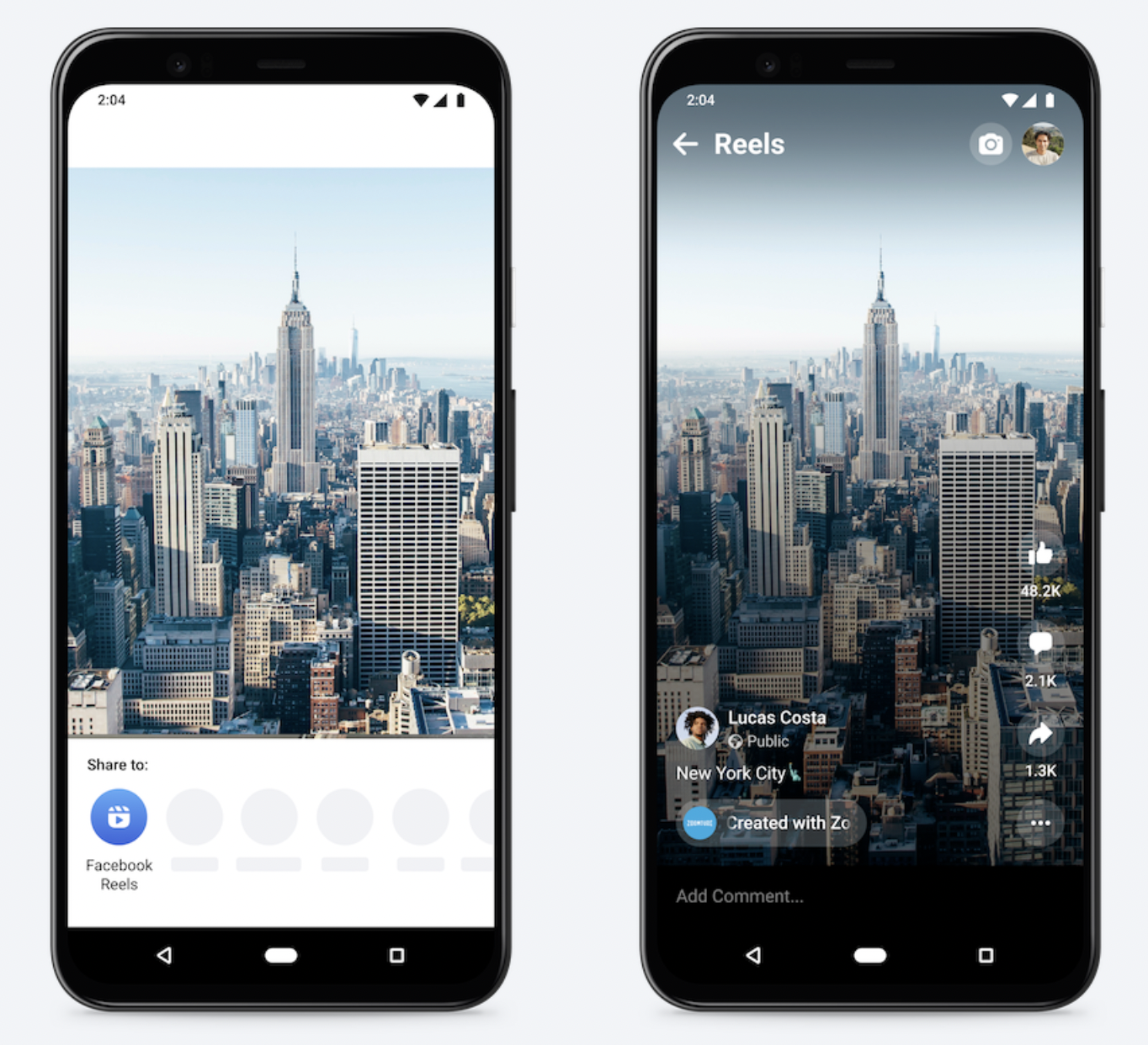 Today’s announcement comes as Facebook recently rolled out Reels worldwide after publicly launching in the U.S. last September. Alongside the global rollout, Facebook also introduced more creative tools and new ways for creators to make money from their Reels through advertising, and soon, Stars.

While Reels first began as a way to directly combat TikTok with a feature inside the Instagram app, Meta also brought them to Facebook shortly after. The company touted during its Q4 2021 earnings that Reels is now its “fastest-growing content format by far.” The company also said Reels was the biggest contributor to growth on Instagram and “growing very quickly” on Facebook, too.

Reels is one of the largest product investments at Meta, which has publicly discussed the threat posed by TikTok. Meta CEO Mark Zuckerberg has called TikTok a big competitor that’s growing at “quite a fast rate off of a very large base.” It’s clear that Meta sees its new integration with third-party apps as a way to increase the popularity and reach of Facebook Reels, as it continues to compete with TikTok.