Dozens of startups in Y Combinator’s Winter 2022 cohort do something that could be described as artificial intelligence. Though the term has lost much of its meaning, it’s still an important part of the tech landscape, and both using it and enabling it are fertile ground for new companies. Here are 14 notable startups from the latest batch.

Building: A turnkey data warehouse for images and video. Eventual ingests, organizes and processes imaging data all on one platform. Also handles queries, simple integration with cloud providers and smart scheduling to save costs on compute.

Quote: “Currently users jerry-rig one together with multiple vendors or hard to manage open-source frameworks. We are a one-stop shop.”

TC Quick Take™: Many companies require some kind of image analysis pipeline and making a one-stop shop is a valid approach to the market. Keeping customers that start to scale and squint at the costs could be a challenge, though.

Building: An AI-powered platform for discovery and design of genomic therapies. Data science and databasing for “scientific, technical, biological, genomic, and experimental” data sets. Plus suggestions for experimental design and workflows.

TC Quick Take™: AI drug discovery is hot, but few have created serious value. Still, it’s obviously promising and specializing in genomic therapy is a good idea. How they’ll do the woollier workflow and design stuff I don’t know. 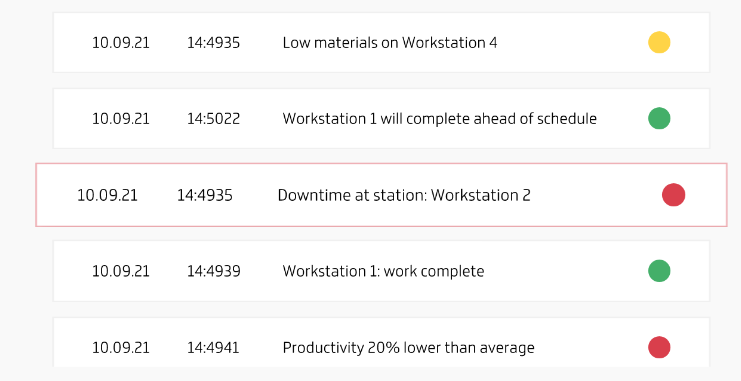 Quote: “We automate what the best supervisors would do if they watched everything that’s happening inside your factory.”

TC Quick Take™: If it’s anything like what Amazon is already doing, it’s a short ride to hell for the workers. But if they can make this humane and helpful, many factories would consider it as a way to integrate multiple tracking tools. 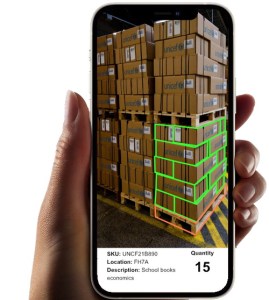 By: Kushal Pillay and Ivo Verhaegh

Building: An automated inventory solution for warehouses. Lots of worker hours are used up doing this thankless task, so why not automate it? Powerhouse uses ordinary phones that count inventory using regular pictures taken by staff. It’s part of a broader effort to make warehouses smarter and more efficient.

Quote: “They just take a picture with their phone, and our software counts the boxes.”

TC Quick Take™: I thought I heard the presenter say 97% accuracy, but the site says 99%. I don’t do inventory these days but hopefully it can be trusted enough that it doesn’t require hand recounting.

Building: An ML training platform that focuses on ultra-high-performance and efficiency. By performing optimizations “around” a model (like pre-computing values, identifying bottlenecks and so on) they claim to be able to improve training times by orders of magnitude.

Quote: “The future of Cloud Computing, priced by performance not consumption.”

TC Quick Take™: Frederic looked into it a few weeks ago, and it seems like a nice upscale competitor that plays nicely with existing solutions.

Building: An easy to use tool with which companies can scan media for deepfake content. Produces alerts, report cards and other ways to visualize and take action against fake content.

TC Quick Take™: This will almost certainly be an arms race, but a tool for catching the low-hanging fruit will be wanted to prevent oceans of fake profiles, lightly disguised spam content and so on. Their methods may take ongoing refining though, which may not be cheap or easy.

By: Rahul Anand and Rob McEwan

Building: A geospatial and satellite data platform for mining operations that pulls together multiple sources and offers a more efficient way to locate and organize mineral collection. Early cases have reduced lead times from a year to a few weeks.

Quote: “We’ll change mining more in the next five years than it has in the last 50.”

TC Quick Take™: We’ve seen a lot of movement in the mining area recently, probably a sign that this legacy industry is investing its considerable resources in modernization. It’s a promising space to get into right now.

Building: A machine learning-powered polishing engine for Python code and Jupyter notebooks. These notebooks are often cobbled together as experiments with no plan for being production code — but then one gets adopted as a popular tool and needs to be cleaned up. Mutable AI does this automatically, autocompleting, refactoring and minimizing quickly and easily.

Before (left) and after.

Quote: “Be kind to your teammates and future self.”

TC Quick Take™: Would it be useful? Probably… I’ve had to use hacked-together notebooks and wouldn’t want to do it full time. Is there a big market for it? Hard to say. The company seems born out of the founder’s own frustrations at the frontier of ML research, so maybe there are others like him looking for this.

Building: Voice-powered filling out of forms for healthcare workers. These folks spend hours doing paperwork, and it’s a sea of fields that need to be tabbed through and typed in. Voize lets them speak directly into a smartphone and it creates structured records from that.

TC Quick Take™: Speaking medical information out loud while walking around seems like a big no-no… I have a feeling there’s a reason it’s done the way it’s done. But streamlining medical recordkeeping is something that definitely needs to happen.

By: Hahnbee Lee and Han Wang

Building: An automatic code documentation engine that reads your code and safely inserts comments that put it in context. Coders don’t always have time to do that and it makes code auditing and reuse difficult — so having a tool that does it for them (at least to a basic degree) could save time and effort.

Quote: “Everyone suffers from documentation debt.” Also, regarding co-founder Han Wang, “Knows over 100 cow jokes.” We’ll see about that.

TC Quick Take™: The proof is in the pudding for this one, but I bet a ton of companies would love to be able to say every line of code is explained. “Mintlify it before you send it to me next time!”

By: Hannes Heikinheimo and Otto Soderlund

Building: On-device speech recognition for apps that don’t want to have to call a cloud service. Doing any process locally is preferable, but until recently there was too much trade-off on the accuracy versus speed side. If Speechly can make quick and accurate speech recognition that easily fills in forms or summons relevant information, that’s one less online API call to make.

TC Quick Take™: Others are definitely pursuing this (including monsters like Google and Amazon), but having an independent and functional solution could be very valuable for app creators who want to keep their code as local as possible.

By: Christian Lau and Vaikkunth Mugunthan

Building: A plug and play federated learning platform for AI models in privacy-critical industries. Federated learning is an established technique and has already generated a lot of value, but it’s not the easiest thing to deploy. DynamoFL slips into training workflows that use private data and makes or keeps them private.

Quote: “In three minutes, we can plug our federated learning module into your existing ML workflow.”

TC Quick Take™: If it were easier to use federated learning, more niche industries in healthcare, finance and so on would probably be likely to deploy ML models. Whether they can keep the general ease of use that other ML tools have cultivated is a question mark.

Building: AI-powered home urinalysis using an in-bathroom spectrometer. Using a usually lab-bound device for identifying and detecting substances, Starling aims to catch things like bladder infections and other problems early, or do home monitoring that would normally involve bringing a urine sample in.

Quote: “What information did you just flush down the toilet?”

TC Quick Take™: Depending on how easy it is to use, this could be a new standard tool for a lot of medical preventive stuff. I can see it being everywhere in two years.

Building: A dead simple video analysis platform that scans incoming video for things like people, objects and situations and returns that metadata quickly. Powers search, storage, moderation — anything you need to understand video to do.

Quote: “You never have to train a model or manage a data set. Just push video and get results.”

TC Quick Take™: I just wrote up a company called Twelve Labs that does something like this and it seems like a very promising niche. It’s hard to pick winners at this stage, it will depend a lot on emerging video use cases.