The Chrome OS team is launching version 100 of its lightweight operating system today and with that, it’s bringing quite a few interesting changes to the platform. The most obvious one is a new launcher, which is moving from the bottom to the side of the screen and getting a few more new features. The built-in camera app now also lets you save your creations as a GIF and the Chrome OS dictation feature now makes it easier to edit your text. Also new is support for more than 100 additional devices for the newly launched Chrome OS Flex. For developers, Google is launching a redesigned ChromeOS.dev site.

The launcher is likely the first thing users will notice. Mind you, the taskbar itself isn’t moving, we’re just talking about Chrome OS’s equivalent of the Windows Start menu. Google says the idea here is to leave more space for other windows you have open. Users can now organize their apps by name or color (if that’s your thing) or manually arrange them in any order that makes sense to you (or you can be like me and just opt for chaos).

Inside the launcher, Google has updated the search feature, which previously showed a brief preview of the search result. After this update, you’ll get to see quite a bit more information, even before you head into the browser. Shortcuts are also now integrated into this search experience, so you can easily take a screenshot, for example. 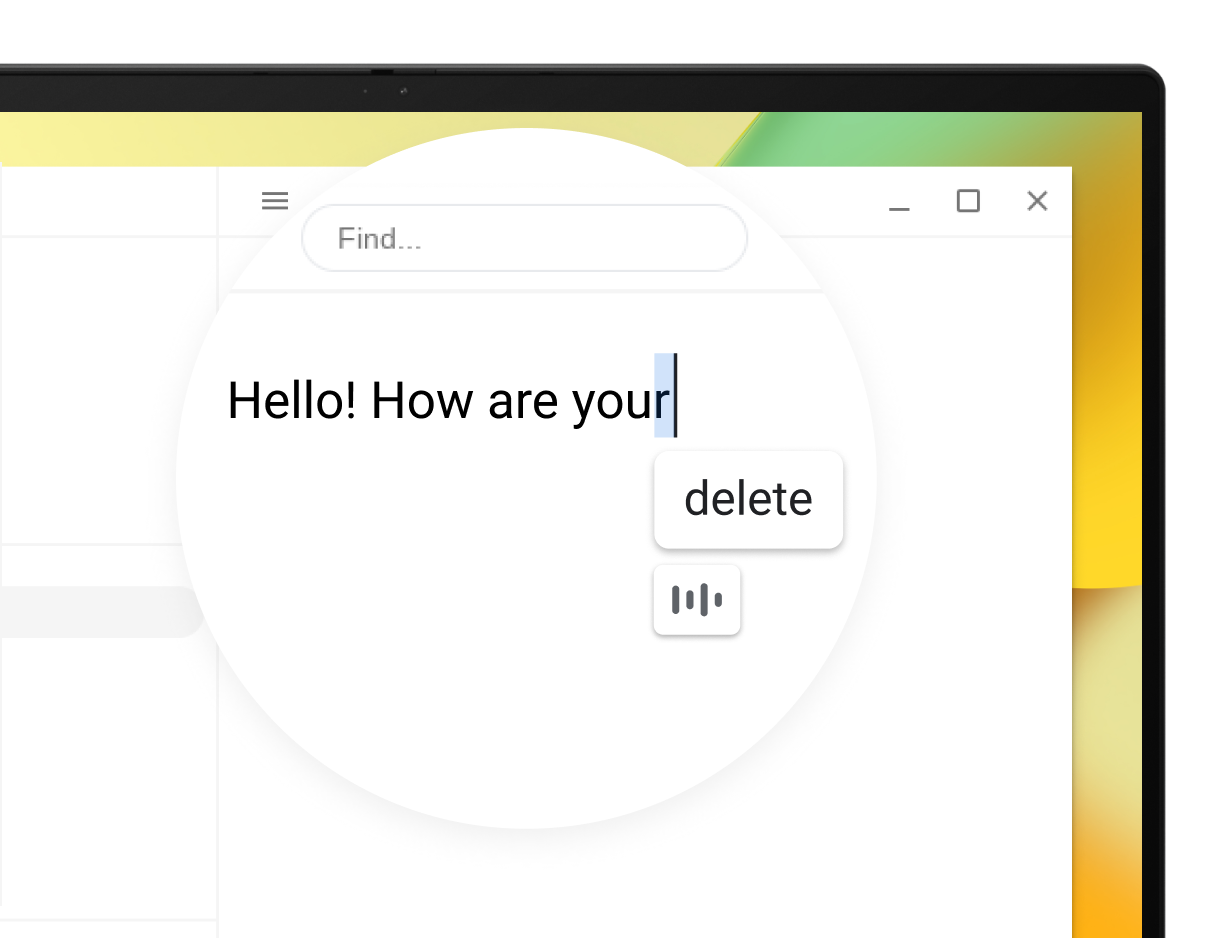 As for voice editing, the experience here is what you would expect. You can now say “delete” to delete the last letter, for example, or “move to next character” to move the cursor. Pretty straightforward, to the point where one has to wonder why these features weren’t there before, but definitely a very useful addition for users who rely on dictation.

The GIF creation in the Chromebook Camera explains itself. There is now a new toggle to turn it on and once you’ve done that, you can create a five-second GIF.