If you were to accidentally drop the eye sensor developed by Injectsense, you’d have little chance of finding it. Ariel Cao, the founder and CEO, admits as much. But once it’s been implanted into the back of your eye, it can remain there, basically immobile, for as long as 80 years – all the while transmitting data.

Injectsense, a startup founded in 2014, has developed an ocular implant smaller than a grain of rice. That device can measure intraocular pressure – a measure of how much tension is building within your eyeball. Intraocular pressure is a significant risk factor for glaucoma, a disease that causes damage to the optic nerve, and eventually blindness.

You’ve probably had your intraocular pressure measured before, and it’s not particularly pleasant. The procedure involves your eye doctor giving you numbing drops, placing your head into a bright microscope, and touching your eye with a device called a tonometer.

Injectsense’s implant, by comparison, is designed to wirelessly transmit that data continuously once inserted.

“It will collect all the info so you have nothing to do,” Cao told TechCrunch. “You can sit around. You can skydive, hike, do whatever you want.”

Injectsense’s device would be delivered into the body using a short, non-surgical procedure. It’s something like an intravitreal injection, when a small needle is used to deliver medicine to the back of the eye – you feel pressure, but no puncture pain.

The device can be recharged by putting on a pair of accompanying glasses for 5 minutes each week, which also allows the device to download its intraocular pressure readings to the cloud, where an ophthalmologist can review it. The battery, Cao said, can continue in this pattern for 80 years.

Based on animal studies and in-vitro data, Injectsense was awarded a two-year small business innovation research (SBIR) grant of $1.7 million by the National Eye Institute in March. That comes on the back of a breakthrough device designation from the U.S. Food and Drug Administration achieved in 2020. (Breakthrough device designations allow for a slightly faster review process). That combination is suggestive that regulators want to at least see more data on Injectsense’s device.

The Injectsense device has only been tested in rabbits so far. A study reviewed by TechCrunch suggested that the devices performed well, though the data hasn’t been peer-reviewed. There were no ocular issues in the animals, and the devices were successfully implanted.

This new grant will pave the way for more animal and bench testing at the Johns Hopkins Wilmer Eye Institute this year.

Those tests will also inform a human pilot study in Chile also scheduled for this year. Cao said the team selected Chile for human trials for three reasons: lower overall cost, an experienced review board at the Centro de la Visión in Santiago, and specifically to work with Juan Jose Mura Castro, an ophthalmologist there.

Measuring intraocular pressure might not feel like an especially flashy application of injectable technology when the likes of Neuralink is in the headlines. But the device’s simplicity is both personal and pragmatic.

Cao’s inspiration for working in the glaucoma space comes from his own experience with his late father, who suffered from the disease. It’s not an uncommon story: Glaucoma is the second leading cause of blindness worldwide, and the leading cause of blindness in the U.S., where it affects about 3 million people. Worldwide, glaucoma cases are projected to increase from 57.5 million to over 111.8 million by 2040. 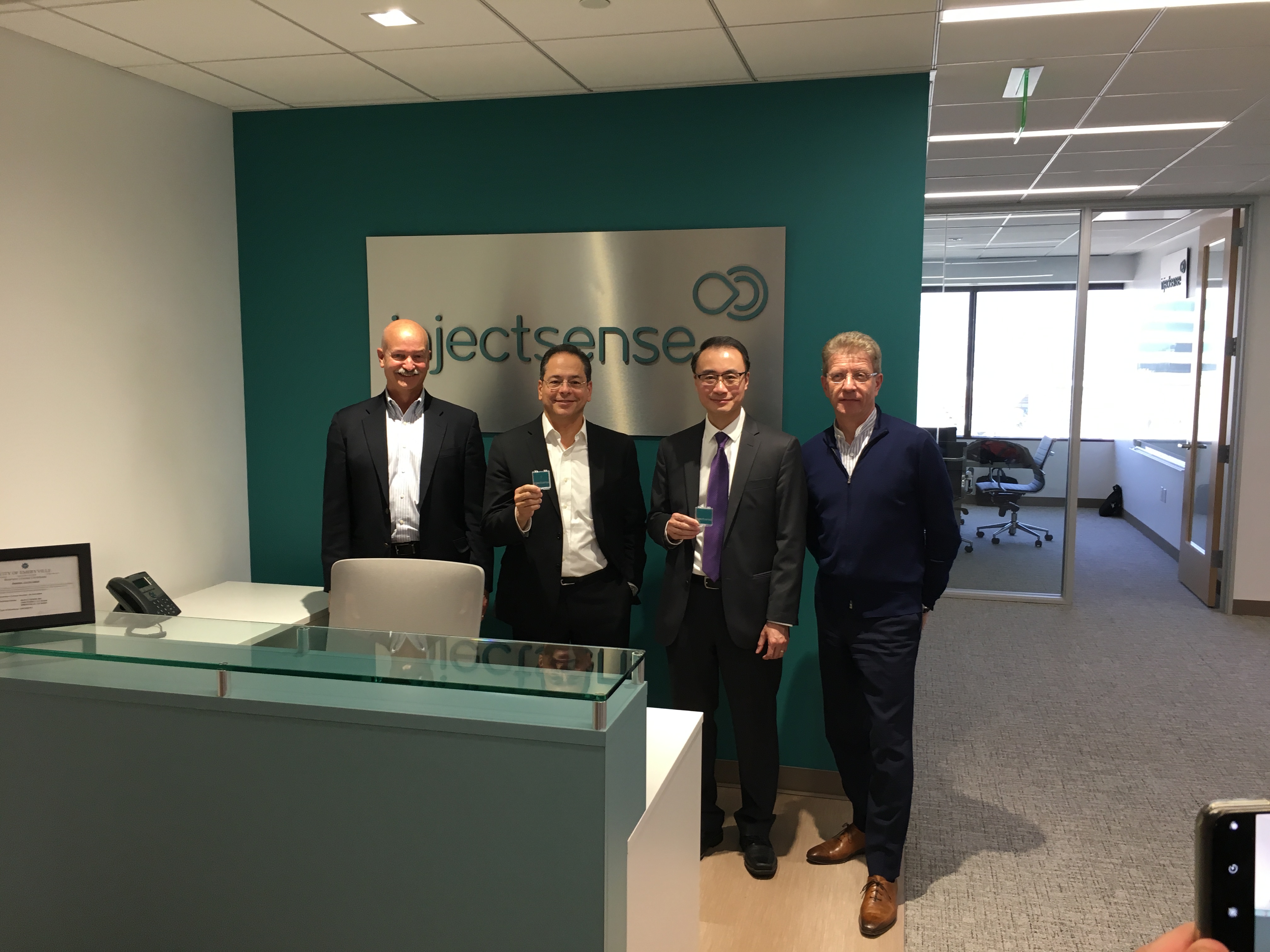 The big question with any implantable device is: What’s to be gained by actually putting a sensor in the body? If we can already simply measure intraocular pressure with tools eye doctors already have, why upgrade to something so technical?

Cao’s argument is that measuring intraocular pressure during clinic visits misses key fluctuations in pressure that scientists know happen within the eye. But because we don’t measure those fluctuations routinely in most people, we could be missing potential avenues for care.

That argument, to some extent, has been echoed by research. While it’s possible, though cumbersome, to measure intraocular pressure regularly during the day, measuring these changes at night is difficult. And, data has suggested that at night, intraocular pressure does fluctuate, perhaps even peak.

The authors go on to state that this “phase delay” could be relevant to their glaucoma diagnoses, but they don’t expand on why that might be the case. And, they advise that intraocular pressure measurement in the clinician’s office “is probably not adequate for the optimal management of glaucoma.”

Cao argues that continuous sensing could provide a picture of how these changes affect glaucoma progression.

“We keep looking at clinical studies and research, and they keep telling everybody that the fluctuations [in pressure], or night pressure, is important,” he said. “The night pressure is important because when you lower the blood pressure, the intraocular pressure goes up.

“So say you will have a heart condition and glaucoma, you never want to take your drug before going to bed because you lower your [blood] pressure and you spike your [intraocular pressure] in the middle of the night.”

Injectsense’s technology already exists in a viable form factor, but there’s still a lot of work to do. Remember, Injectsense is still in animal trials, so these big ideas still have a ways to go before they’re ready for FDA review.

The company has raised $15 million so far and is in the process of raising a Series C round. Investors include Large Ophthalmic Strategic and Revelation partners, as well as several undisclosed investors.