As BMW gets ready to debut the next generation of its 7 Series luxury sedan in April — and with that, the new all-electric i7 — the company today turned the spotlight on its overall portfolio of electric cars, including the upcoming iX1, an electrified version of its popular small crossover SUV.

These will join the company’s technology flagship iX and the sporty i4, which it announced last year. This, of course, is all happening against the backdrop of the global chip shortage and overall supply chain crisis, as well as now the war in Ukraine.

In a press briefing earlier today, BMW CTO Frank Weber noted that production of the i4 will start in the middle of the year, but for now, that’s really all we know. As for the i7, the company showed a few teasers at its annual conference this morning, mostly highlighting the car’s new (and large) kidney grille, which will surely get the BMW fans talking. For the i7, BMW promises up to 305 miles of EPA electric range, which is in line with everybody’s expectations. But as its flagship sedan, the 7 Series and especially the i7 are also where the company will debut a lot of new tech.

“The 7 Series is not just a product for us. The 7 Series is a collection of our capabilities. It is what we are really able to do. The i7 is not only the most powerful electric vehicle we will do, it has a cinema experience in the second row, the doors will open automatically and close automatically — and it has a long, long list of things. It has art mode, so it has real digital art inside,” Weber said — and he himself had to laugh a bit about the extravagance of it all. 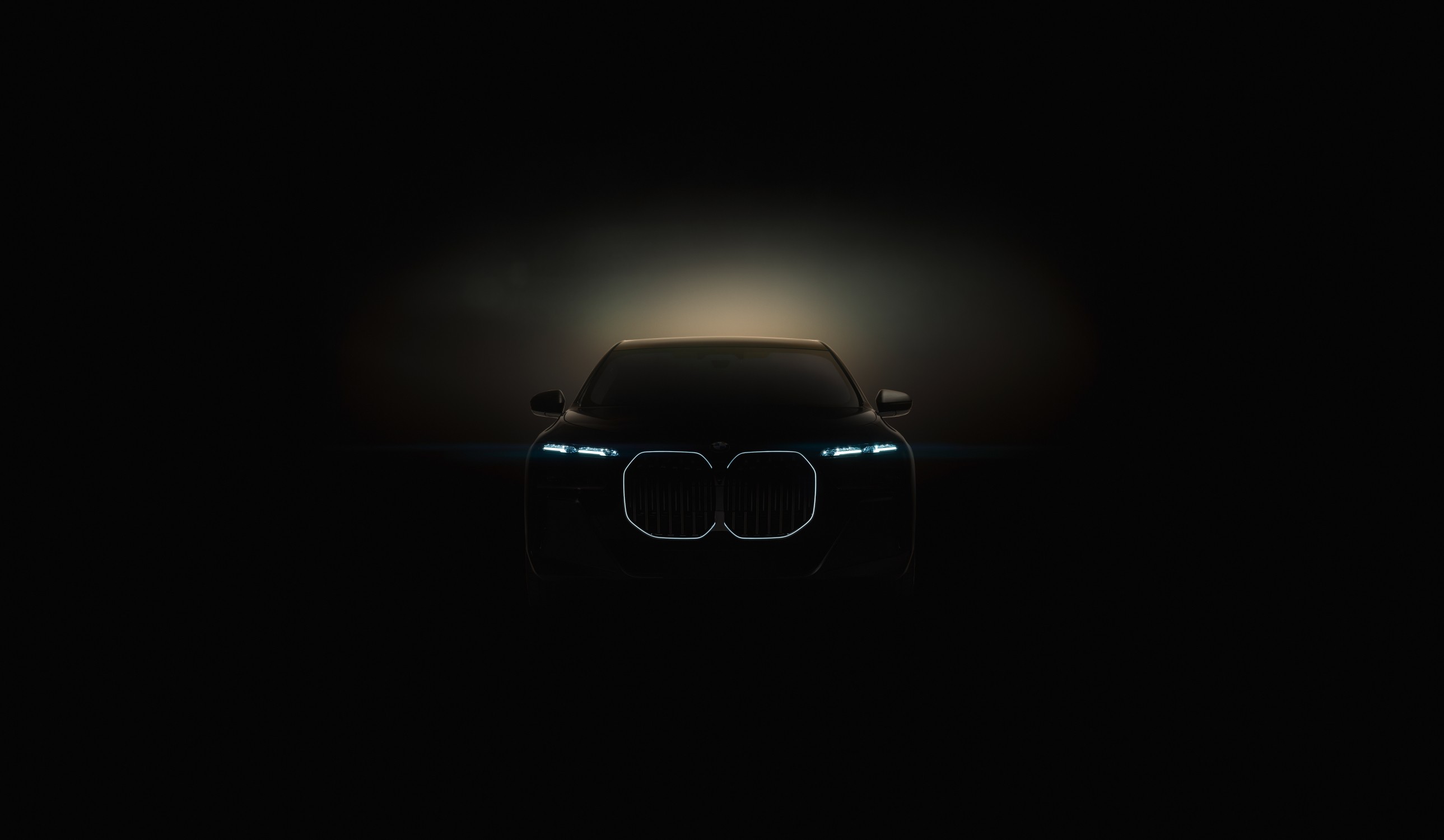 How BMW is managing the chip shortage

But these vehicles, of course, are increasingly complex in terms of the tech inside them and, as such, BMW (and everybody else in the business) has been affected by the chip supply crisis. That meant the company had to pause putting touchscreens into some of its cars for a while last year, for example. Weber noted that the chip crisis hasn’t changed the company’s overall EV expansion plans.

“It takes us a lot of energy to cope with the challenges of the chip crisis,” he said in today’s meeting. “We are really proud of — as a team — when you see how we deal with a chip crisis, our production systems and our supply chain systems are really flexible and we can react very quickly. This gave us a competitive edge last year. We believe this will also give us a competitive edge this year, but we expect that this will continue for the whole year.” He noted that the company initially thought the supply chain would recover by the second half of 2022, but BMW now believes this will continue throughout the year. “Like we dealt with it last year, we will deal with it this year. We have not changed any introduction dates, we have not changed any volume assumptions, assumptions on the birth or rollout because of a chip shortage,” Weber said.

Likewise, he does not expect the war in Ukraine to affect BMW in the long run. But Weber also noted that the company gets its wiring harnesses from Ukraine, just as a number of its competitors, mostly for the engine and transmission. Weber noted that this industry employs around 20,000 people in Ukraine, mostly in the western part of the country. “We don’t just want to take away the work there. We have duplicated machines in order to help us now to build up those wiring harnesses,” he said, and added that, while there are only a few BMW engines that completely rely on wiring harnesses currently built in Ukraine, by next week, the company will be able to resume normal production again.

Weber also highlighted the company’s recent partnership with Qualcomm and Arriver, the company’s software arm for the mobility space. This partnership is less about the chip shortage, but it does give BMW more say in the tech stack for its autonomous driving systems and its infotainment offerings. Weber also noted that this partnership is an example of his company thinking about its supply chain in a more global fashion these days.

“This is a global economy, whether we like it or not. Regional solutions and not leveraging what’s available globally would be such a setback for how we are used to doing exceptional products, I can almost not imagine going back there. We are connected. And actually, I can only hope that we can go back to some of this and not that, after this has been resolved, everybody thinks we have to solve problems within each region. It will simply not work.”

As for the overall move to electric vehicles, Weber was clear that BMW is not setting an end date for combustion engines. Before even contemplating that, he argued, the charging infrastructure has to be in place, together with the green electricity infrastructure to charge these cars and a robust flow of raw materials to build batteries. BMW wants to ramp down combustion engine technology and ramp up battery electric vehicles.

“The last thing we want is — maybe because it seems to be politically appropriate — just to cut off things will not work. You have to make sure that this ramp down and ramp up go hand-in-hand and go smoothly. Those are bigger industrial processes and this is not just about single vehicles,” Weber said. He also seemed somewhat bullish about hydrogen, but for heavy trucks more so than for personal vehicles, mostly because of the weight it would take to put batteries into a truck with enough range.

BMW shows off a color-changing car

BMW wants to turn your car into a rolling cinema