Just under a week after Apple’s big event, the company dropped the latest version of a trio of operating systems: iOS/iPadOS 15.4 and macOS 12.3 are now live. For those who don’t live on the beta testing circuit, that means a bunch of key features, including using Face ID with a mask unlock and Universal Control, which offers even more seamless integration between an iPad and Mac.

The operating systems arrive ahead of the new iPhone SE and Mac Studio — one of which we just reviewed. The whole mask unlock thing has been a pretty big bugbear for the past, oh, two years or so. Apple offered a nice stopgap solution in the form of unlocking with the Apple Watch, but this new version makes things more accessible to more users (though, again, you can always stick to the thumb with the SE).

I’ve been using the beta for several weeks and have been satisfied with the results. It works well with a mask and glasses, which was nice during the first real traveling I’ve done since this whole thing started. Naturally, it struggled when my glasses fogged, but I don’t know, that’s probably the fault of Honeywell and Warby Parker as much as anyone. Get it together, folks. The OS will walk you through setting up the opt-in feature, while warning you that things are, naturally, safer when relying on the full face. 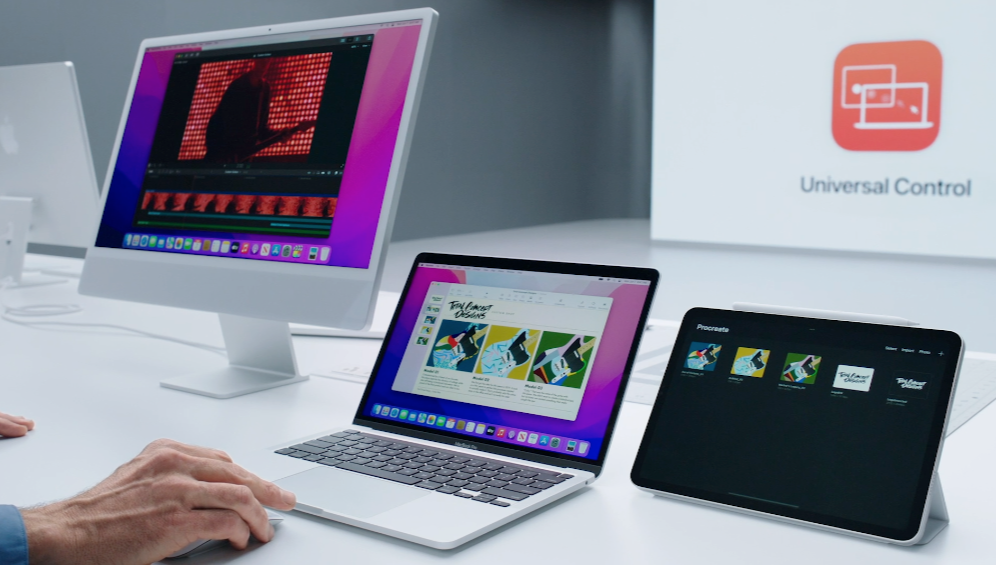 Also new on the phone side is the Tap to Pay feature, which cuts out the middleman card reader to allow iPhone users to accept payments via the NFC chip. That arrives alongside a whole bunch of new emojis — 37 in all. Included are one melting face and another peeking one, which probably didn’t give its name to last week’s “Peek Performance” event, but, really, who can say for sure anymore?

The other big news here is on the iPadOS/MacOS side. Apple’s not positioning it as a Sidecar killer, exactly, but it will no doubt fill that role for many users. The feature makes it possible to synch keyboards, trackpads and mice between a Mac and iPad. That means you can drag and drop files between the devices and operating systems, effectively using a more seamless version of AirDrop.

Both operating systems should be available for download now on your compatible devices.