Raven Gao didn’t set up virtual social platform MEW to ride the metaverse wave. He began working on MEW in mid-2019 with a Tencent veteran because he wanted to build a virtual safe haven for socially awkward introverts like himself.

MEW’s interface can be perplexing for many people at first glance. The lingo and aesthetics of the app have a clear appeal to fans of the anime, comic and gaming (ACG) subculture, Gao remarked. Cute anime-style images and creamy colors embelish the app and command buttons use terms more familiar to ACG fans. Rather than “signup”, MEW calls it “create your traveling file.” Users interact through interest-based hubs dubbed “strongholds” managed by other users, a design similar to that of Discord. Even the app’s name MEW, which is short for “Members of the Excellent World,” exudes an air of camaraderie for fantasy lovers.

The first iteration of MEW launched in mid-2020, and its reach today is still limited. Several tens of thousands of users are active daily, though they spend a long time — 100 minutes on average — dwelling in interest hubs oriented around the usual suspects like games, movies, anime, but also more universal topics like self-improvement and football.

Silicon Valley’s Makers Fund took a leap of faith in Gao in early 2020 when most Chinese investors thought the founder was “out of his mind” trying to build a new social network at a time the industry was dominated by giants like Tencent. In 2021, when “metaverse” became all the rage in both the U.S. and China, Troph, the parent company of MEW, suddenly found itself being coveted by investors at home. 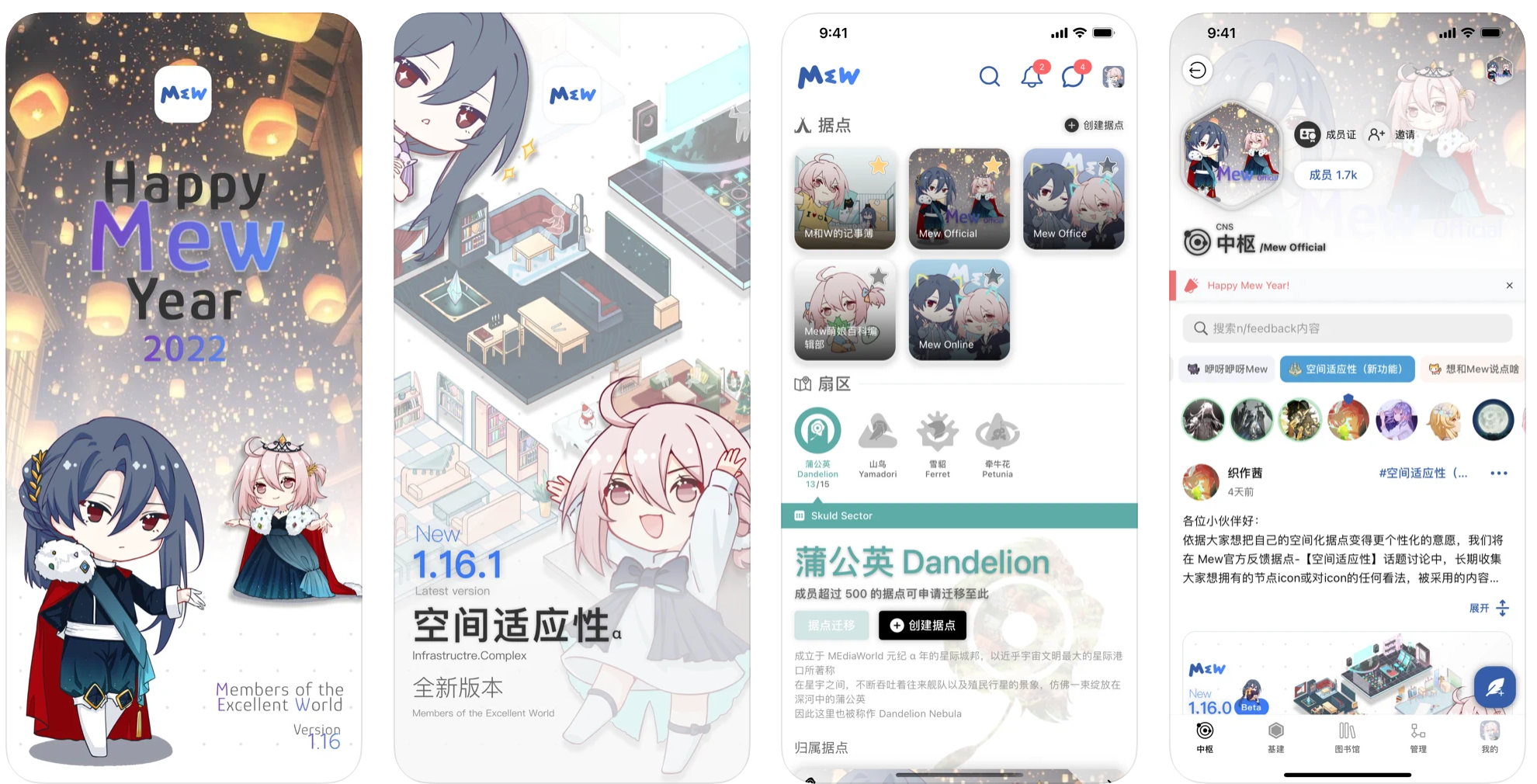 The world today has no shortage of startups claiming to be building virtual worlds and metaverses. But some of these products are “simply an avartar-based social platform mimicking the real world” while others are just “games with some social property,” Gao argued.

MEW, in contrast, wants people to live out their “alter ego” online with complete honesty and comfort.

Gao believes he has the right partner to carry out this vision. His co-founder Qiang Li spent five years at Tencent’s QQ, the most popular social network in China’s PC era, where he led a front-end team building the messenger’s iPad version. Even today, QQ, with its many gamified features, remains largely popular among Chinese youngsters.

MEW hasn’t started monetizing, but Gao hopes to derive new forms of monetization beyond the conventional types for social networks like advertising, subscriptions and donation, by involving its users and sharing potential income with them.

“We want to explore a model in which the users who make contributions to our product can share the rewards,” said Gao.

Blockchain naturally comes to mind as a potential incentive mechanism. But Gao said in the short run, the company won’t issue any coin offering or adopt blockchain.

Troph’s goal this year is to expand to the U.S., capturing a similar game- and anime-loving demographic as it has in China. The company has around 30 staff in China now and is actively hiring in the U.S.