A shrewd entrepreneur joins the 100+ accelerator program sponsored by brewing giant AB Inbev and home consumables emporium Unilever, and spots a pattern. The breweries have tons of spent grain, and the home consumables have a plastics problem. Build a bridge between the two problems, and you have Mi Terro, a company that takes agricultural waste and processes it into proteins that can be used as a plastic replacement, animal feed and much more. The company just raised $1.5 million to start scaling up production.

“Think of Tide Pods — our material is very similar to the polyvinyl alcohol material that Tide Pods are made out of,” says Robert Luo, the founder at Mi Terro. “Except our product has zero microplastics, unlike the Tide Pods that we use today. Our product is water soluble and can break down into water under room temperature. It is also biodegradable. Our in-house data indicates that to naturally degrade will take a year or so. In industrial composting facilities, it can decompose within 180 days.”

Luo started the company back in 2018, inspired by visiting his uncle’s dairy farm in China. A lot of milk was going to waste, and he was curious whether it would be possible to make something of value instead of just dumping spoiled milk. The first product the company developed was a textile fiber made from milk waste. They sold about $100,000 worth of these textiles, and still has some customers in Japan, but it turned out that the B2C model was very hard in this space. That was when he joined the accelerator and discovered that there were industrial applications for similar processes.

“We got connected with Budweiser in China, and we learned that they have a lot of spent grain, which has a very low value. They wanted to create a better way of using it than to treat it as an animal feedstock for cows, which indirectly contributes to methane and global warming,” explains Luo. “So by using the method that we have previously developed, we were able to come up with a new solution that turns agricultural waste into compostable packaging material. And that’s what I’ve been doing since 2020.”

Astanor is the lead investor in Mi Terro’s $1.5 million round, which valued the company at $10 million. The investor raised a fund a while back focused at food and agricultural tech, and it is quickly making a name for itself in this space, with investments in companies as varied as autonomous tractors, removal of microplastics, plant-based foods, threat analysis for climate risk and — earlier this week — AI tech for greenhouses.

The company currently has a team of five, including a team of product experts in China, where the company is planning to stand up manufacturing, and an office in the U.S. The investment will largely be used to scale up production, which will mean making some changes to how things are done in the lab. 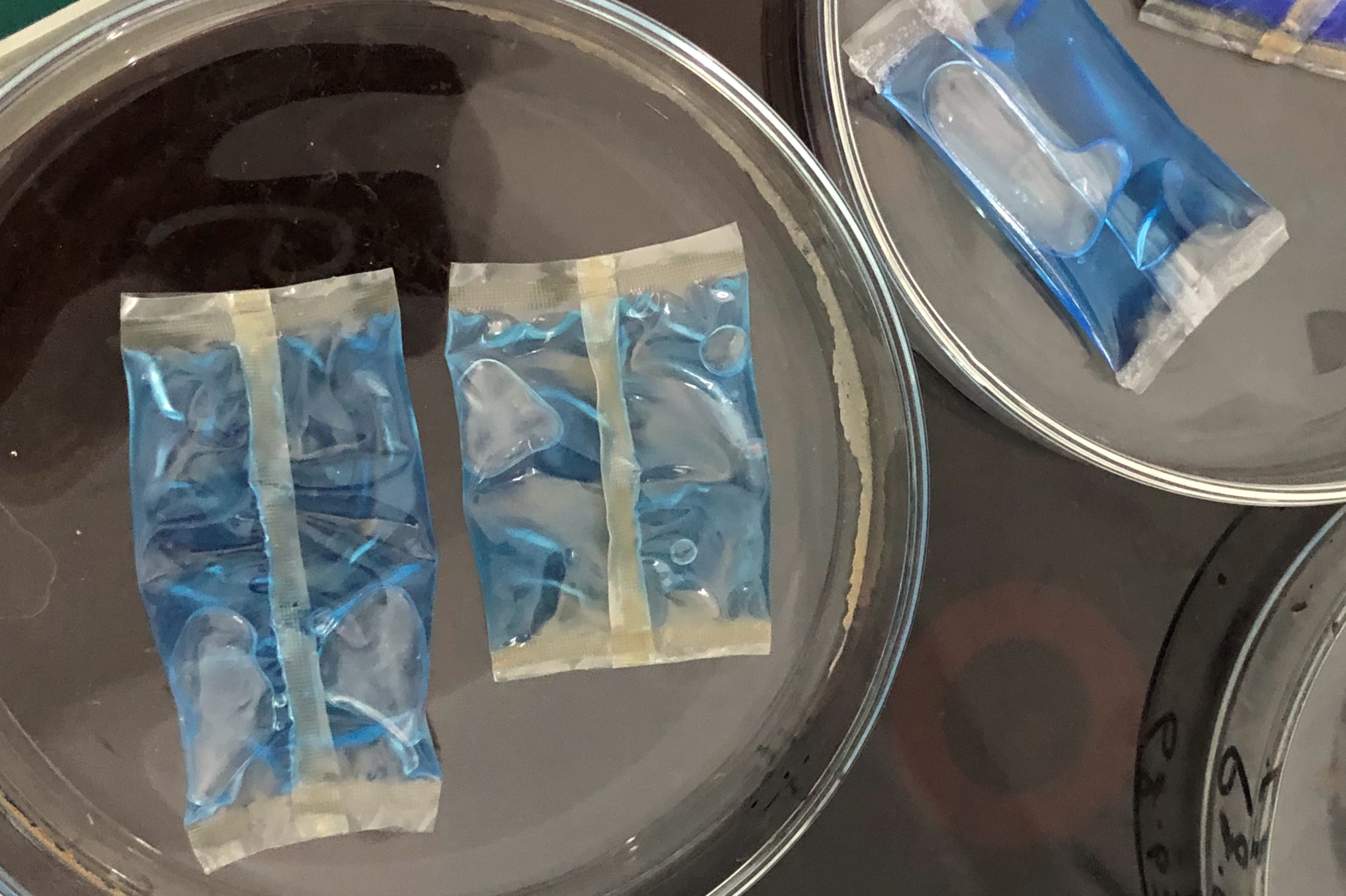 “In order for us to scale up, the method for the processing will be changed and the equipment will be different. And another thing that we have to consider is the logistic costs to deliver spent grain from one of the beer breweries to our facility,” says Luo. “We had to find the best place to locate that and now have to take that into consideration as me move toward scale-up. We have to be cautious, because we don’t want to over-spend on transportation.”

Mi Terro’s process includes two steps: extracting polymers from the agricultural waste — including proteins, fibers and starch, then, when they have the polymers separated out, they modify them by grafting, which bonds monomers into polymers that then can be used in other manufacturing processes. The resulting material can be extruded — a similar process to making pasta; pressing a liquid-like material through a slit to shape it — which means it can be used in many applications where plastic is used today. The company can make straws, containers and boxes. The first products the company is making are flexible films — much like beer labels, Tide Pods and other packaging.

“We are currently developing two solutions for our clients,” explains Luo,” one is water-soluble for applications where that is desirable. The other is water-resistant.”