The D’Amelio family, including TikTok stars and digital creators Charli D’Amelio and sister Dixie, are formalizing their investments in startups with the launch of a new VC fund, 444 Capital. The family is teaming up with Doug Renert of Tandem Capital and producer Jeff Beacher of Beacher Media Group on the fund, which aims to back high-growth companies with strong end-user brands, including those in the direct-to-consumer space, fintech, edtech, healthcare, insurtech and other B2B2C platforms.

The fund has a target of up to $25 million, some of which has already been raised and deployed.

The D’Amelio family said the fund will have a particular focus on women- and minority-led startups.

“Our family wants to help a new generation of female and minority entrepreneurs build great companies. We hope to play a growing role in leveling the startup playing field over time,” Dixie and Charli D’Amelio said in a joint statement.

Though the sisters are the best-known family members due to their TikTok stardom, their parents Marc and Heidi are also participating in 444 Capital.

We understand the fund’s name is meant to reference the number 4’s association with good fortune and positive energy, and will participate at the Series A stage and beyond.

“The new fund will join with top VCs to invest in Series A and later rounds of fast-growing companies that want to accelerate their growth even more,” confirmed Greg Goodfried, Head of the D’Amelio Family Enterprises.

The D’Amelios came to be connected with Renert through Beacher, who had been working with several Tandem portfolio companies on their influencer marketing campaigns. Through his network, Beacher had a connection with the D’Amelios among many other influencers and digital creators. He and Renert had discussions about putting such a fund together, which has a similar focus as Tandem Capital. Renert notes the fund doesn’t conflict with his work at Tandem, however, as the VC firm chose not to raise another fund at this time. But many of Tandem’s LPs have returned to invest in 444 Capital.

The D’Amelios, Renert and Beacher will use their collective networks to source the deals, and will be looking to co-invest alongside top VCs who lead the rounds.

“We want to be additive and not trying to compete for deals with VCs, who we want to collaborate with,” notes Renert. In other words, the idea is to allow the fund to piggyback off the co-investors’ diligence and use their term sheets and documents to move more quickly. 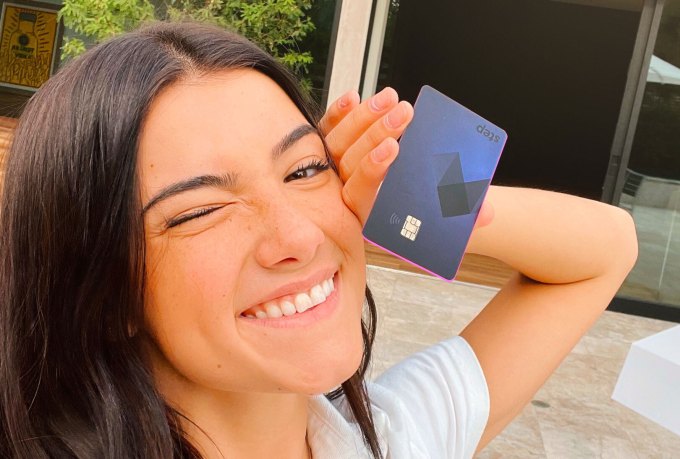 This year, 444 Capital will put in around a million dollars or so per investment and plans to make around 20 deals. Given the D’Amelios’ ability to reach a broad consumer audience through their online social media presence, some of the deals may include a promotional element on the D’Amelios’ part.

“We’re looking for companies with already strong brands that are growing fast, have differentiation and are going after a large market,” Renert said.

The move to create a VC fund follows a series of recent startup investments by the D’Amelios.

Last year, Charli D’Amelio, a top TikTok star, invested in teen banking app Step. And just this past month, the family, including sister Dixie and parents Marc and Heidi, backed Lightricks, an award-winning app developer behind a number of top creator tools for enhancing photos and videos, including Facetune 2 and Facetune Video, Videoleap and others.

The team plans to make a full announcement about the fund soon, but they pointed to Pair Eyewear, the glasses brand that encourages self-expression with its customizable frames, co-founded by Sophia Edelstein, as an early example of a portfolio company. In Pair’s case, the new fund joined the startup’s $60 million NEA-led Series B, which had also touted the participation of another social media star, YouTuber and game livestreamer Ninja.

The other fund participants, Beacher and Renert, have backed a long list of well-known startups and consumer brands, including Airbnb, Lyft, NomNom, Outdoorsy and Tile.

The 444 Capital team plans to make a larger announcement about the fund in the months ahead.