Mark Pavlyukovskyy, Ajay Gupta and Glen Anderson formed New Zealand’s first operator-run fund, NZVC, over the last year and made its first close of $10 million on what Pavlyukovskyy said will end up being around $15 million when all is said and done.

Pavlyukovskyy, who was born in Ukraine and grew up in the United States, came to New Zealand as part of the Edmund Hillary Fellowship visa program just as the country closed the border during the global pandemic.

He had previously exited edtech company Piper and was traveling around to other countries examining their education technology when he learned about New Zealand and the Hillary entrepreneur visa.

“In meeting and talking to founders, I saw interesting talent coming here, but there was no support, and startups were very undercapitalized and had low valuations,” Pavlyukovskyy said. “We started talking about how we could leverage our connections to Silicon Valley to help New Zealand companies scale.”

He says when looking at the New Zealand startup ecosystem, it is similar to Israel and Singapore, and has “fountains of talent.” Despite being isolated geographically, it has a strong connection to the rest of the world. He likened the country’s culture to what you might see in the U.S. and Canada, it has a stable political system and, despite the remote location, has an entrepreneurial spirit. 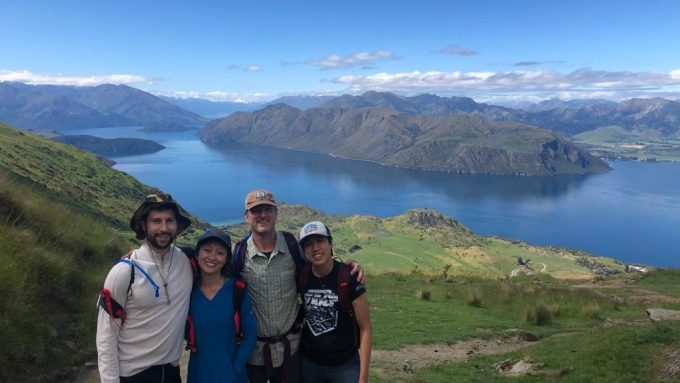 In addition, he saw a very nascent funding ecosystem that mainly consisted of angel investors and some venture investors, but none of them were operators nor had much experience actually building companies from zero to 1, Pavlyukovskyy added.

“There were no other experienced founders to guide them or give them advice on how to build companies,” he said. “Investors were coming in and messing up the cap table or the board structure. We want to come in early to prevent some of these problems from taking place. From me being a serial entrepreneur, I want to be able to give suggestions and advice, which is the fun part.”

As such, NZVC’s fund is targeting the seed to Series A gap. The firm has deployed $4 million into 25 companies so far. Its limited partners are also operators and are either connected to New Zealand or provide an opportunity to get exposure to companies they may not have otherwise seen.

The firm is focused on B2B SaaS, deep tech, marketplaces and the web3 and cryptocurrency space. Now that the pandemic has proven that today’s entrepreneurs can start companies anywhere and locate their team anywhere, that has enabled founders to hire remote teams and do sales outside of New Zealand, Pavlyukovskyy said.

NZVC has invested in companies like Seachange, which is doing hydrofoiling and electric car ferries, and Pyper Vision, a fog-clearing drone for airports. It is also infused capital into companies in the mental health space, including Chnnl, a platform for healthcare workers to give confidential feedback; Sahha, an AI-based tool to analyze mental health passively without asking you questions; and oVRcome, a VR-based product aimed at curing phobias through exposure therapy.

“The New Zealand government strongly supports and subsidizes university research, and as a result, some companies have done well and have had successes,” Pavlyukovskyy added.

Sectors where New Zealand startups are poised to win