Advances in natural language processing are making it possible for companies to gather and learn from customers in new and better ways to help product development teams with their product roadmaps.

Enterpret is emerging onto the scene with its take on building analytics on natural language so that people building the product can learn directly from customer feedback without relying on another company department to provide the information.

The company was co-founded in June 2020 by Varun Sharma, who previously worked at LinkedIn and in customer success for Amplitude, and his brother, Arnav Sharma, who did research on NLP at Uber.

The desire to learn from customer feedback has always existed, but the way companies do it has changed over time, Varun Sharma told TechCrunch. It used to be done via paper surveys that were mailed out, and you had to wait to get them back. Today, every interaction is digital.

“The number of channels that companies interact with customers has expanded to include apps, social media, in-app chat services and the new hot thing of community, like Discord and Slack,” he added. “The people building the products want to know what people like and don’t like, get the curated feedback, but never actually learn from customer feedback. That’s very hard to quantify because it is not a direct query or feedback.”

Enterpret is building and deploying customer-specific models, based on customer feedback, for product development teams. By starting with the machine learning approach for the custom models, Varun Sharma believes there is a higher recall of insights that companies using generic models are not able to produce. 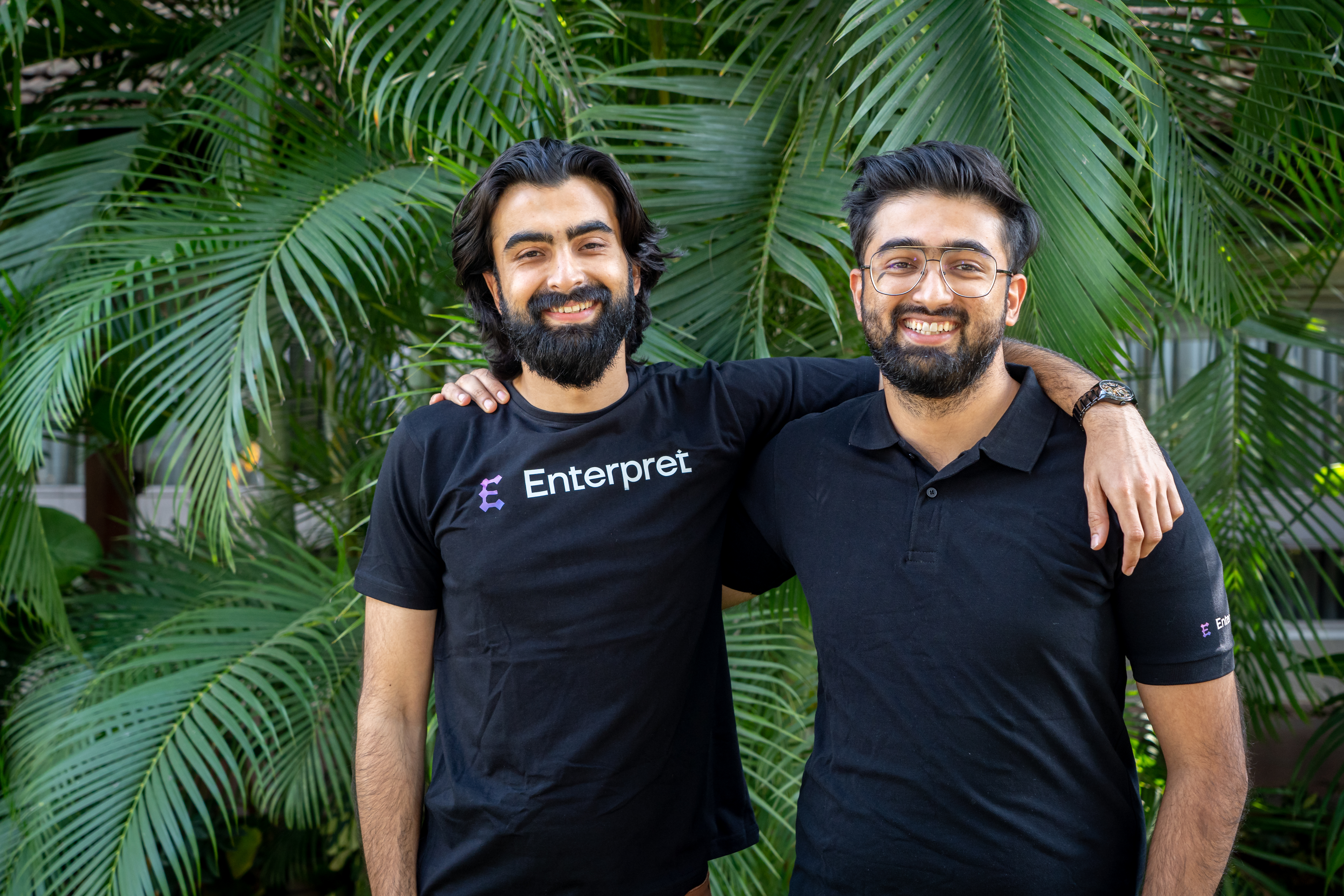 He is seeing a few use cases trickle to the top, including using Enterpret to plan what products or integrations to build, comparing feedback among users in a certain month to detect early signals that might have prevented churn and to run growth experiments to validate a product hypothesis.

In addition to its launch, the company announced it raised $4.3 million in seed funding led by Kleiner Perkins, Sequoia Capital India and Unusual Ventures and included a group of angel investors.

The driver for funding and taking the product out of beta was seeing early traction and positive return on investment from early partners, Varun Sharma said.

Investors agree, with Josh Coyne, partner at Kleiner Perkins saying, “Enterpret has unlocked an entirely new way to distill customer voices to inform product development. Varun, Arnav, and the entire team have a unique vision and an impressive product velocity. We’re thrilled to be part of their journey.”

The Sharmas plan to deploy the new funding into building out a team — it has gone from two to 15 employees already — in areas like R&D, product development and go-to-market.

Since the company has been in R&D mode for the past few years, Varun Sharma was not yet ready to discuss revenue, but did say its handful of customers have been with them for many months, and he feels confident now to repeat the process across the world.

“We will continue to develop a new way of customer intelligence,” he added. “We are building workflows and processes so the right customer feedback reaches the right person at the right time.”