Reface, an a16z-backed synthetic media app that’s developed out of Ukraine, has added push notifications informing its ~200 million-strong global user-base about Russia’s invasion of the country — urging people to #StandWithUkraine, including by watermarking face-swapped videos created with the app.

All videos created in the app are now being watermarked with the Ukrainian flag and the #StandWithUkraine hashtag.

On first opening the app after this update, it also displays an image of civilians sheltering in Kyiv, with a caption that describes the picture as “evidence” of Russia attacking Ukraine.

The message also calls for Russia to be excluded from the SWIFT international banking payment system — in order to “stop the war”.

Reface said another incoming update to the app will urge all users to “Make a statement against war in Ukraine”.

It is also pointing users towards resources where they can help Ukraine.

The startup began the anti-war campaign this weekend and so far it says 9 million messages have been sent out — with 2 million of those delivered to users in Russia.

It’s a surreal turn for an app which typically turns reality into fantasy by mapping users’ selfies onto video clips of famous people — letting consumers live out a few seconds of imaginary fun.

However with Reface employees experiencing Russia’s aggression first hand the team decided it needed to do something to raise global awareness of the situation and encourage people to protest.

Messaging with TechCrunch from Ukraine, CEO and co-founder Dima Shvets said: “Reface has started a massive informational campaign and sent push-notifications to all Russian users, showing the evidence of Russian attacks in our cities, asking people to stand with Ukraine and go for protests. Moreover, we’ve added in-app messages to the users from all over the world to support our country, and now every video made with our app has watermark with #standwithukraine and Ukrainian flag.”

“We understand how risky this campaign is, and are taking all of them. We’ve already got a lot of 1-star reviews and reports from those who were not ready to see the truth,” he added.

Reface is targeting specific messages to its 5.5 million users in Russia who are all being sent push notifications urging them to protest, as well as a link to a video showing a slideshow of war imagery from inside Ukraine — including several images of burnt out and bomb-damaged buildings, as well as photos of civilians trying to shelter.

Captions accompanying the slideshow in Russia read: “Wash disgrace from Russia’s face”; “We can stop the war together”; “Flood the streets”; and “Show the world that we are against it”.

“The initial goal is to spread the real information to Russians and encourage them to protest, as they don’t have an access to independent media or trust-worthy sources,” a Reface spokeswoman told us.

“We do understand the risks and take all of them but it’s such a small price to pay for our freedom. And we hope, App Store and Google Play will support us.”

The Kremlin’s grip on mainstream media in Russia means Russia citizens are routinely exposed to state propaganda — such as Putin’s claim that the invasion of Ukraine is a “special military operation”, not an act of war and unprovoked aggression.

This means that many ordinary Russians may not have seen footage from inside Ukraine since Putin’s armed forces began bombarding the neighboring country from land, air and sea.

The Kremlin has also moved to prevent its propaganda outlets from being restricted by foreign mainstream social media platforms.

On Friday the Russian government said it is partially restricting access to Facebook — apparently in retaliation for the social media platform applying fact-checking labels to Kremlin-linked media outlets.

By taking a stand and denouncing Russia’s war in Ukraine, Reface could be risking similar action by Roskomnadzor. The Russian internet regulator could, for example, lean on Apple and Google to eject its apps from their mobile stores. 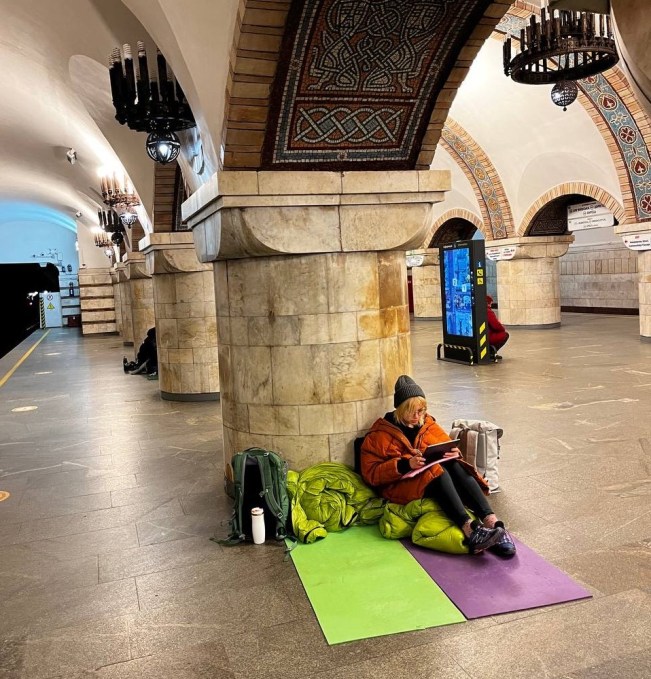 A Reface staffer who has remained in Ukraine sheltering in a subway. Image Credits: Reface

Back in September, the two tech giants bowed to pressure from the Russian state to remove a tactical voting app from their stores created by the organization of jailed Kremlin critic, Alexei Navalny.

Roskomnadzor had threatened them with fines if they did not remove the Smart Voting app.

The internet regulator has also previously targeted VPN apps to try to make it harder for Russian citizens to circumvent local blocks.

Russia’s information-shaping cyberOps expand far beyond hard blocks, though. And it is at least possible that the sudden influx of 1-star reviews for Reface since it added anti-war messaging is a coordinated action by Kremlin-backed disinformation agents attempting to discredit the app and discourage usage as part of wider anti-Ukraine propaganda efforts.

It’s also notable that, announcing a fresh package of sanctions in recent days, the EU added a notorious Russian troll factory (aka the Internet Research Agency) and its oligarch financier (Yevgeny Prigozhin) to its expanded list of sanctioned entities and individuals.

However Reface said it difficult to determine whether the negative reviews of its app since it went public with an anti-war message is a coordinated action or not. (It is — of course — entirely possible and probably quite likely that its decision to push anti-war messaging in what is otherwise purely an entertainment app has simply annoyed some of its users.)

Given the negative responses, Reface is urging people to support its ability to “keep informing the world about the current situation in Ukraine”, as it puts it, by helping it to “keep our rates in App Store and Google Play Store high”.

So even app ratings can be appropriated as a cyberwarfare propaganda battleground, it seems.

Asked about the situation on the ground facing Reface’s team, many of whom are now working from a war zone, the startup told us that most of its staff are still in Ukraine. Although it said some were able to go abroad or have been working remotely abroad since December

Male employees are generally unable to leave the country since the invasion owing to government restrictions.

For those staff that have stayed, Reface’s spokeswoman said a lot have moved to Western Ukraine to try to find a safer location, while others have stayed in Kyiv “helping informationally and technologically from bomb shelters”.

Some have voluntarily joined the territorial defence forces, she also said.

“Despite the fact that the team was forced to split up, we have never been so united,” she told us, adding: “We are brave and strong enough and won’t let the Russian invaders destroy us. However, we won’t stop this war without full support from the world.” 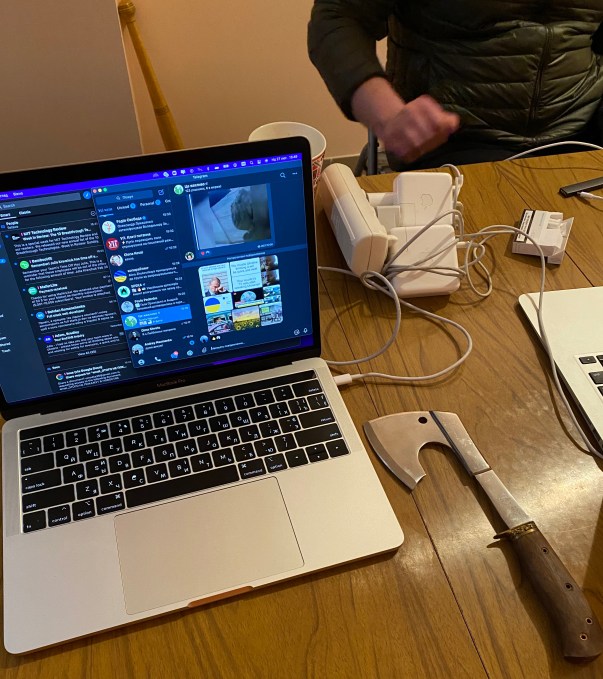 Reface is urging world leaders to impose tougher sanctions on Russia and also provide more support to Ukraine (such as weapons).

On SWIFT, EU leaders had appeared to be wavering over a ban — but on Friday the bloc agreed on sanctions that exclude 70% of the Russian banking market, among a number of other measures (via Reuters).

Later this weekend — in a further step she described as “unprecedented” — the president of the European Union announced incoming measures against Russian state media mouthpieces, Russia Today (RT) and Sputnik (and their subsidiaries).

In the statement, Ursula von der Leyen said the Kremlin’s “media machine… will no longer be able to spread their lies to justify Putin’s war and to saw division in our Union” — adding that the EU is “developing tools to ban their toxic and harmful disinformation in Europe”.

It’s not clear exactly what the EU intends to do, nor how a ban would work in practice — whether it would apply not just to the TV channels themselves but to online platforms that host their content (such as YouTube) — or, indeed, whether it’s even meaningful to talk about blocking Russia’s propaganda machine in the porous (dis)information age — but the fact the bloc says it wants to try is notable.

In digital policymaking, EU lawmakers are often very wary of proposing measures where they could be accused of speech policing. But it seems that Putin has pushed them over that line.