Jamie Beaton Contributor
Jamie Beaton is the author of “Accepted! Secrets to Gaining Admission to the World’s Topic Universities,” and is CEO of Crimson Education, a university admissions consulting company.

Silicon Valley loves to celebrate the cult of the dropout — the inspired entrepreneur who decides that traditional education isn’t for her because it teaches her nothing of relevance, slows her down, and, in a world of readily available information, no longer gates learning resources like it once did.

Legendary advocates of the dropout cult range from Peter Thiel, whose Thiel Fellows program pays students to take a year out of college, to informal mascots like Mark Zuckerberg and Bill Gates, who never completed their college degrees but actually vigorously advocate for higher education.

My perspective on college admissions is informed by supporting thousands of ambitious students globally aiming to get into the world’s best universities and then seeing what happens next in their careers. Unless you are born into a privileged, well-connected family with substantial capital (which is often the vantage point many of the dropout cult advocates come from), your undergraduate degree from a top university is the most powerful socioeconomic opportunity that exists.

To understand the cult of the dropout, I took a deep dive into who actually succeeds at Y Combinator, and the results nearly made me fall out of my chair – and I was already a big proponent for undergraduate degrees.

The dropouts are no ordinary dropouts – they had won places at the most prestigious universities in the world and took high school extremely seriously. 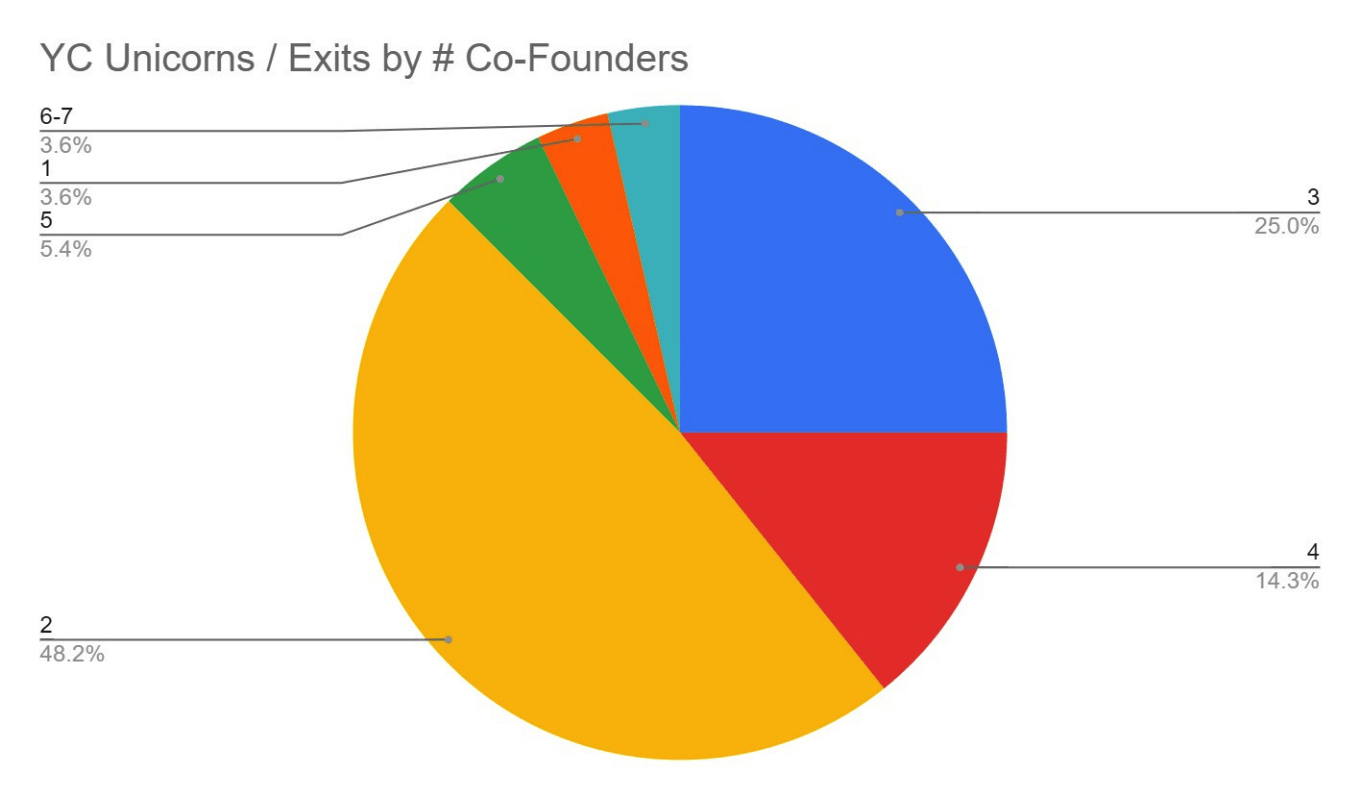 The answer, in large part, lies with their degree. Only 7.1% of co-founders did not go to university. Only 3.9% of co-founders dropped out, and all of them left well-known institutions like Harvard, Stanford or MIT; gaining admission alone sends a powerful signal of their academic abilities. The dropouts are no ordinary dropouts – they had won places at the most prestigious universities in the world and took high school extremely seriously.

Where else did they go? A vast majority of the Indian unicorn founders went to the Ivy League of India: the Indian Institutes of Technology. Founders didn’t just stop at undergrad degrees – 35.7% of co-founders completed some form of postgraduate education.

In my book, I offer a key explanation for this phenomenon: signaling. This is a term coined by Gary Becker, a Nobel prize-winning economist. Essentially, the labor market is so competitive that it is too costly to figure out how talented everyone actually is. As a result, venture capitalists need to use short heuristics to figure out who to bet on.

An elite college degree means a young person spent thousands of hours on academics, extracurriculars and leadership pursuits over an extended period of time and was deemed of a certain quality by an admissions panel. This acts as the signal needed for accelerators like Y Combinator to quickly sort candidates into how promising they may be.

Not every Stanford undergrad will get into Y Combinator, but the hit rate from Stanford, MIT and Harvard dwarfs that of normal universities or folks applying without this level of education.

As I went about raising growth capital from some of the world’s top investors, I would often hear investors mentioning that certain founders were “investable” and others were not. As I dug into this definition, it often revolved around how compelling the academic credentials of the founder were. Did this person seem backable, and would the fund’s institutional investors scratch their heads or be supportive?

Peter Thiel is perhaps one of the loudest advocates for dropout hysteria. He himself received an undergraduate degree and a J.D. from Stanford. In my research, it is hard to find individuals who supported the university dropout path who didn’t themselves have the buffer of an elite institution.

Founders Fund, Peter Thiel’s personal venture fund, sounds like it should be the place to be for aspiring investors without an elite college education. A closer look reveals the opposite. Of the 18 people working at Founders Fund, there are 18 elite degrees, including six Stanford undergrads, a Harvard J.D., two Stanford MBAs, a Stanford J.D., a Cornell undergrad, a Yale undergrad, an MIT undergrad, a Duke undergrad and more. One investor got close: They won an award for “most likely to drop out” – but still finished their MBA.

The best advice is followed by those who give it — only then do you know it is battle-tested. If you aspire to be a unicorn founder and rock the world through entrepreneurship, the most effective launchpad is a top-tier university degree.