Two years ago, entrepreneur Derek Low lost his hotel in Bali and began selling homemade cheesecakes online to make ends meet. However, he found it difficult to find an easy e-commerce tool that enabled him to quickly get up and running to take orders.

Low noticed that 200 million businesses rely on the phone or messaging apps, like WhatsApp or Instagram, to take orders, a hard-to-track process that made it tough to collect payments. He also saw that a professional e-commerce website takes weeks to set up and is costly for new businesses. 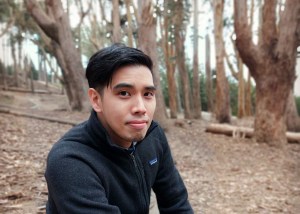 Pairing up with Zhicong Lim, they founded the Singapore-based Cococart, a tool to enable merchants to set up an online store in minutes with no code, no design and no app downloads. The store comes with everything from order management to mobile payment solutions. Merchants can manage their own sales without apps or marketplaces that charge unsustainable fees and commissions, Low added.

“Honestly, managing orders is hard,” he said. “Most local businesses are still taking orders on WhatsApp and managing their orders using spreadsheets. It sucks up so many hours of time, which could be better spent growing the business. We’re at the forefront of a new wave of local entrepreneurs. We’re inspired every day by stories of our merchants who started from selling food from their kitchen, but are now running retail stores with commercial kitchens. Our mission is to transform local businesses and empower business owners to pursue their passion.”

Many of Cococart’s merchants are just like him, he said. The pandemic created a new generation of independent business owners, and they represent a fast-growing segment in e-commerce. What’s also helping is that people are now more used to ordering online, a behavior Low doesn’t see going away.

“Like myself, many people who lost their jobs turned to side hustles online, which then became their main source of income,” Low added. “These entrepreneurs realized that running their own business was both more profitable and fulfilling than working for others.”

Since its launch, Cococart is a profitable company, with over 20,000 merchants in 90 countries signed up that have collectively taken over 500,000 orders and earned more than $15 million.

For example, one of the company’s top merchants is INDOCIN, a company providing on-demand artisan Indonesian cuisine. Low said when the owner started with Cococart a year ago, she was selling her homemade food from her kitchen. Today, she employs a team of 24 and owns a retail outlet.

In 2021 alone, Cococart grew its merchant count 30 times and customer growth by 46 times, according to Low. During that same time, the company grew the team from just the two founders to 22 people across 12 countries.

Low intends to use the new funding to continue hiring and customer acquisition.

“We’re just getting started,” he added. “Our goal is to define the next generation of commerce. There are still so many challenges in starting and running a business that we want to solve, from deliveries to supply chain to financing. We see a massive opportunity in front of us and we want to bring Cococart to 200 million businesses worldwide.”