Much of the e-scooter conversation has been dominated by the happenings of shared vehicles, the companies that deploy them and the cities in which they are deployed. But Carson Brown, co-founder and lead designer of Taur Technologies, a London-based e-scooter brand, says it’s time to separate scooter sharing from scooters as vehicles.

Taur came onto the scene in 2019 to launch a pre-order campaign for its premium, sleek, white e-scooters that are built with a foot deck that lets riders face forward while riding and a couple of big ol’ tires. The plan was to launch in London, but the U.K. has still failed to legalize privately owned e-scooters.

Instead, Taur is launching in Los Angeles after raising $1.75 million from Trucks VC, a San Francisco VC firm specializing in the future of transportation. While it would be a stretch to say the electric scooter market is mature, it is certainly far enough along that a new company entering the industry is notable, if not potentially exciting.

“When we started, I guess sharing was really quite prevalent, and we made the confident, brave and stupid decision to say, actually, we think it’s going to go to ownership,” Brown told TechCrunch. “So we’re seizing the opportunity of markets that are embracing these vehicles, and we see LA as a great place to be, not just from a product perspective, but because we see a brand as a huge part of our job. We’re going to change how scooting looks to the normal person. If we can do that, we’ve done our job.”

In other words, Taur wants to create a cultural shift that sees scooters not as niche or “second-class-citizen activities” but as aspirational methods of transportation. Most scooter companies don’t have much in the way of character, and they certainly haven’t done much for the culture, said Brown.

“It’s always been make it as cheap as you can and sell as many as you can,” he said. “We were drawn by the opportunity to deliver something that really was at the cutting edge and at the forefront and actually became the product that people reference.”

Unagi scooters have been referred to as the iPhone of scooters. The brand’s recently unveiled next generation, the Model Eleven, is a smart scooter with advanced rider assistance features like object detection and warning, as well as built-in speakers and more. That vehicle will cost around $2,860, and its standard Model One comes in at around $990.

While Unagi has tapped celebrity influencers like Iggy Pop to up the cool factor of its scooters, Brown doesn’t reckon the company has pushed the form factor to its limits enough. He’s hoping Taur’s strategy of building a well-thought-out scooter from a design perspective that looks sexy and is priced on the premium end ($1,495) will help achieve the culture shift necessary to encourage ownership. 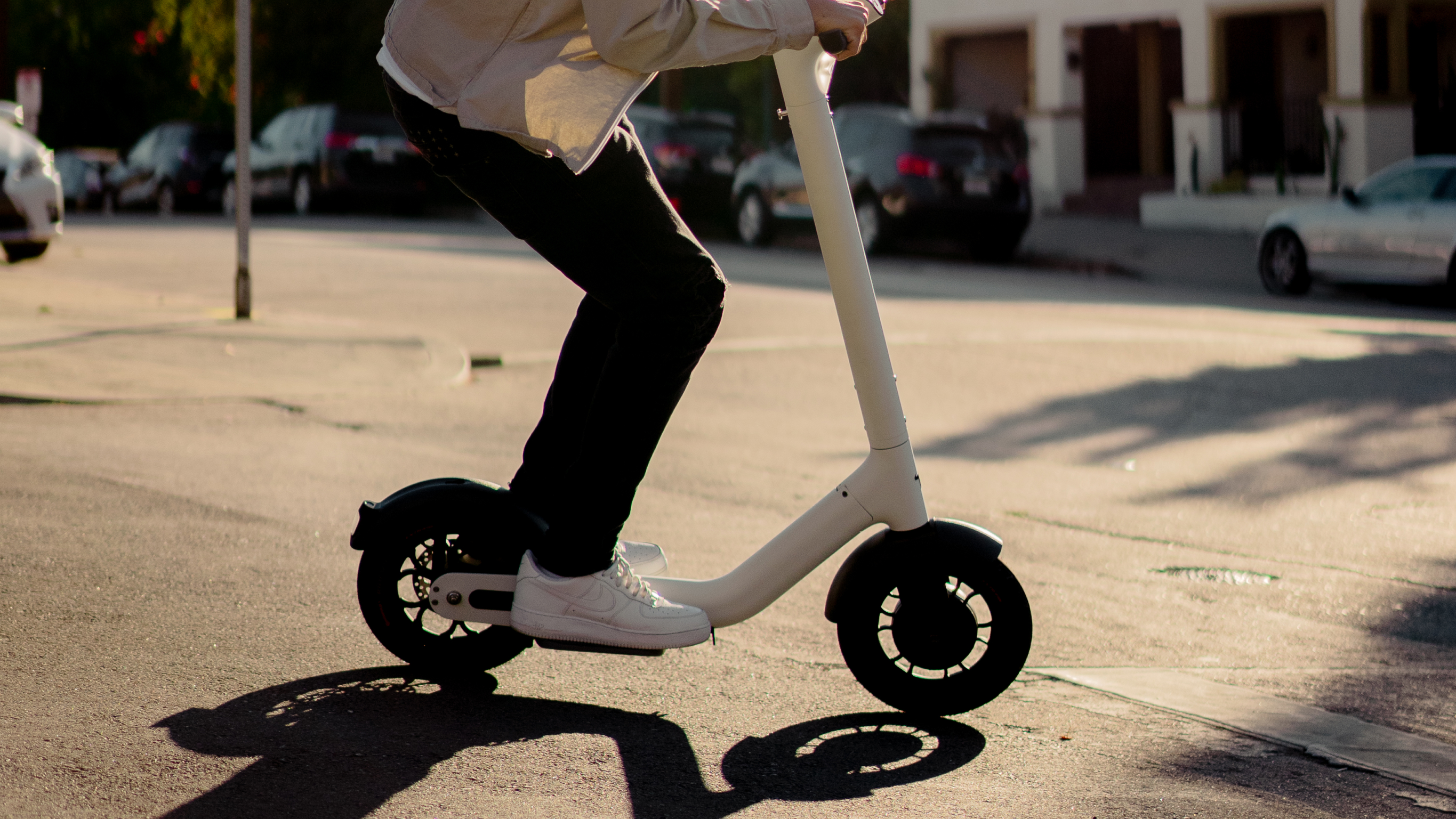 At the forefront of that strategy is obviously the front-facing deck, which allows riders to assume a “twin ski” ride position with both feet positioned on two fold-down foot platforms. This, Brown said, gives riders an equal view of the road that they wouldn’t have from standing half sideways and half forwards as you do on other scooters. It also helps with stability, he added.

“If you think of when you’re skiing, you can adjust how much weight you put on each foot, and that steers the vehicle in addition to the handlebars,” said Brown. “It’s a bit of a different feel. I’ve had a lot of moments from people who were generally really firm and said, ‘No I like it the way it is,’ and then they try it and are like, ‘OK, I really get it now.'”

Taur’s scooter has very large Continental tires that come in 50% larger than most e-scooters. It also comes with three lights – The front light is a wrap-around, which not only provides the rider with great visibility but also allows other road users to see the light from the side and behind the rider. There’s also a dedicated brake light, as well as a projection light in the rear that shines upward onto the rider to make them fully visible. And for convenience while traveling and easy storage, the scooter also folds up nicely.

It’s only available in white for the moment, but that was both an aesthetic choice and a functional one, Brown said, adding that a white scooter not only stands out from the sea of black and silver scooters hitting the market, but also can be more visible to other road users.

Too many scooters on the market are unserviceable by the average bike shop and have poor customer service channels, said Brown. Taur’s scooter was designed modularly, which means it is made up of five modules that can be swapped out for easier maintenance.

“‘Built for ownership’ was there from the premise,” said Brown. “You can do a tire change in under five minutes, and if you don’t have a tire lever, you can use a spoon. When you’re a user of these vehicles and you’re designing them, you know what the bar is and you know that no one’s hitting it.”

Taur is due to start shipping pre-orders for its scooter over the summer, and from August onward, the startup will be selling direct to consumers in LA exclusively. The scooters will include a 30-day money-back guarantee, plus a warranty. Customers elsewhere in the U.S. can put down a $100 deposit to secure a spot on Taur’s waitlist.