Paying bills is never easy, but the last couple years of hardship have made it even tougher. Promise works with utilities and government agencies to provide flexibility in payments for people who can’t cover their whole water or electricity bill at once. The company has seen enormous growth over 2021, and just raised a $25 million B round to keep accelerating.

Promise works with government agencies and related organizations that collect anything from utility bills to license fees. Ordinarily payment processes for these are very rigid, and don’t account for fluctuations in income or free cash; Promise provides a plug-and-play interest-free installment payment plan for something like an electric bill.

“For people with money, we want systems with as much flexibility as possible, but for poor people that’s not how it works. If you don’t pay by the 5th, you don’t get the service, and you face the consequences,” said Phaedra Ellis-Lamkins, CEO and founder of Promise. For instance, fail to pay your commercial driver license fee on time and you don’t get the license, so you can’t work to get the money to pay for the license, or your gas bill, so you have late fees, and so on. In a time of enormous fiscal uncertainty, such inflexibility doesn’t really make sense.

Ellis-Lamkins explained that the old systems are based around the idea that if someone doesn’t pay, it’s because they don’t want to, and they are punished with fees and interest, or required to go to a predatory service like a payday loan outfit. Promise takes a different position.

“Our thesis is that structurally, they can’t pay — it’s not a choice,” she said. “If you build a system that works better for people, they will pay.”

This idea seems to be supported by the data: places where a majority of people lived with rolling government debt were suddenly paying it at rates above 90%. “The science of what we do is getting better and better,” she added. And governments have recognized that it makes sense to subscribe to a service that makes it far more likely that income will actually come in.

With $20M A round, Promise brings financial flexibility to outdated government and utility payment systems

We talked with Promise almost exactly a year ago when it raised $15 million to expand operations, and expand it has. The year saw the company’s revenues and customers (that is to say utilities, not bill payers) increase by 32x and 45x respectively. And it said that just in the opening weeks of 2021 it has already booked multiples of those multiples.

I asked what that growth looks like. “It looks like adding child support, it looks like adding parking tickets — we have a pretty diverse client set,” she said. “We just want people to not face the negative consequences of government debt, and we don’t want people to pay interest on it. We’ve gotten good at getting money in, but we’ve also wanted to get really good at getting money out.”

As she explained, Promise’s direct interface with someone like a utility gives them insight into things like government subsidies or stimulus checks. For many, getting some money or discount that’s been officially allotted to them means filling out paper forms, providing tax records and visiting a place in person — not exactly convenient even outside pandemic conditions. Government agencies know which people qualify but don’t alert them proactively — so Promise does on their behalf. 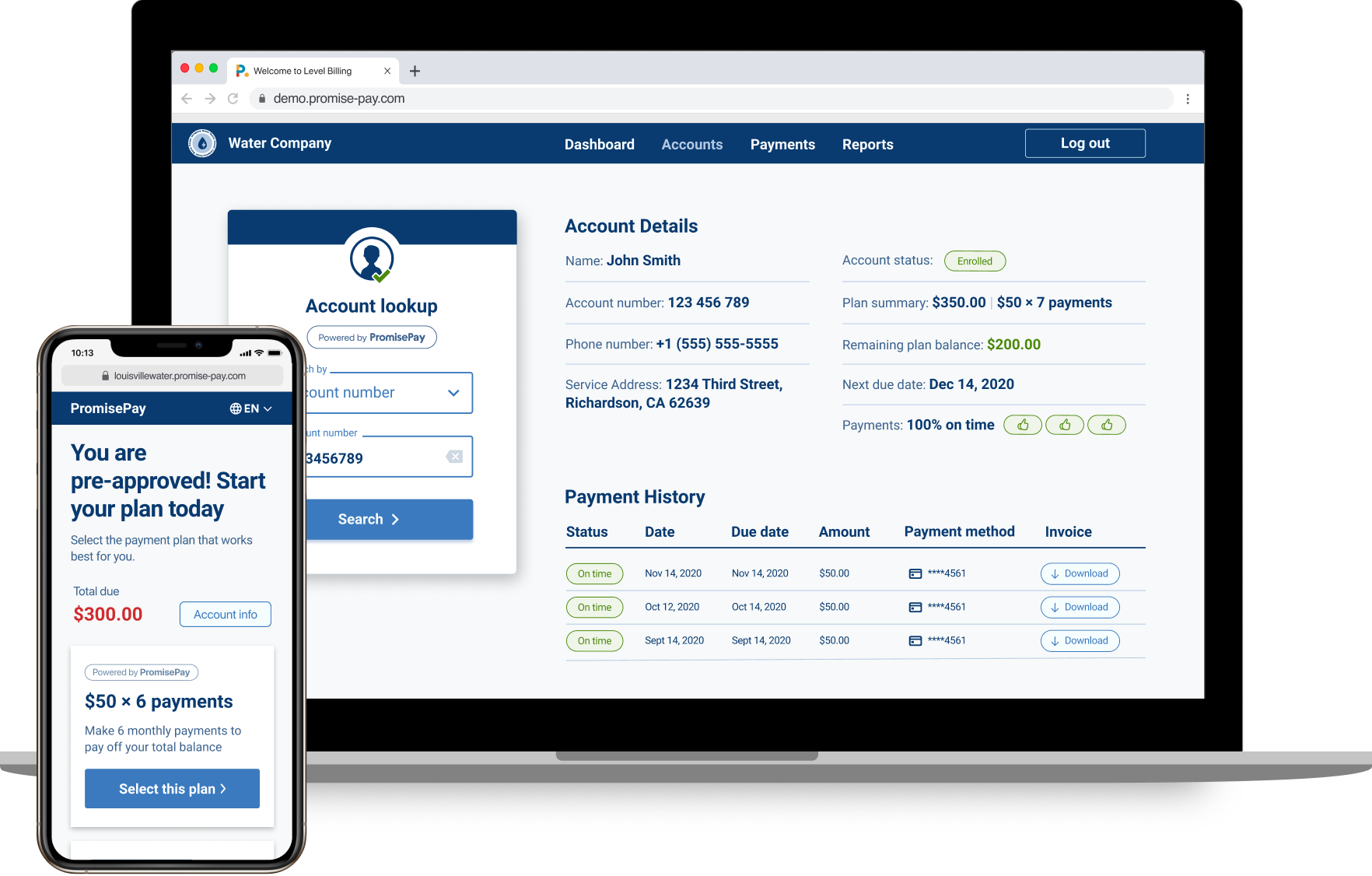 To be clear, this is money that local and state governments want to give away — budget items or federal money that might be lost if not awarded. But like any bureaucracy, neither speed nor communication is their strong point. In a Louisville case study, Promise gave out 10 times what the local authorities had more or less by texting eligible people and saying “come and get it.”

A pleasant consequence of Promise’s work is it puts pressure on predatory lending and collection agencies that made their living off those struggling to get by. Few will be sad to see these unsavory business models reduced to desperate circumstances, like the people they target.

As it becomes clearer that you catch more flies (and bills) with honey, more local governments are signing up and paying the subscription fees that provide Promise with revenue; users aren’t charged. The $25 million in funding will cover the hiring necessary to handle all these new customers, and, although Ellis-Lamkins declined to go into detail, expand the company into doing payments work for the Feds. That’s a big fish to land, and we can probably expect Promise to keep growing.

This B round was led by The General Partnership, with participation from Kapor Capital, XYZ Ventures, Bronze Investments, First Round Capital, Y Combinator, Howard Schultz and others.