Okteto, a startup that makes it easier for developers to quickly spin up Kubernetes-based development environments in order to speed up their development process, today announced that it has raised a $15 million Series A funding round.

The company, which participated in Y Combinator’s Winter 2019 class, already counts companies like Monday.com, LaunchDarkly and Replicated among its customers. 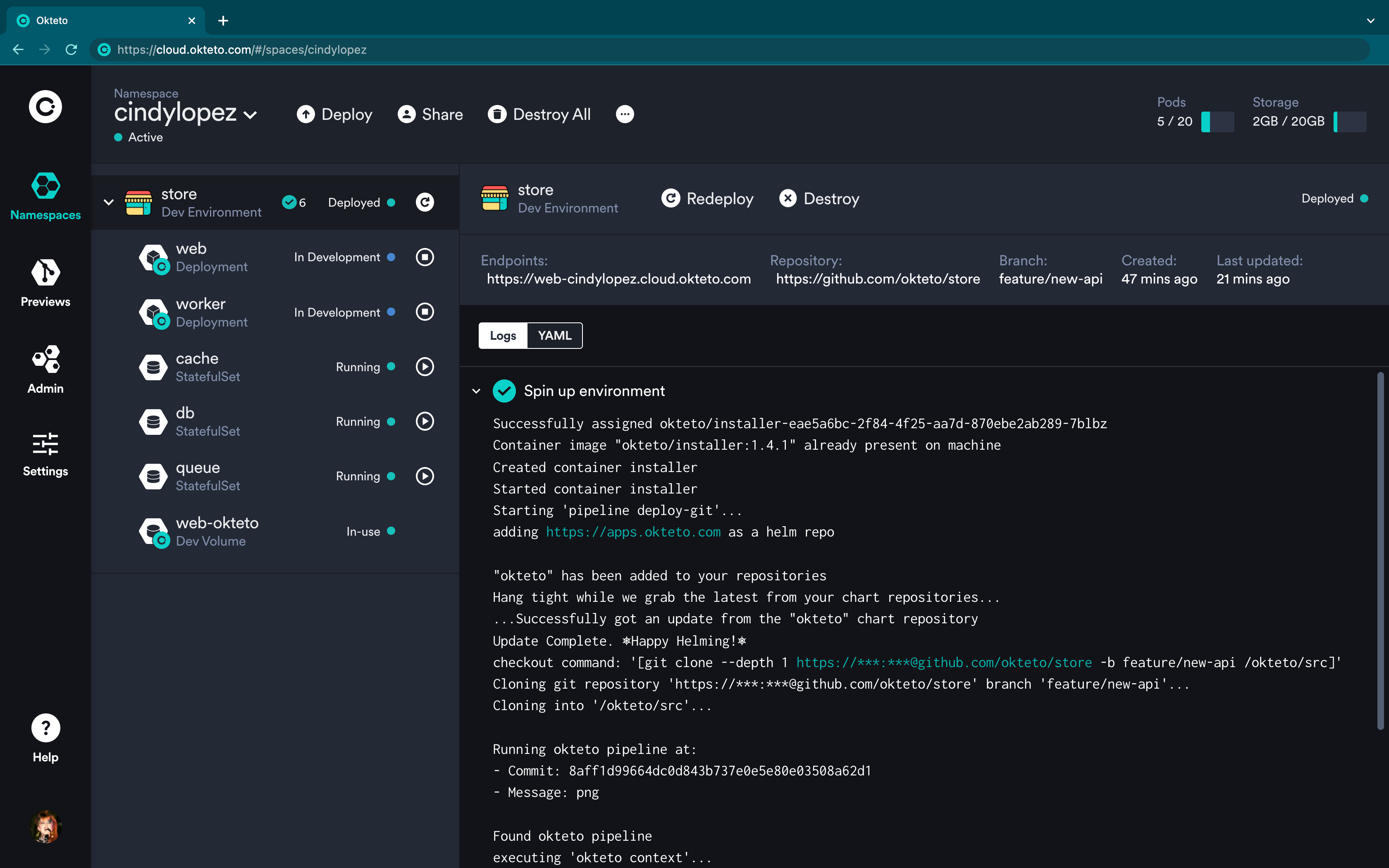 As Okteto co-founder and CEO Ramiro Berrelleza told me, the idea for the service came from his experience at companies like Microsoft and Atlassian. There, he noticed that Kubernetes and microservices made life easier for operations teams, but not necessarily for developers.

“You have all of these really cool tools for production, deployment, containers, Kubernetes, microservices — but what I saw from my side as a developer was, ‘hey, all this is great, I see why it’s super useful for production — it all makes a lot of sense — but it makes my life as a developer harder,'” he said, comparing today’s development practices with tools like Ruby on Rails or the kinds of server applications he built at Atlassian. When Berrelleza met with his co-founders Pablo Chico de Guzman (CTO), who was previously at Docker, and Ramon Lamana (CPO), who previously worked at Atlassian, they realized that they all faced the exact same problems. As is so often the case, that’s what gave the team the impetus to try to solve this issue once and for all. 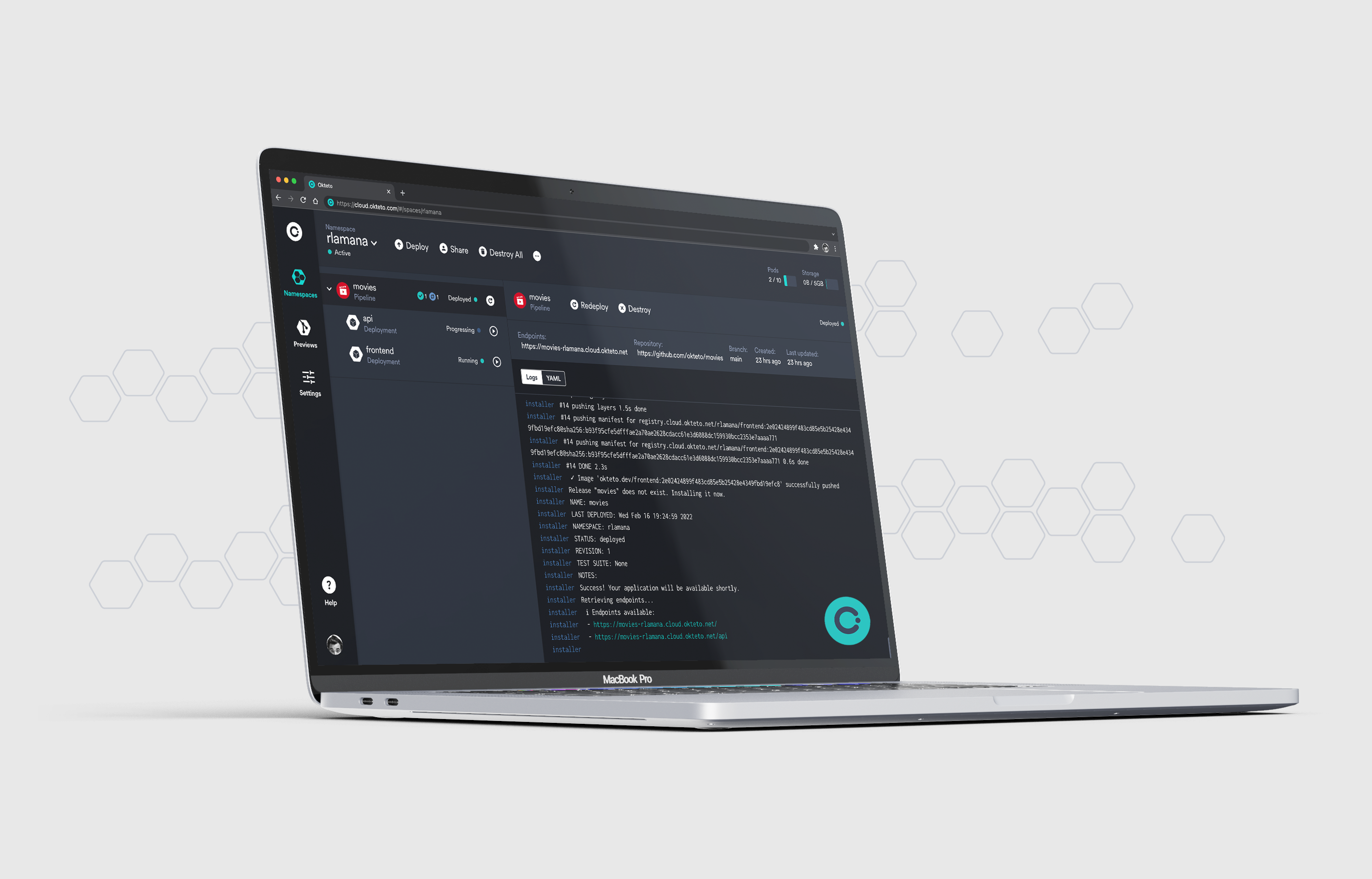 The core idea behind Okteto is that the development environment should look exactly like the production environment. “The first key was that we need to give developers access to something that is as close to production as possible — without the complexities of having to wait for things to be deployed and having to go through all this build process,” he said.

With Okteto, developers get remote dev environments running on Kubernetes clusters with all of the microservices, databases and other services that would run in their production environment — and once they are done with their work, they can shut down the environment just as easily.

Berrelleza noted that part of the company’s philosophy is to ensure that its service integrates with a developer’s existing workflow. So if there is already a Docker Compose file that codifies the production environment, Okteto can take that to set up the dev environment, too, for example (or developers can write their own okteto.yml manifests, too).

The team is looking to expand its feature set to go beyond setting up dev environments to also include tools for writing tests, but also to extend its ephemeral environments to more use cases. Last year, it shipped what the company calls “preview environments,” for example, which its customers can use to show off the current state of a project to their own customers, designers or other stakeholders who wouldn’t typically be part of the software development process. “The software development process is not just writing code. The more you can bring in these people early on in the cycle, the better it is for everyone,” Berrelleza said.

Okteto isn’t the only company tackling this issue. Just yesterday, Signadot launched its service into public beta and it, too, promises to provide developers with faster feedback loops thanks to its ability to quickly spin up production-like environments for testing. Both companies take slightly different approaches to this from a technical perspective, but their goals are very similar.