TechCrunch Live has an exciting slate of episodes scheduled for March. The speakers come from a variety of disciplines, backgrounds and locations. Like always, each episode features an entrepreneur presenting their early pitch deck along with the investor who funded the company. We want to know how the founder hooked the VC, what makes their partnership work and how other founders can improve their storytelling and pitching.

We have Agility Robotics’ co-founder and CTO, followed by Snorkel AI presenting an early pitch deck, which laid the groundwork to raise $135 million in two years. DoubleVerify and early investor Blumberg Capital is speaking on how they’ve worked together since 2008.

TechCrunch Live helps founders build better venture-backed businesses. We do this by bringing together startup founders and the investors who back them to talk about what, precisely, helped close the deal. What metrics are the investors looking at? What questions did the founders answer that made the VCs want to learn more? How did the founders communicate their grand vision, and what was the step-by-step plan to get there?

We cover all this — complete with looking at these companies’ early pitch decks and more — on TechCrunch Live. TechCrunch Live is also home to the TCL Pitch-off, where founders in the audience can get on our virtual stage to pitch their startup to our esteemed guests and get their live feedback.

As with any TechCrunch event, this weekly series also features networking so you can meet and greet other attendees.

The event goes down every Wednesday at 11:30 am PT / 2:30 pm ET and is free to attend. Networking and the pitch-off submissions start at 11:30 am PT, followed by the interview at 12 pm PT and the live pitch feedback session at 12:30 pm PT. Only TechCrunch+ members get access to the complete library of on-demand content, so if you haven’t yet, sign up now!

And without any further ado, here is a look at the outstanding guests joining us on TechCrunch Live in March.

Register for TechCrunch Live with Playground Global and Agility Robotics 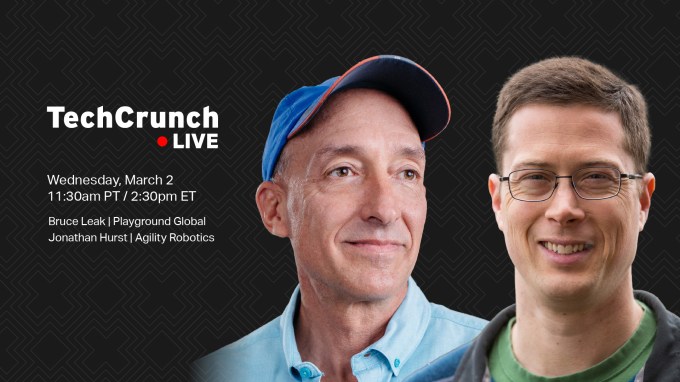 Snorkel AI was founded in the summer of 2019 and over two quick years raised a total of $135.3 million in funding over five rounds. The rocket ship seemingly still has fuel, too. The company isn’t slowing down, and TechCrunch Live is thrilled to host co-founder and CEO Alex Ratner and Greylock partner Saam Motamedi.

Register for TechCrunch Live with Greylock and Snorkel AI 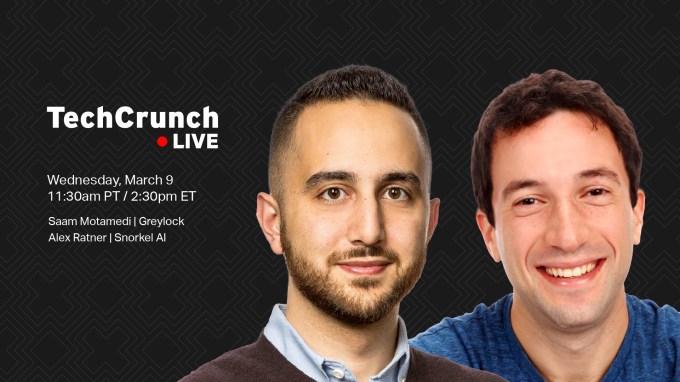 Register for TechCrunch Live with Blumberg Capital and DoubleVerify 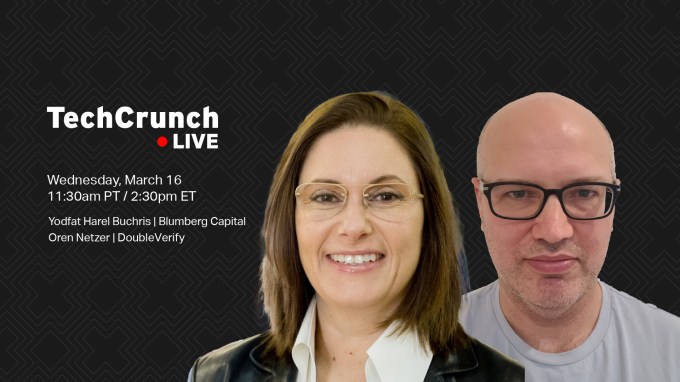